I raise a "woof" of approval

Puppy saved from the top of a Norfolk Southern train:


Tina Parker, of Pickens, said she and her family were driving home on Sunday night when they stopped at a red light by the Walmart store in Easley, S.C., as the train passed by. Parker said she spotted what she at first thought was trash on top of the train. But she said the "trash" started moving and she realized it was a puppy. Parker called 911 and then followed the train on to Liberty.

The 3 month old puppy seems to be doing well. 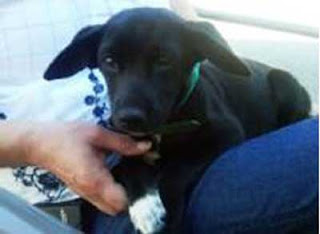 I'd like to think that there's a special place in Hell for someone who would put a puppy up on the top of a train.  Well done to Ms. Parker.
Posted by Borepatch

What the hell is wrong with people?

Listening to Mark Levin (Mark’s a dog person) last night, a caller related how his soon to be ex-wife took pictures of the husband’s dog being put down & sent them to him. The dog wasn’t sick, apparently.

I do hope this woman finds her soul-mate (puppy on train person) in Hell.