The reason for smaller government, parts CXLIV and CXLV

From Her Britannic Majesty's realm comes this:

Riot police raided a 30th birthday barbecue because they thought the organiser, who had invited his friends via Facebook, was staging a rave.

Four police cars, a riot van and a helicopter moved in on Andrew Poole's gathering which was taking place in a field owned by a friend.

Guests show up at 3:00 in the afternoon, they hadn't started playing music, and were just lighting the grill when Police Constable Plod shut things down. When asked for comment, a Police spokesperson said:

'Had it gone ahead, it is likely that far more of our resources would have been used to police the event and there would have been considerable disruption to neighbouring properties.'

A party on private property, not causing a nuisance, shut down because it would have caused disruption if it had, well, started causing disruption. Or something.

And from the Land Down Under, we see that Police Constable Plod is working overtime on, well, something:

The Queensland Police plans to conduct a 'wardriving' mission around select Queensland towns in an effort to educate its citizens to secure their wireless networks.

'Wardriving' refers to the technique of searching for unsecured wireless networks by driving the streets armed simply with a laptop or smartphone seeking network connections.

The common thread in both of these is a very poor ability to prioritize by the local police departments. The only way for a free people to interpret this is that police budgets are bloated, and adjust them correspondingly downwards in future.

Of course, we're talking about the UK and Australia, where "free" no longer meaningfully applies to the population, in some fundamental respects. Not that things are so great here, but we still have these, at least for a while: 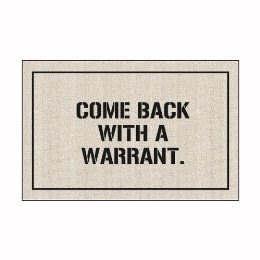 It seems to me the English have lost their minds.

heheheheh... He's almost destined to be a prig with a name like that.

I'd like to think that American citizens would generally bow up against shenanigans like this and refuse to stand for it. Part of me is glad that the erosion of our liberty has been more "in your face" lately. I think it'll be more likely to cause a backlash by the public than a slow, gentle dismantling of our freedoms.

Kind of like if you throw a frog in a hot pan it will jump out, but if you turn up the heat slowly it'll be too late before he realizes he's screwed.

Wardriving, eh?
They would have loved my setup when I was living in the Pittsburgh area. I had an extra wireless router so I powered it up and just connected it to an old Linux box that I had and I set its SSID as "[borough name] Free Public WiFi". The router and Linux box weren't connected to anything else. It was rather humorous to see the same computers trying to connect to it over and over again

MedicMatthew wins the Internets! Kind of literally, in this case.