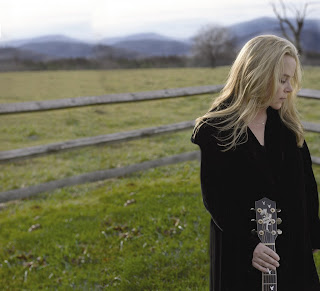 Nothing captures this feeling better than Mary Chapin Carpenter's song, The Moon And St. Christopher. She described this mood in one of her bi-monthly columns in the Washington Times:

The interconnected themes of regret and redemption -- not to mention that of the mighty and the proud getting their inevitable comeuppance -- have long been rich veins mined by artists, particularly in traditional country music.

Carpenter was one of Country's biggest stars in the 1990s, winning five Grammys in four years between 1992 and 1995. Her 1990 platinum album Shooting Straight in the Dark was followed by 1992's quadruple platinum Come On Come On and 1994's double platinum Stones in the Road. And then the commercial success was gone. Which is a shame if you, like me, like songs with more depth than the typical Country Pop du jour.

When I was young I spoke like a child, and I saw with a child's eyes
And an open door was to a girl like the stars are to the sky
It's funny how the world lives up to all your expectations
With adventures for the stout of heart, and the lure of the open spaces

There's 2 lanes running down this road, whichever side you're on
Accounts for where you want to go, or what you're running from
Back when darkness overtook me on a blind man's curve

But now I'm grown and I speak like a woman and I see with a woman's eyes
An open door is to me now like the saddest of goodbyes
It's too late for turning back, I pray for the heart and the nerve