Sitemeter sometimes serves up some interesting referral strings. It's quite a relief that I'm way down the list (page 4) for "photos of mcdonald's naughty wife". Um, dude? I think you're looking for this. I expect you'll be disappointed, but hey, what do I know? 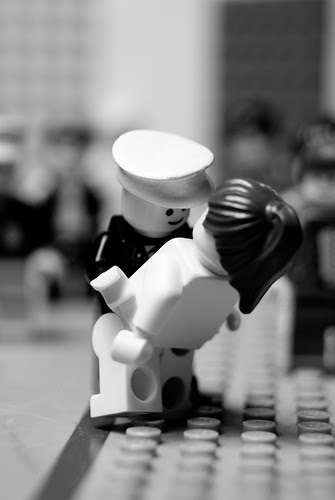 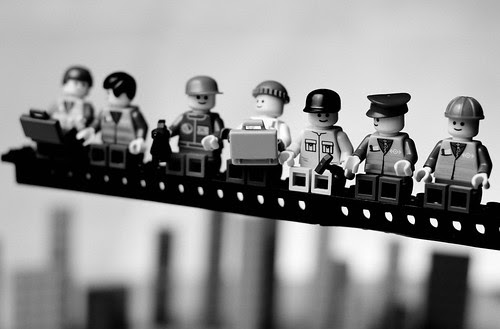 Sometimes the referrers lead me to something amazing, like this. Mike Stimpson recreates famous art photographs using Lego. Here's Eisenstaedt's photo of the sailor kissing the nurse in Times Square on V.J. Day, and here's Stimpson's Lego recreation. He had to use an airline pilot, because he says that Lego doesn't seem to make sailors.

And here's Charles Ebbet's Lunch Atop A Skyscraper.

With Lego, he recreates D-Day, the raising of the American flag on Iwo Jima, and the protester in front of the tank in Tiananmen Square.

He has non-Lego art as well. My favorite is Spaghetti Code (click through to see it; it's well worth your time if you're a tech geek like me).

And oh, yeah - chicks with guns: 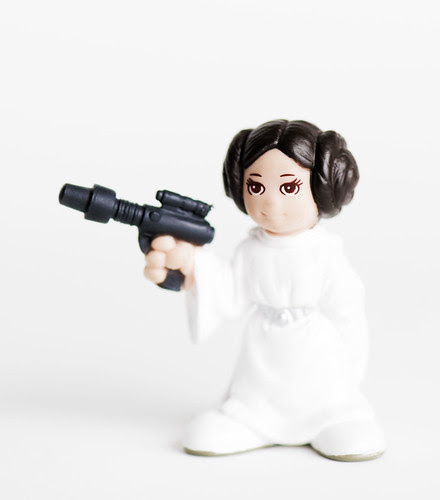