I must say that I quite enjoyed the year we sojourned in Her Britannic Majesty's Scepter'd Isle.  The kids were small (and so were portable) and so we went all over the place.  It's said that Americans think that 100 years is a long time and that Englishmen think that 100 miles is a long way.  Because the company I worked for gave us the "Magic Petrol Card" (basically a credit card for gasoline where the bill went straight to them), and since I (as an American) thought nothing of driving 100 miles, we saw all parts of Blighty.

But one of my strongest memories of that year was when I when to the Real Ale Festival (motto: "we don't wear anoraks any more but we're all drunk").  You paid your 15 quid to get in and then drank wherever there was a spicot, from all the small brewers.  I ended up in the basement with 100 drunk English Real Ale enthusiasts singing along to a bloke playing this on the Wurlitzer:

The Ruling Class smiles in disdain when they hear this song.  They smile like this because quite frankly, they're not very smart:


In Britain, the closely-related Evangelical movement used the term “New Jerusalem,” which I’m afraid never really made it across the pond, but expresses the vision perhaps best of all. I always picture the New Jerusalem (“in England’s green and pleasant land”) as involving a lot of enormous concrete tower blocks, with the Clash’s “Guns of Brixton” playing somewhere on someone’s ghetto-blaster, and a forty-year-old grandmother screaming at her junkie daughter, but I’m not sure this is how they saw it in the 1890s.

Me neither.  But then, they didn't for a moment imagine what their intellectual descendents would have become:


Today, perhaps the simplest definition of Universalism is that it’s the belief system taught in American universities (at least, Federally funded universities). But, again, it is fundamentally a Christian sect, and its moral and political tenets will find echoes in Massachusetts and upstate New York at any time since the 1830s. Hawthorne’s Blithedale Romance, for example, is a satire of hippies – written in 1852. All that’s missing is the patchouli.

Universalists, as descendants of Calvin’s postmillennial eschatology, are in the business of building God’s kingdom on Earth. (The original postmillennialists believed that once this kingdom was built, Christ would return – a theological spandrel long since discarded.) The city-on-a-hill vision is a continuous tradition from John Winthrop to Barack Obama.

Intellectually, I have an advantage (having been educated in the 1970s while the flame of intellect still flickered in the Academy).  But the old school learning of reason, argument, and dialectic no longer has a place in today's Education Factories:


As anyone who’s majored in Marxist-Leninist Studies knows, it’s very easy to construct an edifice of pseudo-reason so vast and daunting that working through it is quite impractical. And this edifice is much more free to contradict common sense – in fact, it has an incentive to do so, because nonsensical results are especially subtle and hard to follow.


Whereas when the word of God contradicts common sense, the idea that it might not actually be the word of God isn’t too hard to come by. In other words, if faith A contains any fallacies, they are effectively camouflaged, whereas the “and God says” steps in faith B’s syllogisms are clearly marked and brightly colored, and faith B pays a price in skepticism if God’s opinion is obviously at variance with physical reality.

Because the Education Factories promote SCIENCE!!!!!!

Err, or something.  But whatever that "something" is, don't you dare say that it's Intellectual Indoctrination or a naked exercise of politics in a politicised environment, or oppressing things like free speech or (dare I say it) Intellectual Freedom.

Sigh.  Don't get in the way of the construction of the New Jerusalem, or you'll find yourself on the receiving end of this.  Because there's no reasoned discourse that can be had here, only a religious conversion.  Here's what you're up against:


I will not cease from Mental Fight,
Nor shall my Sword sleep in my hand:
Till we have built Jerusalem,
In England's green & pleasant Land

Strike "England's" and add in "Earth's" and you know precisely what you're up against.  This isn't "Science vs. Religion" it's "Cult vs. Religion".  Fought by people as indoctrinated as the people at Jonestown.  Except today it's actual, you know, religious people who are saying not to drink the Kool Aid.


However, in the struggle between Universalism and Revelationism, the former always wins. Because the Universalists control the mainstream educational and information system, this is really not at all surprising. But since, as we’ve seen, it is not rational for a reasonable observer to choose justification by reason over justification by revelation, a political system in which the Universalists are the Globetrotters and the Revelationists are the Generals is almost certain to be one which systematically propagates lies.

We’ve already seen a few of these lies, and we’ll see quite a few more.

Here's the problem for the Universalist Cathedral: the Internet is undermining their ability to control education and information dissemination.  Without the Internet, we'd have Cap And Trade, as governments (aided and abetted by a Universalist media) imposed a tax on, well, everything.  Nowadays, the Universalists are finding that Global Warming is a losing cause.  That makes them sad. 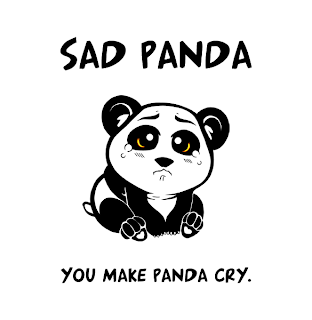 But while you're pondering your panda-saddening crimes, your should go read Mencius' whole post.  For Mencious, it's pretty accessible and still makes intellectual sense.  Or you'll make Panda Cry again.
Posted by Borepatch

Till we have built Jerusalem,
In England's green & pleasant Land

Heh. Strike 'Earth's' and substitute 'Gaia's'. That way the meter will still scan. ;)

Oh, and a wee, just-now-noticed bonus bit of alliteration as a nod to Anglo-Saxon poetic tradition.

It does scan better that way, Jeremy.