"Secure? Did we say secure?"

IDG News Service - The majority of email and Web gateways, firewalls, remote access servers, UTM (united threat management) systems and other security appliances have serious vulnerabilities, according to a security researcher who analyzed products from multiple vendors.
Most security appliances are poorly maintained Linux systems with insecure Web applications installed on them, according to Ben Williams, a penetration tester at NCC Group, who presented his findings Thursday at the Black Hat Europe 2013 security conference in Amsterdam. His talk was entitled, "Ironic Exploitation of Security Products."

Williams investigated products from some of the leading security vendors, including Symantec, Sophos, Trend Micro, Cisco, Barracuda, McAfee and Citrix. Some were analyzed as part of penetration tests, some as part of product evaluations for customers, and others in his spare time. 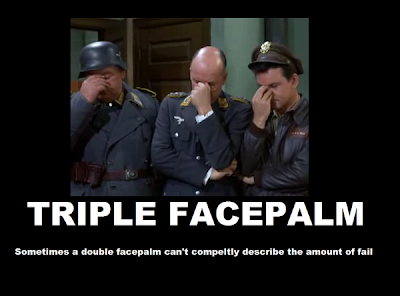 Err, the security industry has some 'splainin' to do.  Don't think the Marketing departments are up to spinning this ...
Posted by Borepatch

And yet the simple OpenBSD system running PF continues to be one of the most secure platforms around.

Two remote exploits in the default install in at least a decade.

Dan Bernstein's QMail still offers a $1000 reward for proof of a successful exploit. It has gone unclaimed for at least a decade and qmail's messages-per-second rate still exceeds all but the most dedicated mail transfer software systems. His DNS software is likewise simple, practical, usable and secure and also backed with a $1000 reward, also unclaimed for a decade.

Secure software generally doesn't exist in the commercial world because most software companies see security as a marketing issue and not an engineering challenge. Microsoft employs more lawyers than software QA analysts.

Those who care only about well-audited code, not ship dates or feature lists or market share, produce secure code. The others do not.