A platform for a Republican victory

I'm not a Republican and am no longer sure I'll vote much for them again, but everyone is playing the "What should the GOP do" game.  OK, here goes.

The Democrats' weakness is that they are a coalition.  GOP success will be in peeling coalition members away.  Some members seem pretty wedded to the party - African Americans and possibly hispanics.  It probably doesn't make sense putting a ton of effort here.  Other members are more interesting.  They include:
There's a deep tradition in the American political tradition, one where the GOP could align a bunch of people who traditionally have voted Democrat, fracturing the Democrat coalition.  That strain is populism.

A lot of people have been despairing that the Democrats will always out pander the GOP, offering more "stuff" to buy votes, and so will always have a majority.  If you think of "offering more" as including "stopping financial loss" then this simply isn't true.  The Democrats' coalition demands a lot of things that raise the price of all sorts of things for Joe Everybody.  Promising to stop this and roll it back will simultaneously win populist votes and hurt the Democrat coalition.  Consider:
The common thread is that each of these make Joe's life worse - he has to pay more for worse products, pay higher taxes to bail out fat cat bankers and Public Employee Unions, and has to listen to sanctimonious SWPL types sneering at him.

That's what the GOP should focus on.  Convince Joe that they're about making his life better, that they're for the Middle Class instead of all those despised hippie Professors and tree huggers. 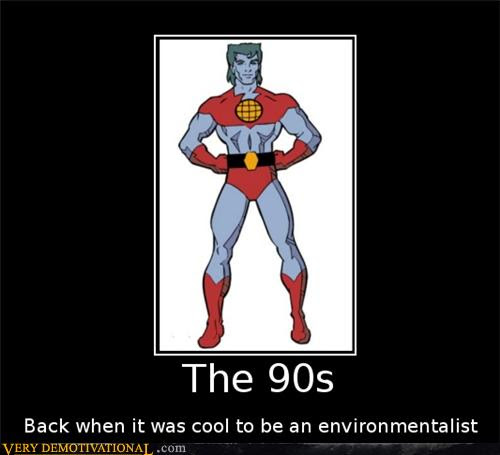 And the great thing about this is that there are a million stories that will personalize this conflict of world visions - people who couldn't afford gas, people who had to move because local taxes went up too high, people whose kids didn't get educated, the return of Debtor's Prison for student loans (Joe's kids will have a worse life than he did), factories that had to move overseas, Wall Street fat cats sucking off the public teat, the list is never ending.

It will tug at the heartstrings of the voters that the GOP wants to win from the Democrats.  The people opposed to these pro-Middle Class policies will be entirely unsympathetic and ripe for demonization: trust fund environmentalist big wigs, humorless Ivy League busy bodies, Union fat cats, Big Bankers, bureaucrats.  Joe won't see any of those people as being on his side.

Quite frankly, this is so simple that it's hard to see how it would fail.  It's child's play simple.  It's so simple that even the Stupid Party probably can't screw it up too badly.  Probably.
Posted by Borepatch

And the GOP should get out of the sexual morality business. They need to not be seen as the fudds who are nosing into who bumps uglies with whom.

"Quite frankly, this is so simple that it's hard to see how it would fail. "

I can see at least two ways that it could fail.

1) what is the Middle Class? No one knows anymore. Traditionally, "middle class" meant skilled tradesmen, shopkeepers, and the like. But today, an awful lot of people have swallowed the liberal swill that says "middle class" is defined by what you have, not what you do. As long as that is true, liberals can always sound more pro-middle-class the same way they can sound more pro-minority: they'll give you more Stuff.

You assume that those people that you wish to reach can really care about those issues enough to decide to change their vote.

Sadly, I don't think they will.

Better to get out of the morality business and stop being seen as pandering to big business over "da people".

Concur, out of morality and simple is better... sigh

The Dems win because they have managed to convince the majority of people in this country that the all free stuff the Dems have promised will be paid for by someone else.

Will the GOP ever out-Democrat the Democrats? Not very likely.

If they were going to try to carve off, the central failed coalition is the environmentalists vs. the poor. Pick a side. I'm personally on the pro-poor side of things, and arguing around jobs and family.

Someone, I think Victor Davis Hanson, was saying the Democrats have successfully put together a coalition of the bottom 47% and the uber rich. Look at the red/blue county distribution in California. On the sea side of the San Andreas fault line are all the blue counties. These are the Zuckerbergs and other techno-millionaires and billionaires. The Republicans have become just the middle class and small business owners who are constantly in the vise. Maybe call it a turnip press after the old "you can't get blood out of a turnip".

So they already are the party of the middle class. Only nobody seemed to notice.

I wonder if the repubs didn't throw the election on purpose?

There are a whole lot of birds coming home to roost and the perch is sagging under their weight. Odds are it will break in 2013 - sending the mass tumbling down in a flurry of featherS, guano and stupidity. The ruling party is going to wear that mess too.

The Donks mock folks like me for wanting to go back to the 1950's...but from where I sit that is a vast improvement over the 1930's.

Were I the repubs I would take a powder and let America sober up before I tried to deal with them again.

I keep waiting for GWB to grow a pair, call a press conference and use some charts with hard facts to show Obama up as a bald-faced liar.

I realize it's SOP for a former president to not criticize the sitting president, but there comes a point where it's justified.

That point was about 2.5 years ago.

And yet that's irrelevant, because they voted for him no matter how many things they disagreed with him on. When a pro-life, fiscally and socially conservative black person votes for Obama--knowing his positions, mind you--the word "popularity" loses all meaning.

Honestly guys if you want to stand a chance at winning an election, give some serious though to these points. I'm an outsider here and I can

1. Don't run a dipsh!@t. Look at the field of candidates for 2012. Really? That's the best the republican party has to offer? If that's the case give up now, your cause is lost. There's a reason I put this as #1, the party seems to have a big issue with this. Someone from a middle class background might not be a bad idea, if those are the votes you would like to appeal to.

2. Once you have #1 taken care of, don't let your guy turn INTO a dipsh!@t. McCain could have won it, if he hadn't gone full dipsh!@t. Hey, even me, the gun packing liberal would have voted for him. But he did, so I didn't.

3. Stay away from class warfare. You cannot win on 47% comments, claiming jeep is going to china, etc. You wont win by trying to dehumanize your opponents, you just look like dicks doing this. I hate to be the one to say it, but the vast majority of people who voted for Obama, aren't welfare cases. You aren't helping yourselves by alienating them and calling them that.

4. Say what you will do, AND HOW. Even more develop a history of DOING what you SAY! A lot of republican voters stated they would rather go with the devil they know, than the one they don't, because Mitt wasn't saying how he was going to accomplish his goals. He also had a long habit of changing his stance based on the moment.

5. Hearts and minds. Stop talking down about or to people who voted for Obama, you don't win friends by calling everyone else an idiot, you just look like a jerk.

6. Promise to get rid off the TSA. No one will take you seriously as the party of individual responsibility and small government if you leave this abomination around. I'm not at all a single issue voter, but this single issue could be the one to get my vote. Much more so than moon bases, killing PBS or healthcare reform, or taxes.