AWA over at Gunfreezone posts about a new study showing that increased Concealed Weapon permitting leads to increased gun crime:

A new study finds concealed-carry laws lead to a boost in gun crime by between 29% and 32%, mostly by triggering a surge in gun theft.

The study comes on the heels of a Supreme Court ruling that struck down New York’s attempt to limit the ability to carry a gun outside their homes. That ruling was seen as particularly significant as other states have sought to restrict concealed-carry permits.

Oh, it isn’t people being shot. It is guns being stolen.

He recommends clicking through to read the whole thing. I don't. I've seen enough studies about gun control.  As the old saying goes, if you torture the data enough it will confess to anything.
Many years ago, Eric Raymond wrote a detailed post about how the gun control study sausage is made.  It was brutal, and is a must-read for everyone in our community.  He gives example after example of malfeasance in the academic literature, from "Arming America" which made up its data to the AMA "43 times more likely to die from a gun" that refused to release their data.  Go RTWT, but this sums up the top dirty tricks that they use:

I described the errors as “systematic” before the jump because there is a pattern of distortions in the anti-gun literature that have been repeated over decades even though they violate known good practice in the social and medical sciences. These include but are not limited to:

Failure to control for socioeconomic differences between star and control groups, even when the differences are known to correlate with large differences in per-capita rates of criminal deviance

Choice of study periods that ignore well-documented trends that run contrary to the study’s conclusions immediately before or after the period.

Selective use of suicide statistics, counting them only in star but not control groups and/or ignoring massive evidence that would-be suicides rapidly substitute other methods when firearms are not available.

Tendentious misapplication of Uniform Crime Report data, for example by ignoring the fact that UCR reports of homicides are entered before trial and therefore fail to account for an unknown but significant percentage of findings of misadventure and lawful self-defense.

And I described this pattern as “fraud” before the jump because the magnitude of these errors would be too great and their direction too consistent for honest error, even if we did not in several prominent cases have direct evidence that the fraud must have been intended.

My guess is that the new study falls into the second of his categories (selective choice of study periods) at the very least, and probably the misapplication of UCR data.  Quite frankly, the last 20 years simply do not show any obvious corollary of relaxed CCW laws and crime - or they show a corrolation between relaxed CCW laws and lower crime.  A 30% increase is simply not what I've seen at all.  My suspicion is that the data were tortured for a long time before they confessed to this.
Tagged "Junk Science" because, well, you know. 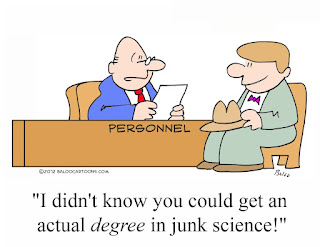 The correlation is crime increase in areas when legislation was passed, not to actual CCW permit holders committing crimes. It is sophistry at its best.

What's really funny about the AMA is that if they were serious about reducing deaths, they'd police themselves, as the medical industry is one of the leading causes of deaths.

Anything coming from the mass media or a shitlib source - you can pretty much throw it out as a pack of lies. There is no correlation between gun ownership and crime.

If you look at the perps, and the way they were raised (usually by minorities and single moms)... all kinds of patterns start to form but you are not allowed to talk about that in their circles.

Whatever you do, don't register your guns. The only reason to register guns is so they can confiscate them later...

Do note that those children of the "single moms" are actually raised in the streets by their fathers!

These "studies" remind me of the ones showing how great renewable energy is, and are about as accurate.
Both of them are so bad they make Liberal polls on abortions popularity look high end!

The villain in increased gun thefts is gun free zones forcing people to leave guns in cars or to be unarmed for the entire trip.

I would really like to see the community focus on this before we get around to full auto or suppressor issues.

"Do note that those children of the "single moms" are actually raised in the streets by their fathers!"

Their fathers are usually in jail, you idiot.

Not in any shithole hive with a Soros DA!

In other words, gun control studies are just as good as pretty much any of the health studies you'll read. Or climate change, green energy or just about anything.

One of the most downloaded papers in history is epidemiologist Dr. John P Ioannidis's paper that up to 70% of all published science is wrong. Dear Dr. I. was an optimist.

When particle physics, about the hardest hard science there is, falls to the same biases and bad methods as the junk science on food, it's pretty reasonable to ignore every study.