Since Miguel left Florida, there's been a noticeable drop off in local gun news.  Let me step into the breach.  The Miami Herald is upset about a Florida law that says if you sue a gun store or manufacturer for legally selling a gun to someone, you can get dinged with a bill for their attorney's fees:

The Guttenbergs have sought to pursue a lawsuit against Smith & Wesson and Sunrise Tactical Supply, a store that sold the Smith & Wesson-made gun used in the mass shooting.
But as a precursor, the Guttenbergs went to court to try to get a ruling about whether a state law shields gun makers and sellers from such lawsuits. That is particularly important, they argue, because part of state law could force them to pay attorney fees and other costs if they pursue a lawsuit and ultimately find out that the gun businesses were shielded. A circuit judge, however, dismissed the Guttenbergs’ request for such a ruling, known as a declaratory judgment. That spurred them to go to the appeals court, with their attorney writing in a brief that the Guttenbergs are faced with a “conundrum.”

“Plaintiffs’ declaratory-judgment action is a textbook request for an improper advisory opinion,” Smith & Wesson attorneys wrote in a March brief. “The claims seek answers to hypothetical questions that may possibly arise only in the future. The trial court correctly recognized that plaintiffs are not entitled to a legal opinion preemptively depriving defendants of a potential affirmative defense before plaintiffs even file the claims to which the defense may or may not apply.”

Remember, Nikolas Cruz passed a background check when he bought the gun he used in the Parkland school shooting.  The FBI admitted that they dropped the ball, and paid $125M to survivors because they didn't follow up on a tip that would have stopped the attack.  The Broward County school system also settled a lawsuit with survivors because they dropped the ball here too.  This is all public record (I know, Wikipedia, but even they say this).  The only conundrum is why the public officials responsible have not been flogged in the public square for their incompetence.

It seems that the conundrum facing the Guttenbergs is whether to leave Florida for a State with insane gun laws.  In the meantime, kudos to the Florida Legislature for passing a law that (a) protects lawful commerce in firearms, and (b) annoys all The Right Sort Of People like the Miami Herald.  In the meantime, don't New York my Florida. 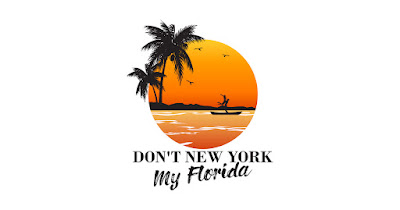 Yep, they want their cake, our cake, and everything else. And if they lose they want to just walk away...

That ship has long sailed BP, the only good thing was it was old New Yorkers that retired here and then died.

The recent waves of North Easterners were somewhat bad but it looks like it might turn around with the example of Florida vs the lockdown states.

"Eternal vigilance is the price of liberty."

Some think it wasn't said or written by Jefferson but his whole life said it.

Like cockroaches, there is never only the one you see, and they breed in the dark.

The law is still too weak. Penalties should also include a mandatory 5-year license-to-practice suspension for any attorney bringing such a failed frivolous case. That's the only way you'll absolutely get the point across that you can't sue people for making the legally produced item that Some @$$hole used to do harm to your loved ones.

And they need to add Hoplophobia to the DSM-V.

Well the one nice thing is that, if you know where the New Yorkers are, then the solution is easier when the festivities begin!

They tend to concentrate in a limited number of areas around the state.