Well, that's my explanation for this:

President Trump on Tuesday announced the United States will join the One Trillion Trees Initiative launched at the World Economic Forum as world leaders seek to combat climate change.
Trump made the announcement during an address to global business leaders gathered for the annual event in Davos, Switzerland.

So why do I say that he reads this blog?  Well, back in July I posted this:

A simple and cheap solution to burning fossil fuels?


OK, the study simply argues that by adding 10 million squared kilometers of forests – the area equal to the territory of the U.S. (or Canada, if you wish), 2/3 of the man-made emissions of CO2 since 1800 could be removed from the atmosphere (they apparently pre-decided that the elimination of 2/3 of a problem is a good plan). Planting a tree costs $0.30, they claim, and because one needs about one extra trillion of new trees (the number of trees would be increased by 1/3 in this project – they did use the same estimate of the number of trees in the world as I mentioned above), the total cost would be $300 billion. This is the overall amount, not an annual one.

So for $300B over 30 years we could eliminate the excess carbon dioxide that we've put into the atmosphere.  Even if this figure is off by an order of magnitude, this is a huge win compared with the $122 Trillion that the UN wants to "fight Climate Change".

Alas, planting forests does not allow the industrial scale graft that the UN has come to expect.

$10B/year is a bargain compared to what everyone else is talking about, and will give us a bunch of pretty forrest to hike in.  I can't see how anyone can possibly oppose this, unless they're a bunch of statist pricks trying to boss everyone around. 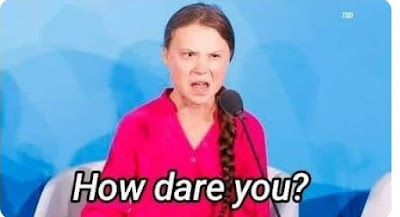 A note to President Trump: it would be awesome if you started referring to her as "Snippi Longstockings", amirite? 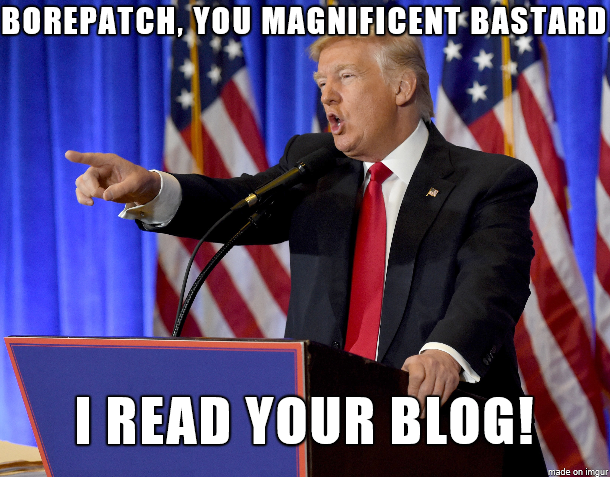 Labels: Donald Trump, it's not easy being green, me me me, snark

Not too long ago I read about a plan to plant a million trees. I kibitzed that one million was an insignificant amount compare to the scale of the planet. Good to see that they have upped the quota.

I made this for you in shop class:

It's doable. I had an entire file drawer full of tree orders in my office when I retired. One of my contractors told me several years before, that he had passed a million trees in the projects he did in my counties. They were mostly figured at 436 per acre. You can change the landscape.

At 300 trees/acre (normal stocking), that's 3.3 billion acres. I doubt there's that much unstocked timber appropriate ground in the world

Back in the 70's and 80's in the Pacific Northwest there was this hippy co-op that got contracts for replanting logged land. I've met guys who personally planted over a million trees.