The problem facing an Intelligence Agency is the same as the problem facing a historian studying some past civilization: what are the sources you have, and how much do you trust them?  For both the Intelligence Analyst and the Historian, sources may be few and far between.  A great example of this in history is the Heroninos Archive, a set of ancient Roman records literally rescued by accident from a trash heap.  The archive is the most complete set of documents about how a large Roman farm was run, and we almost didn't have it.

For an example of whether you can trust a source, you can't do better than Procopius.  He was the personal secretary of the great general Belisarius who tried to (and nearly succeeded) reconquer the western portion of the Roman Empire for Justinian the Great.  Procopius wrote about the campaigns in The History Of The Wars, and wrote about Justinian's many building projects in The Buildings.  Both books describe the glories and virtues of Emperor and General in glowing terms.  So far, so good.

But all is not what it seems.  In 1623 another of Procopius' books was discovered in the Vatican Library.  The Secret History is a savage description of the private lives and moral failures of the Emperor and his wife, and the General and his wife.  Procopius pours scorn on them all, sometimes in X-rated detail.

So we have Procopius' sources, but which do we believe?  Aye, there's the rub.  They can't both be true, can they?

We see this in our day.  A huge set of Google internal documents were released yesterday, describing how the company (allegedly) purposely changes search results:

A Google staffer today released documents exposing a massive censorship campaign where the ubiquitous Google search engine purposefully censored pro-life and conservative web sites, including LifeNews.com.
Google Insider Zachary Vorhies has given an interview to watchdog group Project Veritas where he discusses how he documented Google censorship of leading pro-life and conservative web sites for over a year. He made the decision to go public in an on-the-record video interview after Google went after him following the release of the information to Project Veritas.
He decided to go public after receiving a letter from Google, and after he says Google allegedly called the police to perform a “wellness check” on him.

This effects us in our daily efforts to understand the world in which we live.  What sources do we have?  Do we trust them?  I haven't trusted Google, for a very long time.  I use and recommend Duckduckgo, which combines multiple sources and which also doesn't spy on you.  But even here there's a problem, because Google results are included there - there's a ripple effect of Google censor algorithms that spreads far into the online world.  And since Google is a near-monopoly, the spread of these ripples is unknowable but presumably far indeed.

We are entering a new election cycle, one where Google is accused of manipulating election outcomes:

Google’s biased search algorithm actually flipped seats in the 2018 US midterm elections, according to a researcher who found the search engine’s “dramatically biased” results could have shifted over 78 million votes to Democrats.
“Upwards of 25 percent of the national elections in the world are being decided without people’s knowledge by Google’s search algorithm,” senior research psychologist Dr. Robert Epstein of the American Institute for Behavioral Research and Technology told RT, calling the search engine the “deciding factor” in close races.

This is a source.  Do we believe it?  RT is the rebranded Russia Today, paid for (to some extent) by the Kremlin.  Do they have an agenda?  Certainly.  Does what they say sound like it might be true?  As the Mythbusters might put it: plausible.

Google is clearly opposed to conservative views in general, and to Donald Trump in particular.  It's been known for years (detailed in my post above) that they manipulate results in furtherance of their ideology.  This much seems clear.  How much they manipulate the results - and their ability to swing elections - is less clear.  But it's not zero.

This is a problem for us today, as it is for historians.  What if everything you hear about Donald Trump is worse than things actually are, because the sources are biased?  It's like everything you know comes from a Donald Trump version of Procopius' Secret History.  Actually, when you consider the stories in the press about him, that's perhaps not very far off the mark. 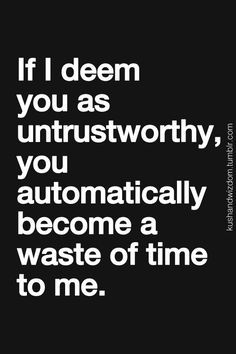 But what if everything a person hears is distorted?  The sources are unreliable, because they either are pushing an opposite agenda or they're being hidden (like a Heroninos Archive that ends up in the incinerator)?  This isn't far fetched at all - we see this in history, where it may be that everything that we know about the Byzantine Emperor Thomas the Slav is wrong, because of this very problem. (Note: if you don't want to listen to the Life and deeds of Thomas, skip to the last 4 or 5 minutes of this podcast where it discusses the reliability - actually the lack thereof - of the sources).

We know that opinion polls in the run up to elections are inaccurate.  Polls are a source, but how much do you trust them?

Quite frankly, you shouldn't trust them.  You shouldn't trust your search results - while they may not turn up biased sources, the most important sources may not turn up at all.  This is the most important thing that you should tell your friends and family.  Certainly people are trying to manipulate them, even if we don't know by how much.  In today's "Information Age", they need to have a healthy skepticism over what they see.  What sources are they seeing?  How trustworthy are they?

Oh, and tell them to use Duckduckgo instead of Google.  It's more accurate, and it doesn't spy on you.
Posted by Borepatch

With you on Google, obvs, and have always really enjoyed Procopius, both public and secret.

It's interesting, to me, that the Roman Imperium East/West was apparently viable in the 6thC. Also that Belisarius nearly pulled this off with very few men, which tells us something about the opposition.

But I won't bang on. You might enjoy Belloc's Europe and the Faith (if you haven't already read it) for a curious if aggressive take on Roman late antiquity. http://www.gutenberg.org/ebooks/8442