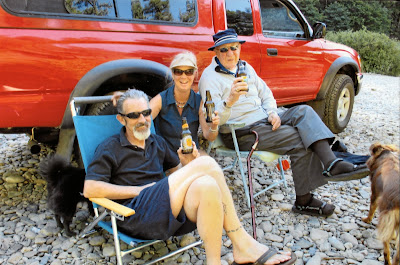 Dad and extended family enjoying some down time on his 96th birthday.

The following was something I posted on non-public social media. I didn't post it here, as it promotes my books, something I avoid when guest posting.  But the original story referenced in the article below (with the link in bold) is about my Dad, and today that story is particularly personal as three weeks shy of his 97th birthday, he's in ICU with pneumonia. I talk to him every night at EXACTLY the same time (structure is important to him) and two nights ago he was tired, last night he just had a head cold and this morning, he called 911 before his morning home nurse arrived, his lungs full of fluid.

Read so you understand what a great Dad he is, and then say a prayer for WWII Veteran  Lt. Colonel Harry Allen D.  He and Mom adopted me well into middle age (after adopting another redheaded child, my Big Bro) - he deserves a medal just for that, not just our prayers. 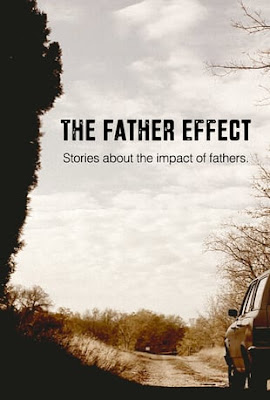 A quick note before I start work. I don't know if any of you here have seen the film "The Father Effect" It premiered on the Global Catholic Television Network back in December and is going viral. By Director John Finch, who lost his Dad to suicide at age 11, it chronicles the effects fathers have on our lives. Not just for men, it also shows the perspective of women who missed their father's influence & love in their lives. The film is here at http://thefathereffect.com/. But why I'm writing - Mr.Finch reached out to me through my publisher when the film came out and asked me to write something original (as opposed to an excerpt from one of my books) for their outreach program "Encouraging Dads" webpage. "Encouraging Dad's" is an outreach from the film with its own website. My story, of my Dad and a special bond we had when my Mom was battling terminal cancer, was published last week.

Please share to encourage Dads
Posted by Home on the Range

You got it! I hope he pulls through.

Praying. It's the very least I can do for a family that has, through your writing, blessed others so much.

The Queen Of The World and I will send our prayers.

My prayers are with your father and your family. May God bless you!

Prayers for you father's swift and full recovery.

Prayers sent.
I never realized how important Dads are until I was an adult and realized how many folks did not have a Dad who was as wonderful and supportive as mine was. He believes in rules, boundaries, and pushing all of us to do our best no matter what we were doing. I know I won't have him forever, but I treasure every moment I can spend with him, which is not enough. But I call and talk with him on a regular basis.
Hope your Dad bounces back quickly.

Thank you everyone - after 24 hours of prayer, a second set of tests came back negative for pneumonia and just indicated he had an upper respiratory infection, not so dangerous to a 97-year-old. They are going to release him tomorrow to his home health nurse, who cares for him when I'm not visiting. Thank you all for your prayers and kind thoughts.