I was attached to the SAS from time to time but we are forbidden – former, present, or future – to discuss any specific operations. Let's just say I was in Special Forces and leave it at that. People can read in to that what they like.
- Christopher Lee, 2011 interview in London Daily Telegraph

I have posted before about how Sir Christopher was a total badass and the real Most Interesting Man In The World.  I just stumbled across this interview from Belgian TV where they located an impossible to find special forces unit patch, which they presented to him on camera.  It's quite a moment, with Sir Christopher expressing how grateful he was in that manner that shows what a Gentleman used to be in an older and more vigorous age.  Bravo to the Belgian Television channel for making that happen.

And more vigorous it was indeed.  He talks about his time in Popski's Private Army (for American readers of a certain age, think Rat Patrol).  It's said that their Jeeps are the only wheeled vehicles that ever drove in Venice's St. Mark's Square.  When I said Lee as a badass, I hadn't quite realized just how badass he really was.  In reality, when Christopher Lee spoke, Chuck Norris got quiet and listened.  Here is a short list of Lee's badassitude:


Here's an early performance of his rock genre, from Rhapsody of Fire's 2005 album, singing a duet with Fabio Lione:

Regular readers of this blog will remember that we've seen his basso profundo voice here before:

That's quite a life.  Here is a photo of Flight Officer Lee looking out on the liberation of Rome in 1944. 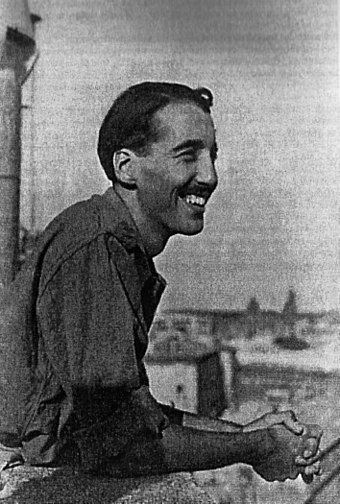 Yeah, that all qualifies as badass and the actual most interesting man in the world.  I'm glad that they found the unit patch for him.
Posted by Borepatch

When Christopher Lee spoke, Chuck Norris got quiet and listened....

Internet Quote Of The Year!

Yup, he was the Real Deal in WWII. We're lucky such men were on our side.

He was definitely the real deal, and never traded on that. May he rest in peace, knowing others have picked up the mantle and the responsibilities...

Talented in so many ways, an amazing man in every aspect, as mentioned, I am glad he was on our side.