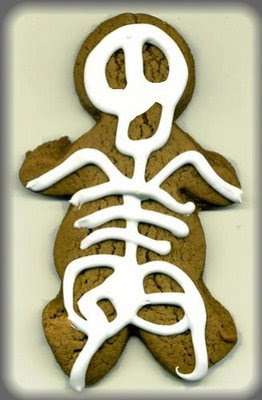 Borepatch has advised that he wouldn't have much time for posting this week and asked that AMS826 and myself keep you amused until he returns. Since so much of what I write is fairly philosophical in nature, I thought I'd add something a little lighter tonight. You all should relate - Brigid
------
Office building occupants, whether they are law enforcement or CPA firms, run drills throughout the year, to test evacuation and security. I've been in a building where the fire alarm was going off and people were saying "OK, just let me finish downloading this. . . ". That's not the way to get people to move quickly from their desks.

Simply have someone get on the intercom and say "there are Christmas cookies in the lunchroom".
Stampede!!

The average cubicle worker and free food go together like vultures and carcasses. Hmm, I had better rephrase that. Not implying that vultures have higher standards but in some offices, you could put throw some Purina dog chow in with some Chex cereal and put out a sign "free party mix" and people would start noshing. I know, I used to party with med students who thought Oreos and Jagermeister were "impress the ladies" party food.

But those of you stuck in an office or cubicle all day know the feeling. You're hungry, you're bored, you hear the word free and . . . (besides calories during the holidays don't count).

But how do the various office holiday foods add up? Our office get-together usually involves all of the wives providing hot dishes and the boss providing lots of roast pig so it's grand ( I bring my famous appetizer crack and some pies) but I've been to some in past jobs that left a little to be desired.

To start, there are five types of office party eaters.

The Forklift: They rumble around the background, looking, slowly assessing the terrain, then add full power, reach in and scoop up half of the cheese dip If you see someone with a very large scooped Frito in their hand, watch out. 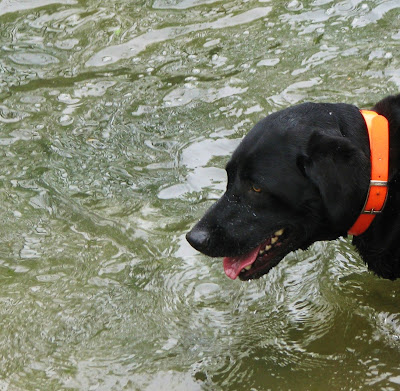 The shoplifter: They appear totally uninterested, then quietly reach down and grab a Slim Jim, stick it in their pocket and retreat to their cubicle to store it with the goodies from the last office birthday celebration before anyone notices what is missing.

The holding pattern: These folks just sort of make circular patterns around the room, never really stopping to eat. If you ask, they say "I'm trying to decide". While they count the sprinkles on a cookie to see if they'll get the best one, most of the food disappears.

The Homer: Male or female, they'll stare googly-eyed at the food with a "mmmm. . . . pimento loaf. . ." and then grab a portion and head for the liquid refreshments. They WILL be back.

The Hoover: A subspecies of the Homer, the Hoover will eat anything, and everything, sucking up even the last half of a peanut from the empty Chex Mix bowl.

So let's review a sampling from a prior office I worked for, rating the food from most to least popular, with scientific comments. Seriously, add in the types of eaters and it was like watching an anthropological experiment before my eyes.

Chocolate espresso truffles - Have you ever seen one of those once a year bridal sales? Picture that and replace the brides with piranha. Yeah.

Chocolate and peanut butter buckeyes - Even those that hate the Ohio football team scarfed these up.

Bugles - What is it about bugles? They were brought in by one of the office bachelors. They're shaped like little dunce caps for a reason. A mixture of cornmeal, partially hydrogenated yard gnomes and salt, they are really bad for you. Yet once you eat one you can't quit. I leave some out for Santa.

Teriyaki beef sticks - A favorite despite being another store-bought treat.

Gingerbread men: Being homemade, they went quietly into the void rather quickly.

Cheese ball with crackers - Covered in parsley, it looked like a Magic 8 Ball Chia Pet. But with three kinds of cheese, red pepper, Worcestershire sauce and secret herbs and spices, it was a hit. Made by one of the few females in the office, there wasn't even enough left for a tox box.

Brownies - A disappointing performance from a usual birthday crowd favorite.

Mystery meat logs - I'm not sure what they were made of, but they were some sort of spiced meat mixture shaped into little sticks and baked. I could only refer to them as Spampons. They were as popular as the name infers. 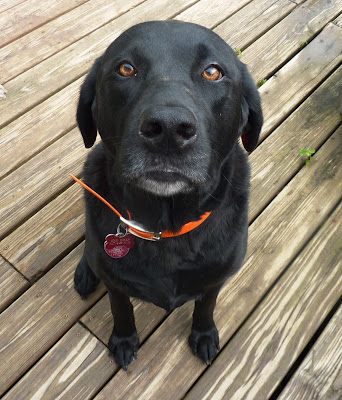 Baby Carrots (no Ranch Dip) - You have a room full of hungry guys. This is not food, this is what food EATS. The crowd was less than pleased.

Fruitcake - It and its twin disappeared, but only because I needed a set of wheel chocks for the Piper Cub. 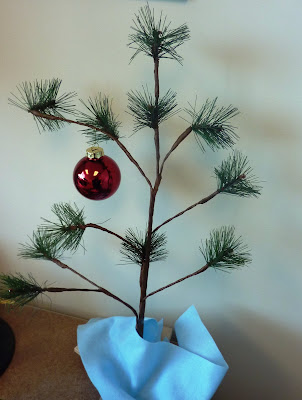 Pimento Loaf- I've not seen this product since grade school. Maybe someone brought it because it resembles bologna with a Christmas tree ornament ground up in it. The first few pieces were gone quickly, predators being tricked by the meat aroma. The remains lay pale and sweating, two hours later, til one of the shoplifters pounced on them.

Office punch - Some sort of juice served with sherbet and 7 up, served at weddings that don't allow dancing since 1954. The Exxon Valdez spill was more popular. Colleagues were observed swilling warm diet coke directly from the 2-liter bottles to get rid of the taste of the pimento loaf, rather than drink the punch.

Candy canes - They are called "candy canes" because "mint infused glass shards" doesn't sound as appealing. Most of them were still remaining the morning after, even Hoover didn't polish them off. My faith in my fellow coworkers was restored!

You all enjoy whatever festivities come your way!
- Brigid
Posted by Home on the Range

I don't miss cubicle life since being banished to a home office. The melt down our company president had when there was a fire drill and about 1/4 of the staff decided it didn't pertain to them was epic. There's a whole dissertation that could be written about king cake's being brought into the office environment after King's Day and Mardi Gras and the things people will pull to avoid the baby and the responsibility for bringing in the next cake.

Gluten free rice cakes = air biscuit.
Always enjoy your take on the party life.
Have use fruit cake to hold down things I'm trying to glue together.
Merry Christmas
MC

The cheese ball with crackers and Chex Mix are the traditional foods of my people. When I was younger, it was always the port wine cheese ball: these days, we still do that, but I've been trying to branch out into more exotic types. Our local grocery store sometimes sells things like bacon ranch cheese balls. And I'd like to get a recipe for the Magic 8 Ball Chia Pet.

Another food of my people that I don't remember from when I was younger, but which has become a tradition: take a chilled block of good quality cream cheese and put it on a plate. Now pour some of a good quality cooking sauce over it (last time we made this, we used mango habanero sauce from New Canaan Farms: any good quality sauce should work, but I like a fruit element and a heat element, personally). Serve with crackers. Done. Even a bachelor can't mess this up - unless they cut themselves opening the bottle or something equally silly.

Oh, and for the record: I love clementines.