Yes, as a conservative gun blogger, Chicago was the last place I thought I would end up.  Until I married an Illinois farm town native that got his dream job there (wherein he leaves me to fly to China and South Africa and Austrailia on business about every other week :-)  What we do for love . .

But I've grown to love our life.  We live in a turn of the century home in an outlying village that has almost no crime other than the occasional garage break-in, a few small and quaint local businesses, and it's surrounded by park system on three sides, which is a great gang buffer (especially with rivers as most of them don't know how to swim).

That being said, as we ring in the New Year, a smile for your Sunday. Here in Chicagoland, there is something known as "dibs" wherein after you spend an HOUR digging your car parked in front of your house out of multiple feet of snow, you block the spot so you have a parking space when you get back. It's also legal, some wordage to the effect in the city code. It's considered rude to do it unless there is a boatload of snow, it must be a spot in front of your house, and slashing the tires of someone who moved your blocks is considered rude, even in the worst of neighborhoods.It's like our hotdogs, pizza, and Cubs, there are some things you just don't mess with if you are a local. We are lucky in that the original owner of our 100+-year-old home bought two lots so we have a large side yard on one side of the house with a driveway, though we may clear a "dibs" spot for party guests for New Years.

Some of the "dibs" seen around the city still crack me up. Happy New Year everyone and thank you for letting me share your time and space here. 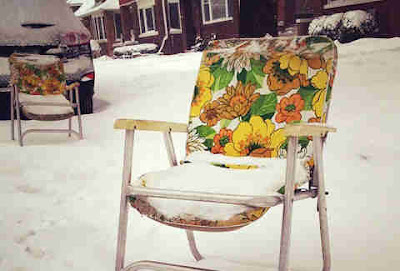 If it looks like a 60's shower curtain, even more the better. 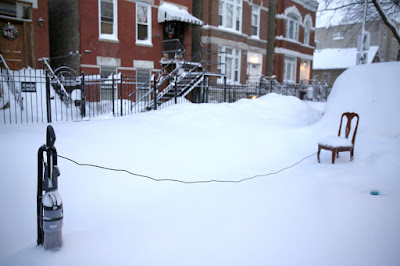 Want to bet that is electrified. 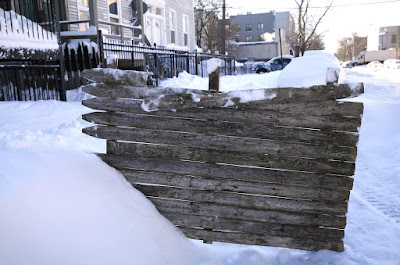 Unfortunately, now the chickens have gotten out. 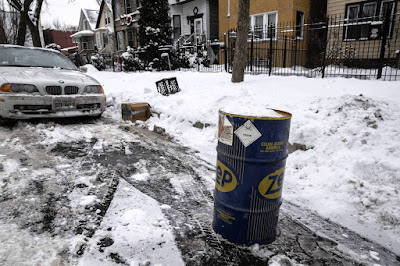 Zep isn't a poison unless you drink a gallon but I like how he thinks. 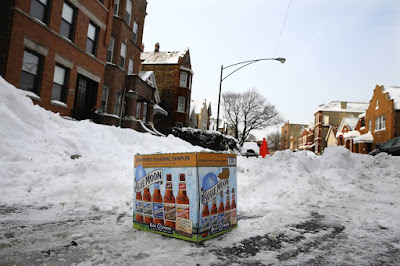 If that's full, that IS going to get lifted in 5 minutes. 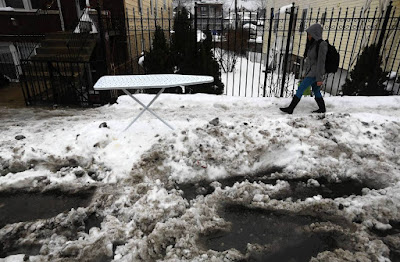 My personal view on ironing. 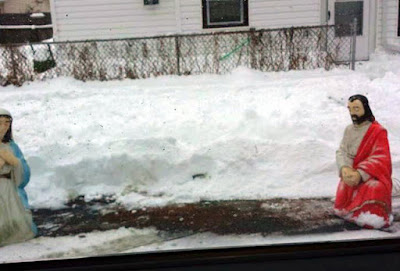 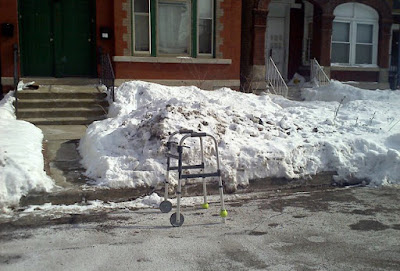 Use Grandpa's Walker because being old in the winter isn't hard enough. 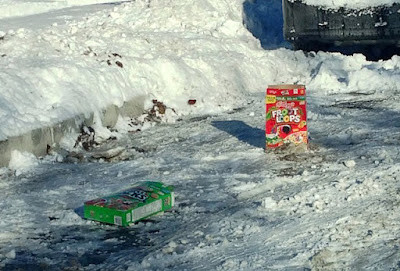 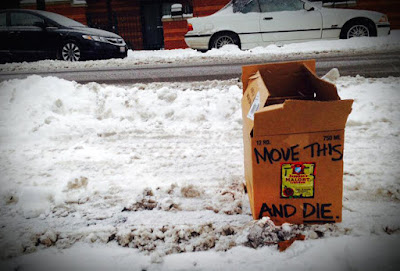 My kind of guy. 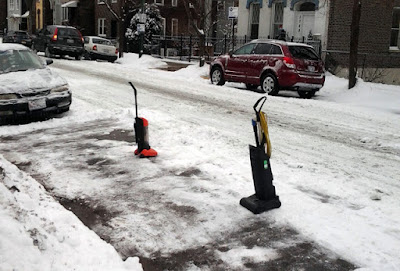 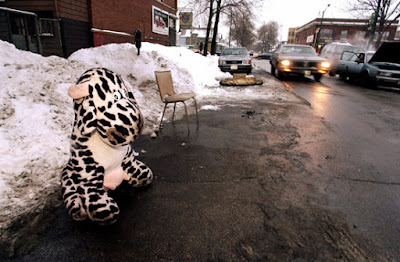 That girl that dumped me after the State Fair won't care. 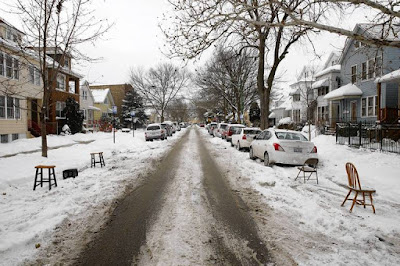 Just another day in the neighborhood. 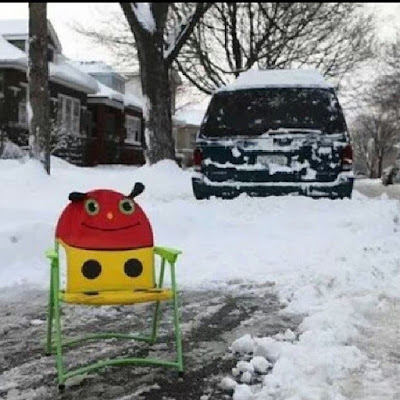 I made my child dig my car out. 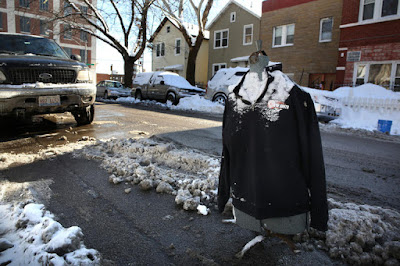 Don't' go out half dressed to free your car. 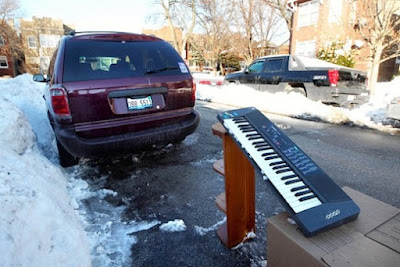 My roommate doesn't think much of my musical talents. 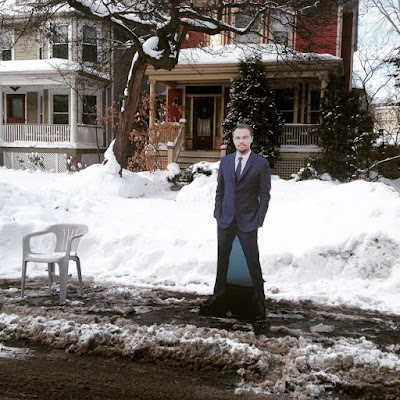 And my PERSONAL favorite (because what's a redhead to do with a Leonardo DiCaprio life- sized cardboard figure).
Posted by Home on the Range

Great stuff, and yes, what else can you do with a life-sized cardboard cutout of Leo?

In New England it was considered acceptable to key a car that stole the space you shoveled out. A bit of frontier justice, right there.

Here in Illinois, the snow looks pretty for the first day, then it all looks dreary.

Happy New Year Brigid and Borepatch. Thanks to Borepatch for letting you
guest post. Have a healthy, happy new year to all.

HAPPY NEW YEAR BRIGID AND BOREPATCH. I to am happy you will be guest posting on Borepatch. I was always looking for new recipes and was missing your recipes along with your blog Brigid, now I know where to find you. I have bought and read your books most enjoyable and sad...thanks for sharing your thoughts. Looking forward to more posts.