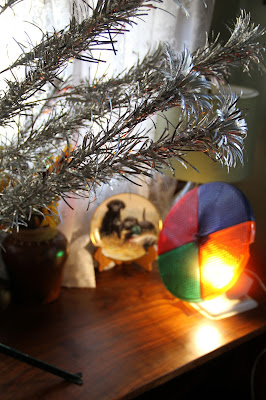 Sometimes the waiting for something is the best part.

Christmas was like that as a child, the build-up to the big day, shaking the presents under the tree, many which had been rigged with marbles or rocks inside to throw us off. Mom would make a couple of different types of cookies every few days, something new to taste and try with a plate set aside with a sample of everything to eat after the Christmas meal.

It's not just Christmas - there are many events in our lives we anxiously await. The birth of a baby, a holiday, a wedding, awaited with great longing, then suddenly over, vanished as if an illusion. 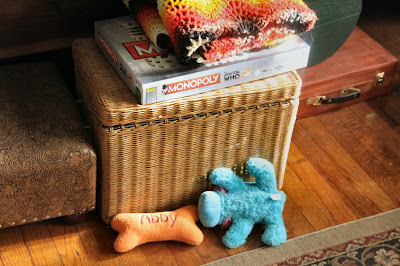 But Christmas Eve, as children was the best.  We weren't allowed to open any gifts until Christmas morning.  We'd be up before the marked light of dawn, seeing the unwrapped gifts that Santa had left for us on the mantle around the fireplace, Mom and Dad trailing down the hall stifling yawns.

I spent Christmas Eve and day some years back with neighbors who let the kids open the gifts on Christmas Eve.  They didn't go to church so Christmas Day was simply watching sports while the kids played non stop video games.  I appreciated the invite but it felt no more like Christmas than the 4th of July. 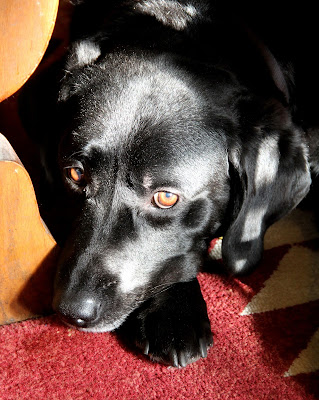 No, waiting for the morning was anticipated glory.  I'd sleep in a little trundle bed next to my brothers, trying to stay awake to hear Santa. Mom would come in and lay the sunset colored afghan she had crocheted on top of me for warmth.  Outside, the big, fat 1960's Christmas lights would shine through a window, curtains swept aside so we could see.   Overhead, an aircraft went on its way, solitary and swift like a shooting star.  We'd  speak in low tones, as if in church, as outside the door, our wiener dog Pepper's toenails click-clacked on the hardwood floor as she patrolled her domain.

We would always fall asleep too soon, and wake before the sun rose with that flaming stare of quiet curiosity. 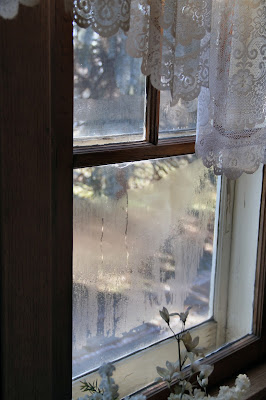 But Christmas isn't the only thing we look forward to.  It may be graduating from college.  It may be retirement.  I think of those people that have a countdown calendar to the day they can walk out the door.  Some come back to the workplace by to say hello, as if tethered to that place they spent so many, many years. Some we never see again, that place nothing more than a coat they have now flung off in warmer lands. 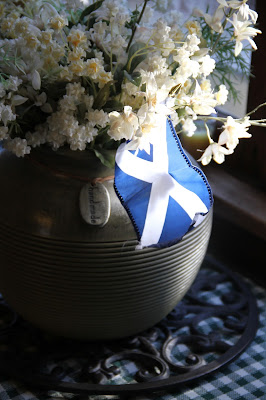 You think what you wait for will take forever to get here.  Then, when it is behind you, those days seemed as they raced past, brilliant and quick, nothing more than a flash of light in the distance, the nights as short as fragmented dreams. Too soon, what you waited for is memory, never to be reclaimed but in thought.

Dad does not wish to celebrate Christmas as anything more than the quiet communion in his home with the minister in celebration of Christ's birth. By his choice, there has not been a tree for a traditional Christmas celebration since my Mom died over 30 years ago. The aluminum tree and color wheel were packed away, never to be seen again. In the years before he remarried, there was neither light nor breath in that house for my Dad and he just wanted Christmas to be over with, once my brother and I were out of the house. 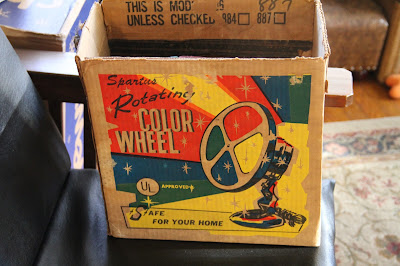 When Dad did remarry, to a widow who had herself lost a beloved spouse- they usually spent Christmas at his sister in law's condo in San Diego - enjoying the warmth.  Dad did not wish to spend Christmas day in a house in which my Mom's laughter had gone silent.   I understood, spending Christmas with friends, later volunteering for extra flight duty so those with children could have the day off.  I understand it even more after losing my brother. 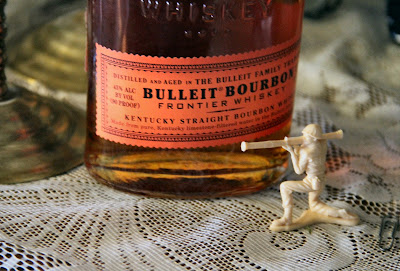 Today, I look up at the flash of a light, here in the fading light.  It is is an airplane, the tiny blink of its passing no different than the ones we viewed as children. I know too well, the feeling of that crew, anxious to get to their destination, hoping they won't have weather or a mechanical issue that precludes their making it home in time for Christmas.  I know the sense of relief of the last flight of the night, launching into a sky, that like man, in one embrace can assume and appease, even as it cannot forgive.

Many a night I flew on Christmas Eve, eliciting a chuckle from the crew chief when he glanced up at the Cockpit and saw my Santa hat as we prepared to depart.  We were only anxious as to the day and time until we were aloft, then like seaman have probably felt since time began, we settled down, finding the true Peace of God and Earth somewhere over 35,000 feet, finding the storms and turbulence, not as some heavenly punishment for our selfishness in wanting to be home but rather a gentle rebuke to curb an impatient heart. 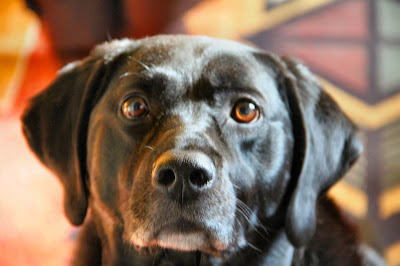 At altitude we'd talk of Christmas past and the hope for Christmas future, perhaps one with a family, our voices quiet, no louder than expelled breath, as the miles ticked under us.  Those in the back of the airplane were subdued, anxious to get home, looking down on cities that twinkled like Christmas lights, clouds bunched over some of them, like warm flannel blankets. Some nights the wind would be so strong aloft we felt like we'd stopped, going forward not with will or strategy but simply that groved habit to endure,

The recorded weather data that we'd confirm receipt of, instead of Delta and Echo and other letters of the phonetic alphabet were Dancer and Prancer and such.  On more than one Christmas Eve, my copilot would confirm Information "Santa" received and we'd made our final descent, not to a city where loved ones awaited, but simply a hotel room with all the ambiance of a dental lab, it's emptiness bringing that quick sharp sting that I could taste in my mouth as I opened the door.

There, I would sleep like a soldier in the field without shelter but for stiff, cotton sheets, waiting to wake up to the fight and the firing. 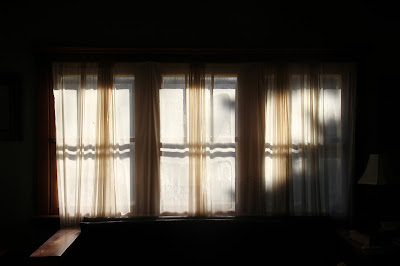 Tonight I look up and outside. There will be no Christmas light at home, too many commitments of work and family to get them up this year. But there will be a 1960's aluminum tree with an antique color wheel, found at a garage sale, repaired and set up by my husband.  There will be the click-clack of Abby's toenails on the hardwood floors as she patrols her domain. In the kitchen, there will be cookies and a pot of tea set to boil  And on the shelf, there will be found a framed picture of a little auburn haired boy and girl sitting in their Dad's lap, Christmas decorations in the background, as he reads them a story.

It was a story of a baby, one not born of passion or pleasure but one born so that more than a Mother's suffering in his birth would be eased til the end of days.  It was a story of forgiveness we often can't receive from man, but that is His promise in eternity. 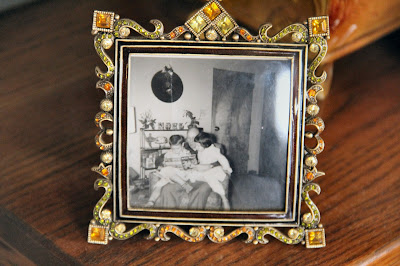 This Christmas season, I'm grateful for the anticipation of days.  Christmas will too soon be here and gone. Those that I spent the Christmas of my youth with are gone, but for Dad, his own days drawing to a close. What is left now may just be a fleeting illusion, but illusions, like memory, are as true as flesh, bone, and blood.

Rather than wish that Christmas was here, I'm going to wish it would wait, that I can savor this time of quiet peace, the smell of ,warmth, the laughter of my husband, and the hearkening of a family of angels who calm this impatient heart with a touch as soft as a caress.
Posted by Home on the Range

To help slow time a little bit more, maybe a batch or two of Christmas Cookies baking will add another dimension to the memories of Christmas Passed. My Cousin and Aunt have kept that tradition going now for over 30 year.

We thought that the anticipation of Christmas would fade a little as our daughters grew older, but it returned as we learned the joy of fellowship with them as adults. And we, too, wish that the build-up would last longer.