The difficulty in calculating the benefit/risk of the Vax

We are bombarded with government-sponsored propaganda telling us to get (and possibly threatening us if we don't get) the COVID Vaccine.  I'm a firm believer that people who want to take it should, and people who don't want to shouldn't.  But as someone trained in the Scientific Method back at State U (Electrical Engineering, thanks for asking), it would be nice to have some better data to help make this decision.  What are the (quantifiable) risks, and what are the (quantifiable) benefits?

First, a discussion on quantifiability.  Isegoria (you do read him every day, don't you?) posts something that I'd never heard about but sure wish I had:

NNT is an abbreviation for “number needed to treat.” In other words: How many patients must be treated with the drug in order for a single patient to get the desired benefit?

When you read about drugs in the news — or even in most medical journals — you will almost never be explicitly given the NNT (which I will explain in more detail below). Instead, you’ll get relative risk reduction, a metric that a Michigan State med school dean once told me “is just another way of lying.”

Let’s say that 1 in 1,000 patients who take the new drug suffer a particular grievous side effect. In that case, the NNH is 1,000, while the NNT is 25,000. Suddenly, the decision seems a lot more complicated than if you’re just told the drug will lower your chance of dying from Ryantastic syndrome by 40 percent.

So one patient in 25,000 will see a benefit and one in 1000 will see a harm.  Thank you very much, but I'll take a hard pass on this hypothetical scenario.

So what are the NNT and NNH for the COVID Vaccine?  The data are elusive here.  As far as I can tell the NNT data are entirely opaque - there doesn't seem to be any way at all to calculate this from published sources (please post links to sources you know in the comments).  But Peter shows that there are very troubling data on NNH.  Very troubling:

A recent analysis by researchers at Queen Mary University in London found that even in senior citizens, about 85% of deaths reported to VAERS were definitively, likely or possibly caused by the vaccine. Moreover, due to significant under-reporting, the true number of vaccine-related deaths may already be significantly higher, possibly in the range of 10,000 to 50,000 deaths in the US alone.

Below a certain age, covid-related mortality is so low that covid vaccines are bound to kill or severely injure more healthy people than they save. In the US, this age threshold may be close to 40 years, while in some Western European countries, it may be as high as 60 years (for healthy people).

It has been argued that vaccination against covid may at least prevent “long covid” or multi-system inflammatory syndrome (MIS) in children and young adults; however, new reports from Israel and the US indicate that, to the contrary, covid vaccines may themselves cause MIS as well as “long covid”-like conditions, often lasting for months or possibly even longer

It is often said that the plural of "anecdote" is not "data", but all of these sure point in the same direction, towards a higher NNH - and in particular, a higher NNH for age groups below 75.  The younger the age group, the seemingly higher the NNH.

I find the NNH concept to be extremely useful in making a benefit/riskdecision, even in the absence of solid NNT data because you are holding the (unknown) numerator (the NNT) constant while you increase the denominator (the NNH).  What you know with some certainty - at least if you have some confidence in the Harm data from the VAERS database is that the benefit/risk number is declining as you do this.  Likely it declines by a LOT, particularly for younger age groups.

Now, a note about NNT for Covid.  We have seen many studies comparing case rate between regions that had severe government-imposed lockdowns and regions that had none.  We saw this comparison between different US States as well as different member countries in the EU.  There was no correlation at all between lockdown harshness and case rate.  None.

I would love to see a similar comparison between vaccination rate and death rate.  My guess is that there is little or no correlation, and may in fact be negative.  That's a guess based on the elevated excess death rate but some or all of this could be due to non-Covid impacts from the lockdown: elevated suicide or overdose rates from people forced into house arrest.

I highly encourage you to read both Isegoria's and Peter's posts.  As I have been pointing out (for a dozen years) on Climate Change, the data will set you free but it can be some work to unpack the folded, spindled, and mutilated data sets.  The analogy with Covid is uncomfortably close: for both Global Warming and Covid the governments seem to be highly motivated to use these "emergencies" to increase their control over the economy.  In both cases the data are at least partially suppressed, and are certainly obfuscated.  In both cases the government's allies in Big Tech are actively censoring discussions deviating from the government's position.

But VAERS seems to be both hard to censor (and any censorship would be highly suspicious indeed) and extremely helpful towards calculating NNH. 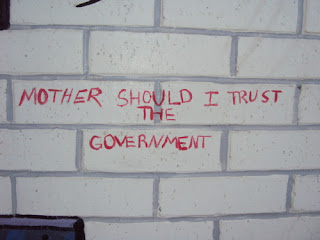 UPDATE 27 OCTOBER 2021 11:24: More interesting data: Covid hospitalizations for children down 56% since schools opened.  This suggests pretty strongly that the vax NNT for children is a lot lower than Dr. Fauchi and the CDC are telling us.

I don't know if we will EVER get the truth on the vax... Due to direction from my cardiologist, I will not be getting a third shot from anyone.

Anyone that believes the numbers spewing from the usual sources is an idiot (I am looking at YOU, Aesop!) At this point, the possibility of an objective statistical analysis is simply impossible. The Covidians are enjoying the hysteria and drama too much, and our ruling class has too much invested in it, and have told too many lies to permit it.

Chances are that whoever is compiling the statistics for publication is totally unaware of NNT and NNH as concepts. It's too advanced for them. [shrug] maybe I'm giving them too much benefit of the doubt.

Unfortunately, it's almost impossibly hard to get trustworthy statistics. There are countries that are reporting honestly, and you've seen those - the EU stats for Sweden, Ireland and the rest of the EuroMOMO data, plus Israel.

Ultimately, I've been basing my choices on the fatality rates for my age group and a conversation with my GP who advised against me getting the jab.

Back in my workin' days...
Among other things I was part of the CDC influenza surveilance system. Did plenty of swabs of people with weird symptoms before, during and after traditional flu season. For my efforts I did get a weekly report on what was going on.

Lots of it made no sense. Why did influenza usually start in China and, in an age of jet travel, still take the better part of a year to hit the West? And there were weird pockets of off season stuff. Summer in Alaska for instance.

That was with a virus that we A) have been studying for a century, and B) had not been tinkered with so far as anyone knows.
The current ups and downs with Covid flaring up and cooling down more or less independent of what we do about it (after the initial get ready lock down which did make sense), well I don't think anyone knows anything about what it will do next.

My personal and household demographics are such that the vacc makes sense. And I do know quite a few younger people who got rather punk from it. It is nastier than the common influenza, which is exactly what I'd expect with a Gain of Function lab oopsie. Wait, are we allowed to say that this week?

How do you breathe with your head that far up?

All you offer any discussion is bile, and all you leave behind is a bad smell.

Concern yourself with yourself, and I can go back to ignoring your existence in peace.

Britain has noted that the all-cause death rate of children (5-18) has doubled this year after they started vexxing almost everyone.

Us data shows that if you're over 65, the vexx is probably worth it. 55-65, odds are even. Anything under 55, the vexx does more harm than good, and the younger you are, the more likely the vexxine is to kill you.

VAERS may be hard to censor, but it isn't hard to manipulate. There are reports from nurses that certain hospitals and their staff doctors are refusing to input data into VAERS, despite obvious connections between vaccinations and adverse events.

I am not especially afraid of either the virus or the vax. I got the initial vax in the hope that the government would leave me alone. That appears to have been a faulty analysis so I am reanalyzing re the booster. If there is any data that is uncorrupted, I am unaware of it.

I've read that the latest theory for the cause of the fairly quick deaths from the vaxx (minutes to a couple days) is that the shot went into, or partly into, the circulatory system, instead of into muscle tissue.

There was a report from a nurse in a maternity? dept, that they were seeing a huge increase in miscarriages from those who got the vaxx while pregnant. IVF clinics are seeing a 100% failure if either partner has had the vaxx.

The .gov/media have been lying since day one about the vaxx. The patent trail from Fauci and buddies goes back over 20 years! He applied for a patent for the vaxx about 10 years ago, and was turned down. Didn't meet ANY of the benchmarks that define a vaccine. That they whipped this up last year was a total fabrication. They have known what the "side effects" are for the vaxx for years.
They keep moving the goalposts for the vaxx when it becomes obvious that it can't do what the last claim was. It's a negative across the board. Israel is seeing the deathrate of those vaxxed to be around 8x those un-vaxxed. Dangerous crap is what it is. Consider it to be an intelligence test.

Airline pilots are having problems at high altitude, and at least one has died at the controls. Some doctors are now calling for vaxxed airline pilots to be removed from flight status. Will be a grim day when some wide body airliner has both pilots die from the vaxx.

patent trail: (over an hour)
https://www.youtube.com/watch?v=ihjNDf32_Ac

@Richard - Not making fun of you specifically, but...
There exists a large group of people who got tired of jumping through government hoops, so they jumped through a flaming hoop in the hope that there would be no more hoops.