What are the Debates for?

The Queen Of The World and I went to some friend's house last night for a "Debate Party".  This is Trump land and so the atmosphere was a whole lot different than back in Maryland.  Trump threw lots of red meat to the home crowd, which everyone enjoyed.  But Biden did the same for his supporters, which they no doubt enjoyed, too.  Overall, I don't think that either candidate changed any minds at all. 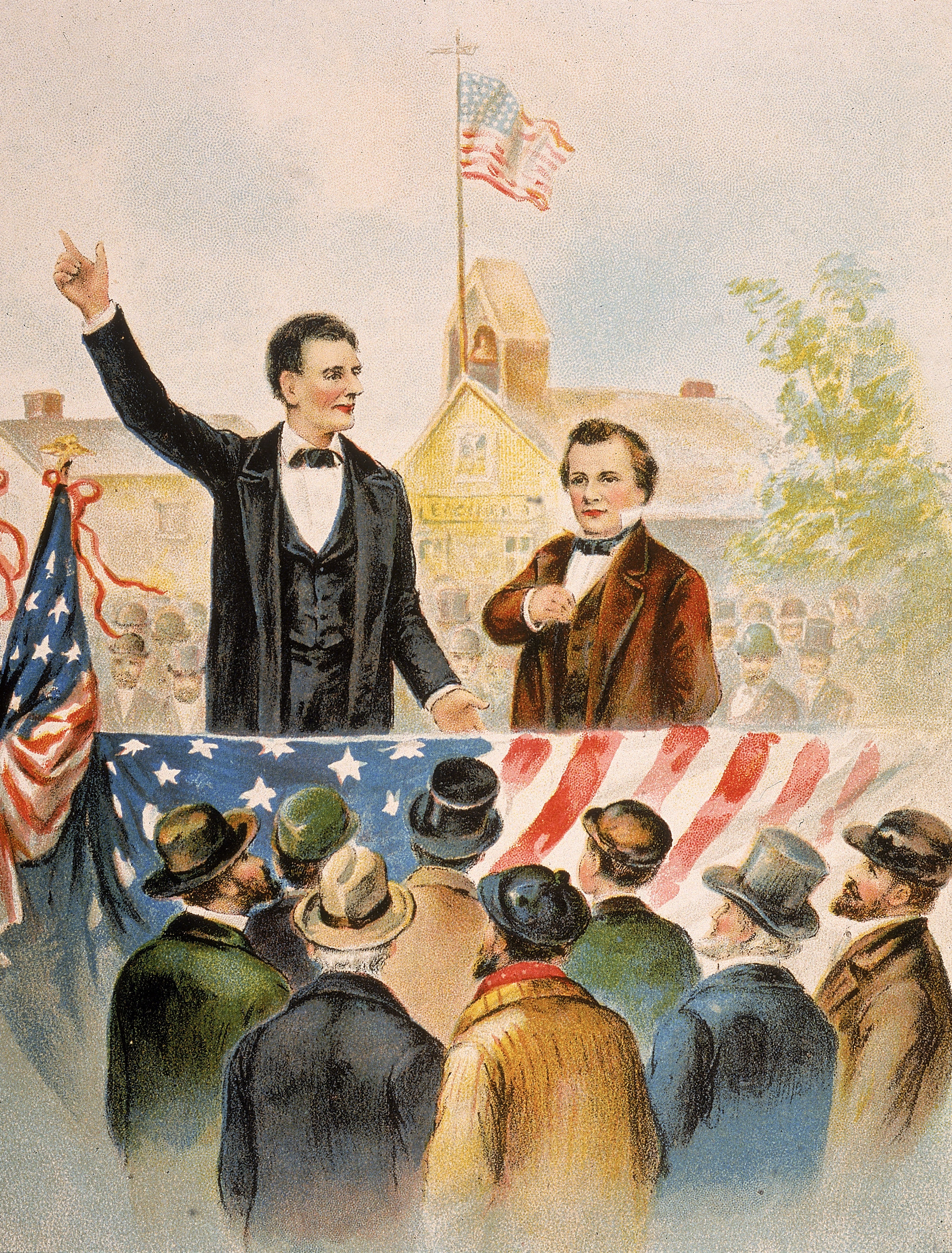 This made me wonder what debates are all about.  Way back in the day, it was really the only way for citizens to size up the candidates.  The Lincoln-Douglas debates are justly famous for this, where the debate would go on for hours.  It was really the only time that the crowd could get direct, unfiltered access in a pre mass-market media marketplace.

That's changed, but the debates continue.  Why?  What do we get out of this whole brouhaha?

Partly this gives us a chance to see the two candidates in a highly stressful situation.  It may be the only time we see them in a highly stressful situation.  Neither candidate has any control over the other and needs to react to unanticipated circumstances.  Quite frankly, this is a pretty helpful insight into how someone ticks - especially someone who will have his finger on the Doomsday Button.

I'm not sure how many people realize how important this is, or pay attention to it.  Certainly there are a lot of political analysts who are talking about how Biden didn't react well to Trump, and even asked moderator Chris Wallace for help controlling the President.  There may be a lot of people who didn't consciously pick up on this but who got a bad vibe about "leadership" and "strength", but this is pure speculation on my part.  As far as I can tell nobody is polling or focus grouping this so all we have is conjecture.

My scoring is that Trump did much better than Biden did on this point last night.  He had to react not only to Slow Joe but also to Chris Wallace who was clearly trying to help Biden.  His reaction is in stark contrast to Mitt Romney who rolled over to Candy Crowley in 2012.  Now it didn't really tell us anything we didn't know - that Trump is much more adaptable and thinks better on his feet in unpredictable situations - but this is confirmation that we saw with our own eyes.

Anyway, I can't see anything else that comes from the debates, but this seems pretty valuable.

So it looks like Biden had a "wire" and an earpiece, I wonder who was on the other end? And yes, Chris Wallace was not on Trump's side, that was clear.

Clearly not a real debate in the sense of what debating teams do. Oh well, I don't think anyone's mind was changed as you suggest.

By the way, men should never get a face lift, Biden looks like he has a mask on.

That was a dumpster fire, to put it mildly!!!

I didn't bother watching.... from what I've heard, both sides "won" in that neither got badly 'upped' by the other side...

If I may stick my long Canadian nose into your affairs - I am a Trump guy too. These things just have an obsolete format.

First, chit can Wallace and the media slob "moderators". Put Biden and Trump in sound proof boots. Each team draws up a list of questions for the other party. Each candidate has exactly 2 minutes to respond, and then his microphone gets cut. Each candidate gets 20 minutes to outline their party platform, and then their mike is cut. In short, make it impossible for them to talk over each other and squabble like grumpy old men.

I think to the uninformed Trump might have looked a bit like a bully - but anyone familiar with the state of things right now understands that Trump had to act like that or Biden and Wallace would have mopped the floor with him.

Biden is not demented, IMHO. He's clearly an idiot and hopelessly corrupt... but not senile. I clearly underestimated him...


Great plan. Next we have to figure out how to select some better candidates.

If anyone actually wants to fix the debates, the first thing is to get the media out of them. All they add is bias and stupidity. Hire some high school debate coach as a time keeper but other than that it is just the candidates. Each candidate is tasked to state policy on an issue. Each candidate is given a block of time to rebut the other. Who goes first is determined by a coin toss and then switched for the next issue. Policy issues are chosen by agreement by the campaigns. If they can't agree, then they alternate picking an issue but both candidates have to respond to each issue on the agenda. And just jam electronic input from outside.

I'd say one of the last real debates was between JFK and Nixon. It may still even be up on YouTube and it's worth watching. It's a clear example of how far society's intellect has fallen.

Anyway, I followed up on some snippets. It's clear the media as babying Creepy Joe.

@Glen Filthie @ASM286
I saw a proposal on another site (mebbe Insty, don't recall now) that suggested using a chess clock. Candidate 1 presses button, Candidate 2 timer starts, his/her/zher timer starts counting down and mike goes live. They speak as long as they want with Candidate 1 mike muted. When C2 is done, they press their button and the process reverses. Both candidates get equal time, neither can interrrupt the other, and it takes the "moderator" thumb off the scale.

I suggested a chess clock in one of the den of vipers I have to be "friends" with on Facebook. I think it would be an excellent idea. That and large blocks of time for answers. None of this soundbite mining for the media.

And Biden has Tourettes or something. Every time Wallace asked Trump a question Biden was making murmers, grunts, Uh-hunhs and other untranscribable sounds, as if he were in the pews of one of those black Baptist churches he still claims he attended. When he wasn't trying to end busing or dreaming about integrating lunch counters when he was ten.

I really do not watch the debates anymore. I have not been in question of whom I am voting for before the debates for many years and therefore nothing that happens in them really changes my mind. I wonder if anyone has done a measure of how many minds are ever changed by them.

I was struck by Biden's brazen lying. Just bizarre.