The futility of voter fraud

Peter has been on a roll lately (you do read him every day, don't you?)  Today he writes about the Democrat's rather transparent plans to commit massive voter fraud in November:

I must confess that from my perspective, looking at how the progressive left has warped and manipulated anything they could get their hands on in recent months, I'm inclined to agree with Bracken.  When postal votes are issued en masse, with few if any safeguards to ensure they reach those they're supposed to reach, and even fewer safeguards to prevent their manipulation and misuse before they're returned, that's far from a remote possibility.

Yup.  But it doesn't matter, this is just the latest in the Democratic Party's Wile E. Coyote campaign against Donald Trump.  It hasn't worked so far, and it won't work this time.  Let's just look at the current political situation as a proof point, shall we?

The Democratic Party unleashed a summer of riot, arson, and looting through their Antifa and Black Lives Matter street muscle.  The thought that they had Trump on the horns of a dilemma - that he had only two choices, both bad:

Trump was smart enough to choose option 2, but things didn't play out like the Democrats had planned.  While the media pushed and pushed, and huffed and puffed to paint the rioting as Trump's fault that didn't stick.  People from sea to shining sea saw that it was Democratic politicians who were egging on the rioters, and Democratic Mayors and Governors who were forcing police to stand down in the face of street thugs.  Trump is now riding high in the polls on his consistent, strong Law And Order platform and the Wile E. Democrat has figured out that he ran out onto thin air ... 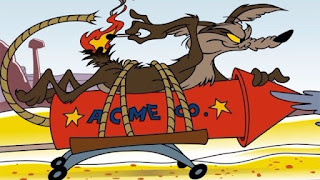 This is the plan that Peter posts about.  Basically it's mail a ballot to every registered voter, have street muscle raid mailboxes and fill out the ballots, complain that Trump's "Landslide" is only because the mail hasn't arrived, and bingo - Slow Joe Biden becomes President as Trump fades quietly into the sunset.

As if Trump would fade quietly into anything.  The whole scheme relies on something that is absurdly unbelievable (Peter's quotes from the article he links to):

Journalists can also help people understand that voter fraud is extraordinarily rare, and, in particular, that there’s nothing nefarious about voting by mail.

Who believes this?  The only reason that these people even say this is that nobody has ever done a systematic nation wide search for voting fraud.  But Trump would have every reason to do that.  Remember, voting rolls are public records.  Let's look at the massive amount of data that would be easily discovered in a public records search:

This is only off the top of my head; there will be lots more here.  Within a month of starting this analysis, the Trump campaign will have identified and quantified the scale of the fraud and the Justice Department will have opened criminal investigations in all 50 States and the District of Columbia.  The election will be on hold.

It's all exactly like the "peaceful protester" claims, and it will work out exactly the same for the Democrats.  And so their attempt to paint Trump as a Dictator-in-waiting will boomerang.  I'm not sure how this Republic will handle the upcoming political crisis, but a solid majority in this country will think that the Democrats tried to steal the election and got caught red handed.  I just don't see how the population will consent to being governed by the Democrats under those circumstances. 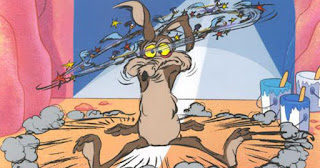 In all honesty, I think the result would be for the Democratic Party to fall apart like the Whig Party did - seen as unfit to govern.  Not that I'm keen on one-party government run by the GOP, but that's exactly where this will head.  Donald Trump knows all of this.  It's simply not credible that plans are not already going into place.  Unlike the milk toast Republicans of days past, Trump is out to save America and won't settle to being a graceful loser. 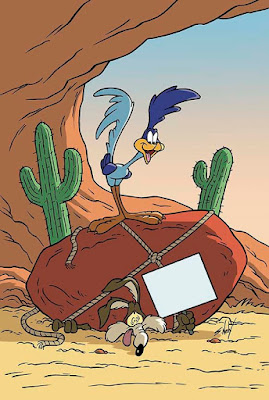 Yep, the media will DEFINITELY be complicit in the fraud...

The fraud has been going on for decades. In the late 80's when hubby and I were overseas, pretty much all the mail in ballots were "lost". And not found until too late to count.

I'm glad Trump will fight it. No one fought the last Arizona election, I think it was, when they knew fraud had occurred. I don't recall anything being done.

Tuesday was the Primary here in Mass. Lots of close races on the Dem side. What were all the losers ( to other Democrat's ) doing? Complaining about voter fraud of course. Pointing to mail-in ballots not counted, boxes of late arriving ballots. all the usual tricks.

It was too funny not to watch.

Voter fraud has been going on for over 60 years. Mayor Daley "delivered" Illinois to Kennedy, and things have gotten worse since then.

Check my math, but if the election is delayed by vote counts or lawsuits until the end of the year, Pelosi is pesident.

Election results are required to be certified; the state boards of elections certify the state's results, but IIRC, there's certification at the federal level as well (don't know if it's the FEC or Congress).

All that has to happen is de-certify a state's results because of "uncorrectable inaccuracies due to pervasive vote fraud"; CA has 55 electoral votes, NY 29, FL 29, IL 20, PA 20, TX 38; I doubt it's possible for a Dem to win without at least a few of those. Take CA and IL out of the equation and it's impossible.

Undoubtedly the Left would go berserk, but they're going to go berserk anyway, it's their default setting. Would it spark a civil war? Maybe, perhaps even probably, but we're going to have a civil war anyway within a few years, might as well do it now while the older among us are still young enough to enjoy it.

A Trump win would cause the Left to ratchet the violence to 11; once that dies down some, there will still be Soros/Steyer/etc. money funneling to Leftist agitation groups, the turmoil will not stop, and will probably get worse over Trump's 4 years. If we want our country back, or even just most of it (see Kurt Schlicter's book series for a not-so-impossible scenario) we're going to have to take it back, and that means through application of force - civil war.

The alternatives are only: 1) Give in to Leftist demands to control our lives and economy, or; 2) Live forever in a state of constant Soros-funded Left-driven turmoil and destruction until they overpower us. Is that how we want to live, and how we want our kids and grandchildren to live? Anyone who does can move to Venezuela today and enjoy the fullness of it.

I'd prefer to avoid civil war because it will be brutal and vicious beyond imagination, Sherman vs Atlanta will be just a starting point, and the 600,000 dead from CW 1 would be just a footnote. One thing the Left does not understand about violent conflict - I doubt they can even imagine it - is that, first, the political and social Right will not start it, but we will respond, and second, once we respond it will be wall-to-wall, no holds barred, balls to the wall violence and it will not be over until we decide it's over.

What many people do not understand is this is a fight to the death; we're in a cage match with the Left and only one of us will come out alive. Only one version of the United States of America as a Constitutional Republic will survive, and we get to choose between Soviet-style or Jeffersonian.

I sure hope you're right.
I don't doubt that feeling hopeless about being able to resist the dem voter fraud is one of their objectives, demoralizing us ahead of time.
While I want to hope for the best (your scenario), I am constantly reminded of how foolish and naive most of the people around me seem to be. That makes me more fearful that the dem's plan to steal the election will work.

The Democrats are going to commit massive fraud. Will it be enough to flip the election? I don't know but there is no "margin of fraud". It is whatever they want it to be. If they succeed, then what. I agree that Trump won't go quietly, like Nixon did in 1960 where fraud did tip the election. But what does he do? What do we do? I see a huge amount of denial coming from the Right on this issue.

Richard, my point is that there's simply no way that the Democrats can do this without everyone in the country knowing the scale of the fraud. At that point, the public itself will see the election as illegitimate. The Democrats won't simply be able to waltz into to power on stuffed ballot boxes with the GOP sitting quietly in the corner (like in the days of McCain and Romney).

I'm not sure how this plays out, but I can't for the life of me see how this helps the Democratic Party. They're about to lose (if it's a fair fight) and they'll lose much worse if they cheat as big and as crudely as it looks like they're planning to.

@Borepatch
I don't really disagree with you but then what? If they steal the election with media cover and corporate support, what exactly are we supposed to do. They control most of the means of communication and have vast financial resources. They control Federal law enforcement though we have some support at the local level. The military? Who knows?

"At that point, the public itself will see the election as illegitimate. "

If a substantial proportion of Americans - not necessarily a full majority, just a very substantial proportion - arrive at the inescapable conclusion that it is impossible to select our leadership with elections, and will be forever more because lying, cheatng, thieving Democrats will "bake in" massive fraud to each and every election, from Dogcatcher to President, citizens will realize the only way to select our leadership will be through the application of force.

And force will be applied. In a few years we can build a new Capitol building in Topeka because the old one is at the bottom of the crater that used to be Washington, D.C., along with every worthless politician, syncophant and toadie we can find. "Pogrom" will require a new definition.

And the Democrats not only do not see that coming, they do not have the ability even to imagine it. The question is "will there be enough left of the Constitutional Republic to resurrect?" I'm sure Democrats aren't even thinking of anything like that, they just want The Power to Rule.