The breakup of the Democratic Party coalition

The Democratic Party is made up of various groups that do not have much in common.  Blacks are not hispanics, and vice versa.  Private sector unions are not public sector unions.  A lot of effort has gone into trying to convince suburban women that it's mean to vote Republican.  Meanwhile, there is a set of elite power brokers pulling everyone's strings.

One problem with this is that the hypocrisy has gotten too blatant, opening the door to Bernie Sanders and AOC and the radical left of the Party.  The other problem with this cozy arrangement is that the power brokers have essentially gone insane in their attempts to get rid of OrangeManBad.  Now consider what actions the Elite has taken and what they have done to the members of their coalition:

Good job, Democratic Elites!  It looks like you've angered every single constituency that makes up your party, six weeks before the election. 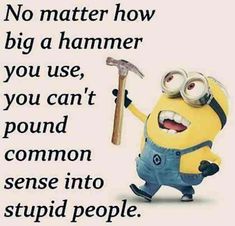 These ideas are shamelessly stolen from an outstanding post at William Briggs (Statistician to the Stars!). I'm not entirely sure I agree with the conclusions but maybe that's just me.  Go read the whole thing.  It proves that sometimes Monday mornings get off to a good start.
Posted by Borepatch

Looking in from the outside (because one thing I'm NOT is a Democrat!), it appears to me that the party leadership is focused on pleasing their wealthy paymasters and the radical upper class, which is mostly White and big into environmental and social justice, plus making money while pretending not to..
I feel like everybody else gets at most lip service; as you mentioned, some (like Hispanics) aren't even getting that...
In both the 2016 ans 2020 elections, the system was rigged to ensure that the chosen one got the nomination, not the popular one - I think that 2020 is going to wind up with 2016 like lack of enthusiasm... I find it mind boggling that party leadership has any hope of winning with such a poor unpopular candidate. Do they expect to make it all up with fraud, or are they so out of touch they don't realize the problem?
(I would not rule out being out of touch - Democrats have shown an incredible capacity for self delusion, supported by Yes men and favorable polls and media coverage)

The Dem Elite have been doing this since... well... Day 1 of the Democratic Party.

Say they are for one thing, and actually are for another. And they've been as blatant about it then as they are now.

Like the whole LBJ "If we sigh this, we'll have XXXXX eating out of our hands for a hundred years" thingy, when it's always been a part of the Dems to stomp on minority non-whites while using them economically and politically as a scare tactic against whites.

When the various teachers' unions turn against the Donks, I may start to believe there really is a shift. Until then, nope.

And all these unions shifting to Trump like the police unions and such? Sounds good. Prove it. Are their union monies still flowing into Dem coffers? Only the denial of monies to the Donks will get me starting to believe. And I mean not funding both candidates, but only funding one. Since before the unions announced for Trump a large amount of cash was pouring into the Donks from these unions.

Jonathan, it reminds me if what the Republican party has been going through for the last ten years.

Beans, I think the real impact is in low enthusiasm among the rank and file Democrat voters. A bunch of these won't vote for Trump but will just stay home in disgust. That will hurt the down-ticket Democrats.

"you have to wonder if these people will start to wonder why they support the Democrats."

The Dems are doing their best to convince all these factions that it's all Trump's fault.
24/7 every news service tells them so.
Even people who seem intelligent believe it.

That was a long read; but interesting. I agree with the estrogen interference.

I don't think Dems will lose the teachers though, they are too busy parroting the socialist mantra to our children. Or they were.

Fraud. That's why they only want mail in voting.

Linda, no doubt they're going with the Trump hate as their strategy - it's all they have. I don't think it's working out for them the way it used to. Democratic voters are distinctly cooler on voting than they have been. Losing 10% of the black/hispanic/union vote means a Trump landslide.

And industrial scale fraud requires people keeping their mouths shut and participating. If you lose even a few percent of these as whistleblowers then the game is over. This is the problem with conspiracies and has been since time was young.

I wonder too... how many Trumpsters are being hatched in places like Portland and Seattle and the other lib dives? I’d think that if I owned a business, and the usual suspects burnt it to the ground while the Donks made excuses for it... I’d probably get some small pay back at the voting booth...

The fraud is obvious but the media and DoJ cover it up. They are going to try to steal the election. They may succeed and then what. Where is the red line? Stealing elections, confiscation of firearms, banning religious services, suppressing free speech, violent attacks on opponents have all happened with more in the offing.

Don't count too heavily on the breakup of the Lao Donk coalition. Remember that in July 1917 Lenin (according to Trotsky in Lenin: Notes for a Biographer) was hiding in a hayloft expecting to be arrested and shot at any time.