The lockdown is far deadlier than the virus

I've been saying this for quite some time, but in generalities.  Now comes a study which quantifies things:

A groundbreaking new study commissioned by Revolver News concludes that COVID-19 lockdowns are ten times more deadly than the actual COVID-19 virus in terms of years of life lost by American citizens.

Bold in original.  That's some medical response, right there. 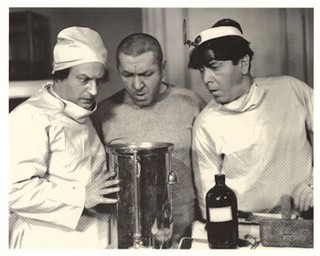 In all honesty, this really isn't controversial at all.  We've studied the health effects of unemployment for decades and decades.  We know what happened to employment, and how many people lost their jobs.  Applying known health impacts to those people allows us to quantify mortality due to the lockdown.  It's just math.

What is interesting here is the analysis of age at death.  For virtually all (90%) of Covid deaths, the patient was very old.  This means that there were few "life years" left for that patient.  However, for unemployment caused mortality the age at death was much younger, and so there were many more years for each of these people.

The process of higher mathematics gives the result that is in boldface in the quote.

It's hard to see a more counter productive government response.  You might not be able to think up a more damaging response, in fact, even if you thought pretty hard.  But the lockdown sure did give a lot of power to a bunch of petty Napoleons so it's all good, amirite?

It was worse than a crime.  It was a blunder.

- Tallyrand, commenting on one of Napoleon's more blood soaked adventures.

It has shown that tyrants gonna tyrant when they think they can get away with it. Hopefully, HOPEFULLY, this will be reflected in the elections coming up...

There's a guy named Ivor Cummins who has a YouTube channel. I came to know him because of his work with Coronary Artery Calcium scans and questions about whether cholesterol actually matters at all for heart attacks. He is (was?) a biochemist for a pharmaceutical manufacturer and brought his problem solving skills and root cause analysis to his own health. Very bright guy.

Throughout this pandemic, he has largely focused on things like this. He has interviewed a good handful of very experienced virus experts, immunologists and so on. The math has said lockdowns are useless or counterproductive from the earliest studies, back in April.

In this weird, everything-is-political time, the people who argue to "follow the science" refuse to acknowledge the body of evidence. The number of suicides is staggering. Then you think of the number of people who aren't going to get their cancers found at stage 1 or stage zero when the chances of cure are the highest because most of conventional medicine was shut down and you know there's a cancer apocalypse coming.

I'm waiting for the news to leak out that those in charge of the CDC, NIH and other health organizations knew that the Corona-Chan wasn't as dangerous as they all said it was, and that we were played from the beginning.

I mean, we all know we were played from the beginning, but for the average Joe Schmuck and Jane Schmuckette to be boldy told that they were lied to and cheated on...

And we need to look at the politicians who advocated lockdown and pushed lockdown upon us. Curiously, many were the same politicians who, during Chinese New Year, said the President was racist for shutting down direct flights from Communist China and encouraged average citizens to go play with the ChiComs during the celebrations.

So much fakery. So much destruction. So much lost and never will be recovered.

Yet you have people like Speaker Pelosi going to a closed 'for average joe and jane schmuck' hair salon that the owner is losing because average people aren't allowed to go to hair salons in SanFran. Or mayors and governors seen going to stores and bars and restaurants that average citizens can't go to (how very... soviet of them, isn't it?)

Instead, we have people who died alone in hospitals because their family members weren't there to make sure the healthcare workers did their damned jobs (something I do for my wife every time she gets near one of those death-houses.) And we have people separated by barriers who had been married for 40-50-60 years, because one was 'positive' and one was 'negative' for Corona (even worse, we now know that the positive tests were most likely wrong, and even if they were positive-positive, most actual positive cases were asymptomatic and non-transmittable, even amongst the old and infirm unless tossed into certain petrie-dish like conditions such as over-full nursing homes...)

But, as usual, looks like the truly guilty will skate free of any persecution or prosecution for their crimes against humanity, because they have the magic political party card.

SiGraybeard: Then you think of the number of people who aren't going to get their cancers found at stage 1 or stage zero when the chances of cure are the highest because most of conventional medicine was shut down and you know there's a cancer apocalypse coming.

It's a general medical apocalypse, though the cancer rates alone will be staggering.

Infant mortality is rising in America, because more mothers-to-be are choosing home births to avoid the hospital -- not that there's anything wrong with this in normal times, but we're not in normal times -- midwives are overbooked, and post-birth health checks aren't happening.

More major dental surgeries and infections, because routine checkups are cancelled for the foreseeable future. Ditto for most maladies normally detected during routine checkups (including cancer).

Not to mention all the cases of antibiotic-resistant staphylococcus lung infections, from masks which make you rebreathe your own exhalations.

I predict a follow-up multi-disease pandemic this winter, consisting of what used to be "normal childhood illnesses" (measles, mumps, chicken pox, etc.), because not only are kids not getting their vaccines (routine checkups cancelled, remember?), their immune systems are being weakened by not being exposed to daily life, exercise, and vitamin D from the sun.

The worst part is, we'll never really know the extent of the damages because the powers that be are not tracking valid numbers. (Oregon, for example, still insists on conflating "dead from COVID" and "dead with COVID", after Washington and Colorado, for example, were convinced to differentiate to get an actual death rate.)

I can't imagine a worse reaction than the lockdowns, "social distancing", and face covering mandates. The "curve" never "flattened", people still caught COVID (and a million other things that everyone ignores, unless they occur as "co-morbidities" with COVID), the most vulnerable weren't protected (or were deliberately exposed). We did potentially irreparable harm to our current and future economies, global and domestic.

People suffered and died. Businesses and whole industries are gone, some for good. And because of political posturing and the failures in proper analysis, we'll never really know the extent of the damage.