Lots going on and so I don't have time to flesh these out much, but still worth your time:

Everywhere it seems that the public is rebelling against the Greens, who seemingly cannot regulate their demands to the "moderately sane" level and appear determined to ruin everyone's lives.  Protests in Chile and in the UK and The Netherlands are really an inversion of 1970s and 1980s radicalism - now it's the "revolutionaries" that have triggered mass, spontaneous protests.  File this under "Environmentalists are stupid and everyone hates them now."

A simple typing mistake led to an IBM S/370 mainframe getting wiped out, and IBM coding a check to prevent this from happening again.  That story reminded me of how Back In The Day we took our security scanner to a Big Government Agency to test it.  The scanner excelled at guessing usernames and passwords (this was back in the day before the operating system stopped you from trying eleventy million passwords).  There was a big row of Unix servers in the data center; some Einstein had wanted to be able to remotely shut them down without having to walk all the way to the room and so had set up accounts with a username of "SHUTDOWN" a password of "SHUTDOWN" and which executed the login shell /sbin/shutdown.  As the consoles all started flashing the message "THE SYSTEM IS GOING DOWN IMMEDIATELY", one after another, the wide-eyed Admin said something along the lines of "Make it stop! Make it stop!"  Good times, good times.

It's been ten years since ClimateGate and climate science is worse now than it was then:

Scientists on the ‘warm’ side of the spectrum think that IPCC is old hat and too conservative/cautious (see esp Naomi Oreskes’ new book); in short, insufficiently alarming.  The ‘alarmed’ scientists are focused on attributing extreme weather to AGW (heeding Steve Schneider’s ‘wisdom’), and also in generating implausible scenarios of huge amounts of sea level rise. As a result, consensus of the 97% is less frequently invoked.
Such alarmism by the climate scientists has spawned doomsterism, to the dismay of these same climate scientists – things are so bad that we are all doomed, so why should we bother.

This is kind of depressing and is really a eulogy for Science in today's society.

Today is the 154th anniversary of Lincoln's Gettysburg Address.  I covered that here.  Propaganda isn't just a recent phenomenon.  It was par for the course with "Honest Abe", which is why he is undoubtably the worst President in this Republic's history.  Of course, the history of that war as it's taught today is retarded.

And after all this (mostly) bad news, here's a palate sweetener courtesy of Gorges: 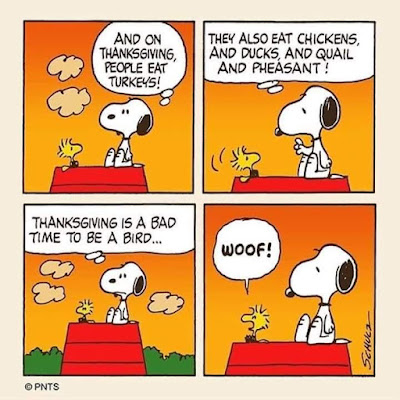 I am reminded of an apochyphal story from the early days of my alma mater’s computer science program.

One evening a graduate student computer operator was telling a student that this particular computer was government surplus and had previously belonged to the CIA. The student replied that the CIA doesn’t sell surplus computers. After some increasingly animated debate, the student went to the card punch machine, typed out a single card, puts his job card on top, ran it through the card reader then put the card into the inner pocket of his sports coat.

The student commented, “I guess it WAS a CIA computer” and went his way.

In the early 1970s in the days of FORTRAN IV and punch cards someone managed to crash the entire University of California system, nine campuses. They were very explicit about how our card decks should end after that.