Thirty years after the Berlin Wall

The Usual Suspects® are ignoring the anniversary, but that's to be expected.  After all, pas d'enemies a gauche, n'est-ce pas?  But the cold reality of that monster regime is ever green, with explicitly socialist presidential candidates and large numbers of this Republic's youth thinking that socialism - and even communism - is the bee's knees.

I wrote this ten years ago on the 20th anniversary of the fall, hard on the heels of the Newsweek Cover story "We're all socialists now".  The Useful Idiots® are still idiots today.  They're also useful, to some. 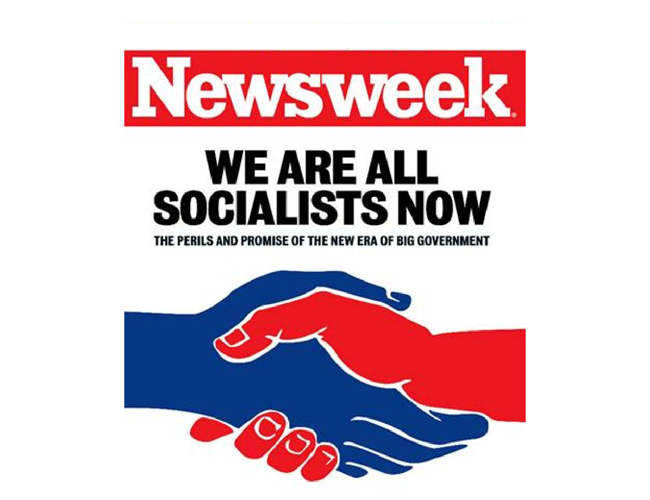 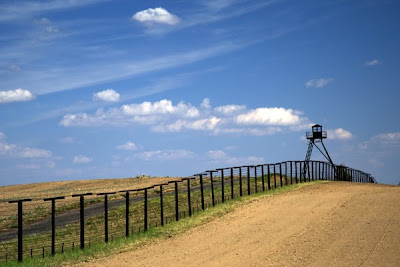 The function of wisdom is to discriminate between good and evil.


I used to be a leftist, proudly "progressive."  No more. I no longer have the stomach to sleep with evil, even evil in the name of the greater good. In all of the retrospectives about the fall of the Berlin Wall this score of years ago, something is missing. Recognition of tyranny is there (mostly). Recognition of how (mostly) the once unfree populations have embraced freedom is there, too (mostly).

What's missing is any description of the depth of evil that was our enemy. Col. Jeff Cooper saw it, and wrote of it in To Ride, Shoot Straight, and Speak The Truth:


Starting at its western edge, The Line is composed of several strata. First comes the actual linear boundary, surveyed and marked to the centimeter. There is no fence here. Free people can walk right up to it - but they do not step across it. Death looms. Some ten paces beyond the marked boundary, to the eastward, is the outside fence. It is a single barrier some ten feet high, electrified and sown with directional mines set to fire along its inside surface. Beyond the outside fence is a band of dead ground some 100 meters in width, cleared of life and planted at random with pressure-release anti-personnel fragmentation mines. When the snow melts in winter thaws these go off erratically in the sunshine - "Lenin's serenade."

At the inner edge of the dead ground are the dogs - German shepherds chained to an overhead trolley that allows them to run parallel to the inner fence but not back into it (electrocution) nor forward away from it (explosion). ...

At intervals watchtowers loom fifty feet into the air, manned and equipped with enhanced-vision devices, cameras, weapons, and release controls for packs of killer dogs which can be set free at command behind the inner fence. ...

Behind the inner fence lies a belt of Zombie-land five kilometers deep. No one moves here except those whose duties demand it. The fields produce. Roads and roofs are mended. There is an occasional dilapidated vehicle in motion. At first glance it seems a viable countryside. On closer inspection, however, it is death-in-life. There are perhaps two lighted windows where there should be scores. Such villages in which there are lights are inside electric fences. The sickening effect grows as the sun sets. ...

With exquisite cruelty the very existence of The Line is concealed from those it contains. The east border of the 5 km Zombie zone is marked - from the east - simply as the border. Good slaves do not cross it, not because it is fearful to behold, but because they are good slaves. Bad slaves sometimes do cross it, but because they do not know what they face they usually die.

My staff sergeant guide on this occasion told me of a case he witnessed. A young woman, apparently driven to desperation, dared to cross the eastern 5 km line and lead her small child west towards liberty. As she approached the inner fence, the orcs in the watchtower loosed the dogs.

"I stood there with a rifle in my hands, but I was not allowed to shoot." He said, "I hear those screams every day. The mother's were louder than the child's. They were long and very high. They drowned out the growling of the dogs.

The worker's paradise was not above selling its slaves to the west:


Between 1964 and 1989, 33,755 political prisoners were ransomed. A further 2,087 prisoners were released to the West under an amnesty in 1972. Another 215,000 people, including 2,000 children cut off from their parents, were allowed to leave East Germany to rejoin their families. In exchange, West Germany paid over 3.4 billion DM – nearly $2.3 billion at 1990 prices – in goods and hard currency.[117] Those ransomed were valued on a sliding scale, ranging from around 1,875 DM for a worker to around 11,250 DM for a doctor. The justification, according to East Germany, was that this was compensation for the money invested by the state in the prisoner's training. For a while, payments were made in kind using goods that were in short supply in East Germany, such as oranges, bananas, coffee and medical drugs. The average prisoner was worth around 4,000 DM worth of goods.[118] The scheme was highly controversial in the West. Freikauf was denounced by many as human trafficking but was defended by others as an "act of pure humanitarianism";[119] the West German government budgeted money for Freikauf under the euphemistic heading of "support of special aid measures of an all-German character.

I'm thankfully not the only one to notice this strange amnesia, and judge. And to find today's leftist intellectuals to be wanting:


The first person shot dead at the Berlin Wall was 24 year old Gunter Litfin, as he tried to swim across the Spree River on August 24, 1961. A year later, East German guards shot 17 year old Peter Fechter as he tried to scale the wall, and left him to bleed to death in that barren and desolate area of open land east of the Wall.
The last person known to be killed at the Wall was 20 year old bartender Chris Gueffroy, shot ten times for good measure on February 5, 1989.
...
I find it obscene that [New Zealand] National Radio broadcasters Geoff Robinson and Lloyd Scott this morning recalled the Berlin Wall, its twenty-eight years of bloodshed and the 1200 slaughtered East Germans, with wistful nostalgia. They even appeared to excuse the East German secret police, the Stasi, as people just doing their jobs.

Not just judged to be morally void, but intellectually as well:


In 1922 Ludwig Von Mises explained that socialism would eat itself and the people whom it enslaved – that it couldn’t plan, it couldn’t produce, that it couldn’t calculate -- that it was and always would be both morally depraved and economically unsustainable. Sixty-seven years later he was proven emphatically correct when the illusion that was socialist Eastern Europe collapsed, and the symbol of its totalitarian state was torn down.

The barest minimum qualification for an intellectual is to examine and test your first premises. To reject them, if they do not model the world effectively. Philosophers all the way back to Plato would hold today's left in contempt, with their hope that some how, this time it will be different. 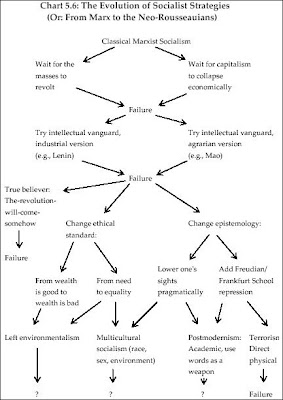 Here's a different way of saying the same thing:

Such a strange forgetfulness by the Moral Titans of the left: chattel slavery, Schießbefehl ("Order to fire" - shoot to kill), thousands of dead, the souls of millions crushed. For their own good, of course. The People must be protected from the people.

So strange that the left cannot take this moment to reflect on actual evil, and to condemn it without mistakes were made and for a noble cause excuses, without clinging to that most slippery word "but". They believe - and I generally concur - that they are good people, motivated to do good. But they flinch from examining the actual truth. They are behind their own mental Iron Curtain, trapped by an unexamined world view. Behind their own, intellectually-imposed Line.


The east border of the 5 km Zombie zone is marked - from the east - simply as the border. Good slaves do not cross it, not because it is fearful to behold, but because they are good slaves.


He who passively accepts evil is as much involved in it as he who helps to perpetrate it. He who accepts evil without protesting against it is really cooperating with it.

Thanks for remembering Wall Day.
It was a hell of a ride.
It was wonderful beyond words to be there when freedom was victorious over absolute tyranny, the day we won the Cold War.

And the Germans appear bound and determined to throw it all away. And the never-to-be-sufficiently-damned Leftists here at home, too.