When Los Angeles Mayor Eric Garcetti launched his "Green New Deal LA" plan last month amid cheers from environmentalists, hundreds of jeans-wearing, tattooed union members outside the event chanted “Garcetti’s gotta go” and denounced the move as a betrayal. The Garcetti protest was followed by disputes in the state capital this month over a large buffer zone that would block new oil and gas wells, as well as a massive hydro project near Joshua Tree.

This article from reliably-lefty Politico looks like a warning to the Democratic party, that their labor union supporters are seeing red, not green:


Brian D’Arcy, business manager of the powerhouse International Brotherhood of Electrical Workers in Los Angeles, says that Garcetti’s move is just the latest on the environmental front that’s pushing his members toward the GOP — and into the arms of Trump, who effectively wooed blue-collar Rust Belt workers on his way to a 2016 presidential win.

“I’m getting hate mail and blowback from our workers, saying the Democratic Party is doing nothing for us,’’ D’Arcy says, sitting surrounded by his union members in a hall in Los Angeles as they prepared to protest on the streets. Asked if members might gravitate toward Trump, D’Arcy sighed and said, “It’s already happening.”

The article has a whole lot of unions and environmentalists are all singing Kum Bay Ya, but it rings a little hollow with unions taking to the streets to protest Democratic politicians:


Robbie Hunter, president of the state Building and Construction Trades Council — which represents more than 400,000 workers — says that dozens of his members plan a major “Blue Collar Revolution” demonstration Saturday morning at the California Democratic Party convention in San Francisco, which will be attended by 14 of the Democratic presidential contenders and 5,000 delegates and guests.

As I've said it's unlikely (although possible) that Trump can win 49 States in next year's election.  However, winning 400,000 union and moderate Democrat votes in California takes him a long way down that path. 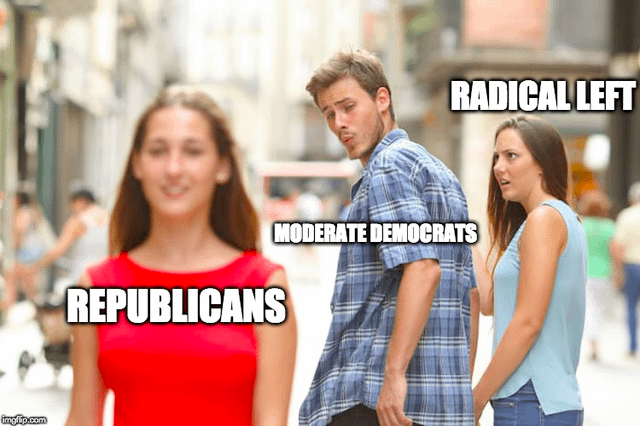 Right now I can imagine that there's a certain satisfaction in the Trump 2020 campaign, as the Democratic party is fracturing at the seams.  But it's not over until it's over. 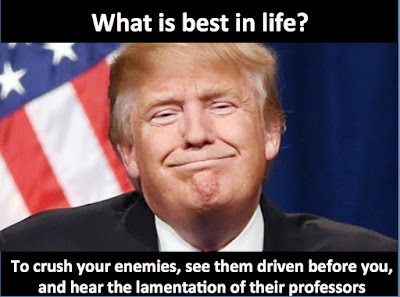 Labels: Donald Trump, politics, The decline of the Progressive West

It all depends on whom Democrats run. If they manage to find someone, for example, who is SJW on abortion, trannies, and all the green stuff, but has good stance on gun rights... yeah, you can laugh now. But Trump was not very good on that. Better than Hillary, but could be worse against a theoretical heartland Democrat, who is not a stupid criminal, if the Democrat machine can manufacture one.

The was somewhat similar actions in Australia recently. An awful lot of blue collar worker realised that the Labor party idea of taxing the rich actually meant them.
Along with the other politically correct talking points and big spending policies, I think they well and truly shot themselves in the foot. And it appears they haven't learned, largely blaming their voting base for being racist, sexist, etc etc.