They pledged a billion dollars in the aftermath of the fire that gutted the cathedral, but aren't paying.  Guess who is?


PARIS (AP) — The billionaire French donors who publicly proclaimed they would give hundreds of millions to rebuild Notre Dame have not yet paid a penny toward the restoration of the French national monument, according to church and business officials.

Instead, it’s mainly American and French individuals, via Notre Dame charitable foundations, that are behind the first donations paying the bills and salaries for up to 150 workers employed by the cathedral since the April 15 fire that devastated its roof and caused its masterpiece spire to collapse. This month they are handing over the first private payment for the cathedral’s reconstruction of 3.6 million euros ($4 million).

“The big donors haven’t paid. Not a cent,” said Andre Finot, senior press official at Notre Dame. “They want to know what exactly their money is being spent on and if they agree to it before they hand it over, and not just to pay employees’ salaries.”

Almost $1 billion was promised by some of France’s richest and most powerful families and companies, some of whom sought to outbid each other, in the hours and days after the inferno. It prompted criticism that the donations were as much about the vanity of the donors wishing to be immortalized in the edifice’s fabled stones than the preservation of France’s church heritage.

None of that money has been seen, according to Finot, as the donors wait to see how the reconstruction plans progress and fight it out over contracts.

The reality on the ground at Notre Dame is that work has been continuing around the clock for weeks and the cathedral has had to rely partly on the charity foundations to fund the first phase of reconstruction.

So Americans are leading the way, while French billionaires show us once again that they only thing they know how to run are their mouths.  No doubt they'll get right on it - probably after they pay off the World War I debt. 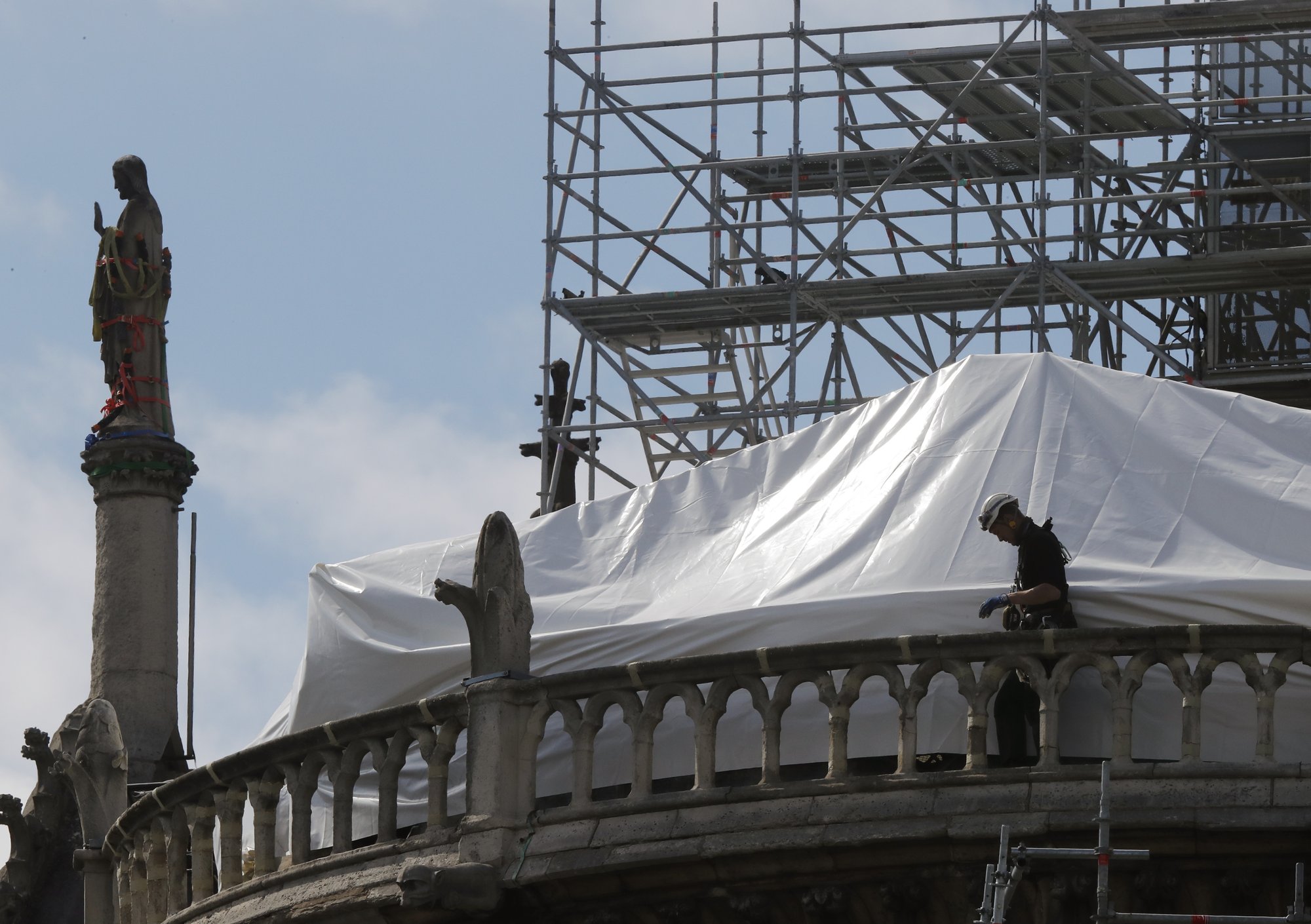 The article is damning, and I recommend that you click through and read the whole thing.  The cleanup started immediately after the fire, and has been complicate (especially the lead contamination from the melted lead sheets on the roof).  Actual rebuilding cannot begin until cleanup is complete, but the French bigwigs aren't paying a penny.


The Friends of Notre Dame de Paris was founded in 2017, and its president, Michel Picaud, estimates that 90% of the donations it has received have come from American donors.

This is right up there with De Gaulle stopping the forward movement of the front so he could play the conquering hero. I remember reading somewhere, maybe Patton, Something about when, the French are on your side you'll end up worse than when they are actively against you. (And it's not the French people, it's their leaders and politicians, the modern aristocrats, and the people living in Paris, that cause the problems.)

(Parisians tend to think like New Yorkers or Los(t) Angelesians, that they are higher and better than the peasants out there because they live in The City. Well, in defense of the peasants, most modern peasants are smart enough to live somewhere that doesn't allow people to poop on the sidewalks.)

And now that I've drifted off-target, have a great Saturday, Sir Borepatch and all you loyal Borepatchians! Maybe not the disloyal BPer in the corner, you know who you are!

The French have no morals... They pay lip service to get their names in the news, but when push comes to shove, it's always the 'little people' that pick up the bill. I also note that the Pope hasn't ponied up any money either...

Old NFO - the Pope is too busy sucking up to Mohammedans and inserting himself into politics.

So, where is the Catholic Church in all this?
It is their building, isn't it?

Hopefully, they are waiting to see what the government intends to do with the restoration. Who knows what atrocity Macron is capable of. If I had a couple of hundred million to drop on this, I would damn sure want to know what my money was being spent for.

And @KurtP, no it is not the Catholic Church's building, belongs to the French government which expropriated it in 1905. Not that I would trust the current Pope any more than I do Macron.