Nazi sub base gets repurposed as a data center

It is near the termination of submarine cables from the Middle East, and so there's low latency (combined with political stability).  And it's pretty near bomb proof:


That has made Marseille a magnet for data-center operations—where data and application providers can "put platforms in a safe environment in terms of legal and financial environments like Europe and particularly the European Union and at the same time be connected to 46 countries directly with a very low latency," Coquio explained. "Basically, in the last 15 years, we have [cut] the cost of a submarine cable to a [10th of what it was] and multiplied the capacity by 50."

As a result of this transformation of the Internet world and the corresponding rise of Marseille as a digital content center for the world, demand for co-location space has driven Interxion to undertake an interesting construction project: the conversion of a former Nazi submarine base into a seaside data center. 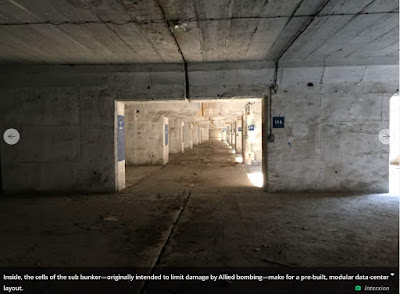 Pretty cool in a Bond-villian-evil-lair sort of way.  But it has a way to go for top spot in that category:

In an underground bunker 100 feet beneath Stockholm lies a unique facility operated by the Swedish ISP Bahnhof. It’s become known as the “James Bond Villain Data Center” after it was featured on the Pingdom web site last year. Dean Nelson of Data Center Pulse recently got a tour of the data center from Bahnhof CEO Jon Karlung, who provided a look at the many unusual features of the facility, a former military bunker designed to withstand a hydrogen bomb blast. Karlung has said he drew his inspiration for many of the center’s flourishes from James Bond villains (especially Ernst Blofeld), hence the waterfalls, greenhouse-style NOC, glass-enclosed conference room “floating” above the colocation floor, and blue-lit diesel engines (supposedly used in German submarines). 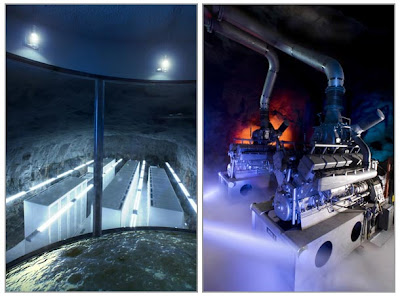 But the Marseille one has "low latency", doesn't it? 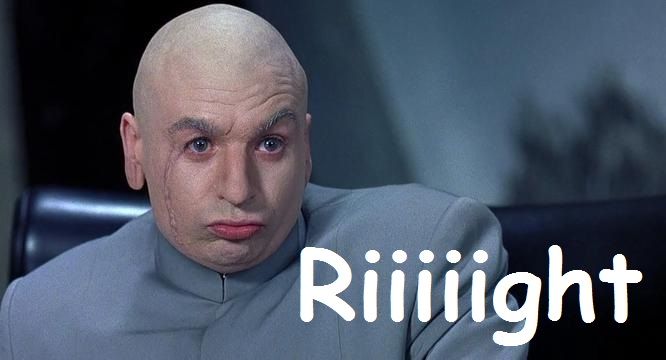 Geez, and I was saving up to buy that place....

Well sure. But are either of these inside a mountain on an island in the Arctic? No? I thought not. Here's my Bond Villain Lair entrant.

Gibraltar has also become a huge data storage site. All those Cold War and previous war carved-out storerooms, magazines and unused quarters inside the Rock have lots of uses.

Quite a bit of art is also stored there.

Tim, that's cool. But does it have sharks with frickin' lasers? I mean, Bill Gates is funding it, so a man can dream, can't he?

Beans, Gibraltar would be an excellent data center location, but kind of far from the undersea cable heads.

The four story AT&T building at Los Osos, California is mounted on springs. The entire building. Three stories below grade, one story above ground.

The best way to hide is in plain sight.