So this Navy Veteran dies with no known family ...

Hundreds show up for his funeral:


COLUMBIA [South Carolina] — He died with no family claiming him, but Petty Officer 3rd Class James Miske was surrounded by hundreds of people Friday at Fort Jackson National Cemetery where he would be buried.

Military personnel in full dress uniforms stood at attention. Another veteran saluted from his wheelchair as the silver, flag-draped casket passed by. When the guns fired the final salute, women gripped the shoulders of stoic children grasping flags.

More than 150 Patriot Guard motorcyclists, wearing vests emblazoned with insignia from Desert Storm, Iraq and other conflicts, and 100 vehicles, many with flags fluttering from their windows, participated in the miles-long funeral procession, joining the many more gathered at the cemetery.

Click the link to read the whole thing and watch the video, which is very moving.  Petty Officer Miske was "unclaimed" - he had no family to take care of his funeral.  But it turns out that he did have a family, one that saw him off with the respect due his service. 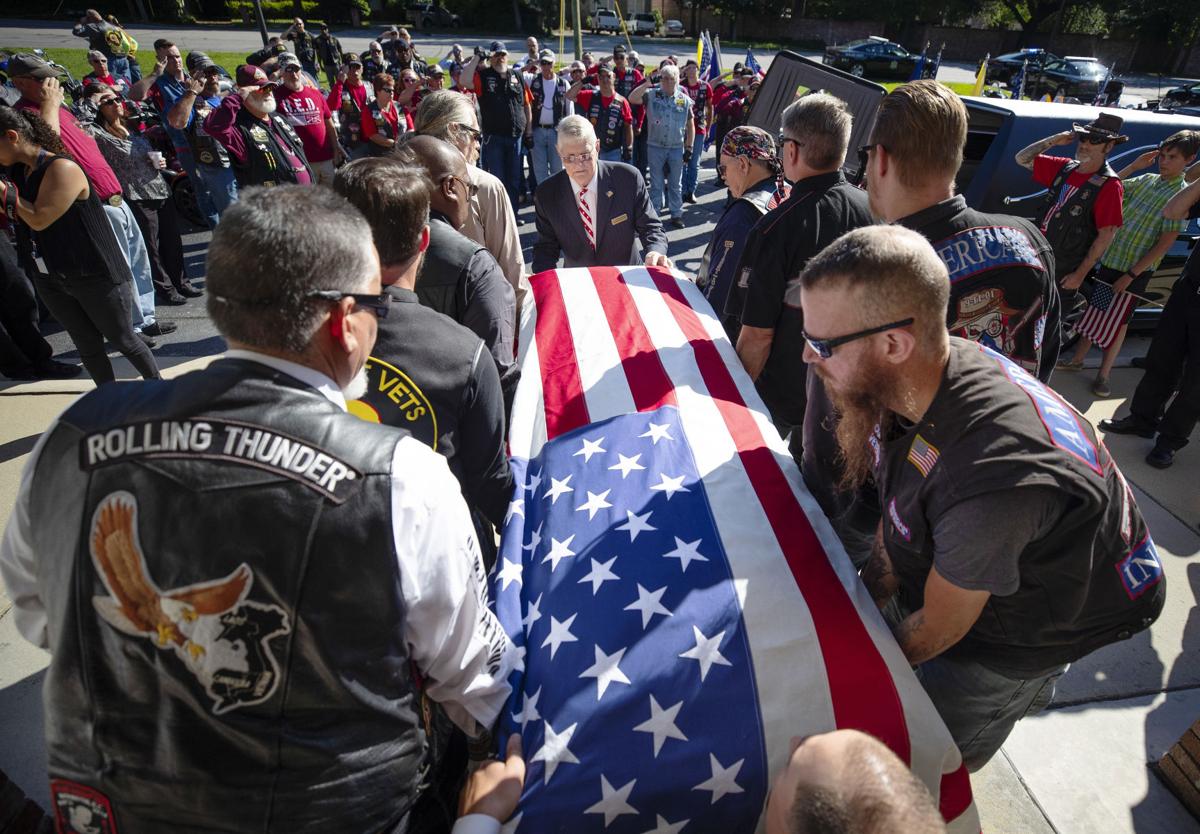 There are days that I weep for this Republic.  Today is not one of those days.  Fair winds and following seas, Petty Officer Miske.  Ave atque vale.
Posted by Borepatch

As it should be! Rest in Peace, Sir!