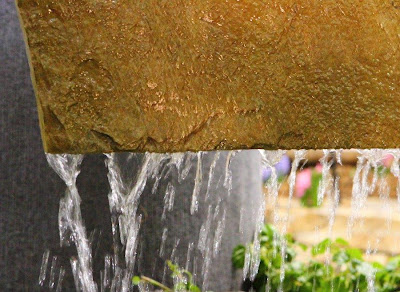 Before this fire of sense decay,
This smoke of thought blow clean away,
And leave with ancient night alone
The stedfast and enduring bone.
-A.E. Houseman The Immortal Part

I woke at about 3:30 and entered the bathroom, only to be confronted by what was either a giant gnat, or a drone.  In either event, I dispatched it with a size seven moose slipper and crawled back into bed, trying to go back to sleep.  Working split duty schedules always wears me out, knowing I might go to work at 2 am, so catching a nap after doing 10 hours earlier then NOT going to work, getting little sleep, only to go out late afternoon, working into the night.

It's not good for the waistline or any sort of regular social plans, but it's a rhythm that's as familiar to me as the sound of wheels hitting a runway.

There's a band of severe weather up north right now, creeping on down as if it's slow enough we won't notice.  I hope the phone doesn't ring tonight.  If I'm lucky, it would just be heavy rain, and I'm not outside standing somewhere looking like a 5 foot 8 lightning pole. I have a mental picture of what that might turn out like and think to a sign on a restaurant wall in St. Petersburg that said "Parachute for sale,  never opened, used once, small stain."

It looks like thunderstorms are building, but I will hope for only rain. 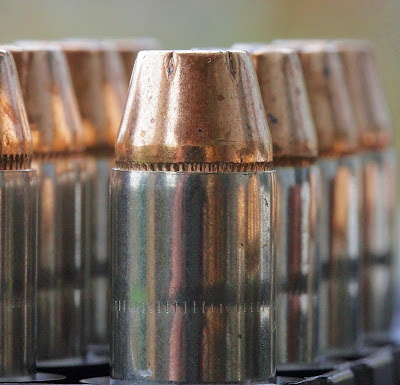 Rain, I'm familiar with, the family having left Montana but for a summer vacation rental to move out near the Washington coast.  I like the rain. The rain washes clean, but it as well leaves its mark. Gouges from rivulets in the calloused summer soil, as if scraped by hard nails. Bullet strikes in the hard earth. Marks that will not fade until further rain falls, warm spring rain that nourishes and renews.

Just as my first Spring here in the Midwest was a revelation, my first Winter was an eye opener, despite from being from a Montana family. Dense fogs of ice crystals that coated everything, thundersnow, and winds that would blow off the prairie from the West, rampaging clippers that came down from Alberta, bearing with them not a friendly greeting but rather, a sudden, sharp slap in the face.

It's a cold blowing truth that there's something within all of us that can be gathered up, strengthened. Something commanding that can change the form of a life. The weather brings components of force, some deep innate working in ourselves. Lightning cleaving the sky as a machete, the smell of cordite in the air lingering like gunpowder. Thunder echoing as a  brace of artillery booming under a gunmetal sky, the power of the sky a transcendent weapon that can form or scar, however we view it, the landscape of our world.

Sometimes one has to work outside in it, bundled up in farm wear or Arctic military wear. You do what you need to, wind lamenting, whispers of darkness, the earth, your own voice, the sound in your ear of another voice, evocative of evenings of past warmth, keeping you moving, for to stop moving out here is to freeze to death. 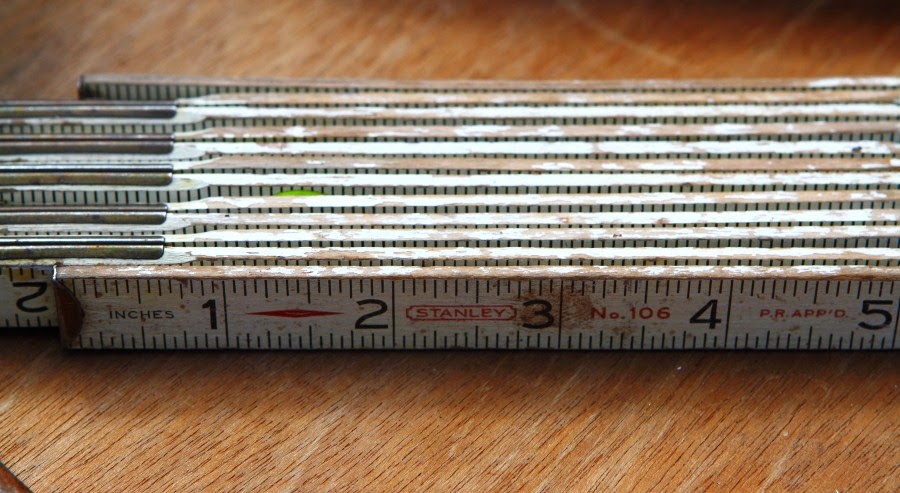 I delivered my first calf here, the calf not budging from his mothers womb, the mother not helping in any fashion, for reasons known only to her. There's no easy way to do this but to go in, and help position the calf, hoping I don't get a broken arm from contractions for my efforts. There, the head, my fingers finding the mouth, the feel of the unborn tongue, there tasting, life and breath and air in my fingers. There is nothing in the world more lonely than being there for the birth of a solitary creature or the death of one.  A little reposition, a good push from mama, the spreading of bone and he is out, protesting heartily as outside thunder flashed, illuminating sweat and blood and for this night at least, new life.

It is a wonder to me how that bone spreads, yet when I see those telltale marks upon the bones, in human remains, those marks on the dorsal side on the pubic symphysis near the margins of the articular surfaces and in the preauricular grooves or sulci of the ilia, they aren't to my eyes, notches of childbirth, they are the scars of sacrifice to save just one solitary life. 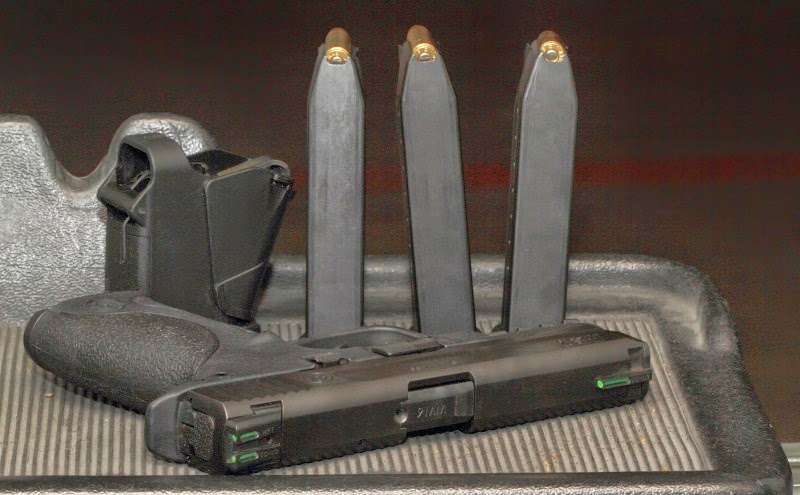 I stayed in that place, in the shadow of that barn, until the house was empty and the land grew blood, looking in the mirror one day, motionless, eyes downcast, looking as if I was waiting for that blow I'd already received.

It was time to move on, but not away.

Someone close to me asked why I was fascinated with the science of bones. I didn't answer him at the time, but I will now. I have studied bones untouched by anything but time. I have studied bones in fragments, co-mingled with hundreds of others, burned and broken and laid bare to the elements. Still, I am always fascinated by the strength of that which is unfleshed. They are what lies at the center of us, not the heart, but that part of us that is the last thing to ever be dissolved, even if cut or disassembled or burned. It is the hardest, strongest most unwavering part of us, that which supports us, the last piece of us that remains of this earth when everything else is lost. It's the surviving remnant of all that was dear to us. 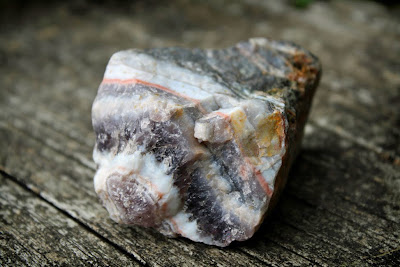 But even the strongest of bone can be broken under the fragility of human flesh, as fate resolves us of all integrity, leaving us as wrenched asunder of all that was, smells of cooling flesh and salty tears, illusions of ice and rain and fire, detached and secret, yet oh so familiar. How easy when we are so very young, to think we are invincible, that our choices are the right ones.

Certainly, some of my adventures would indicate that I too subscribed to such moments. But with adulthood, not only comes responsibility but awareness. Suddenly, for myriads of reasons, aging, fear, illness, the evil intent of man, the people around you, as reliable as the sunrise, can, without warning, leave you. In their absence, the sound of their goodbyes resonates in the emptying heart of your soul. You hear it always, but you do not respond to that fading sound, for to do so would be to admit to your own mortality. 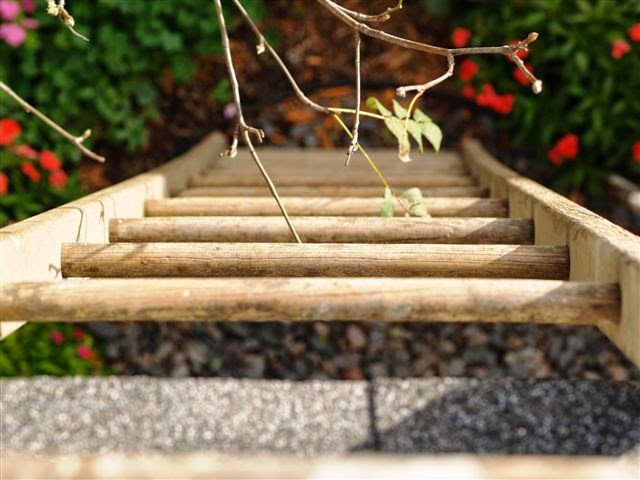 But I hear the echo. I see it in the shape and form of things broken past integrity. I see it in a stormy sky, as lightning stains the dark, cold air shaping cold earth in cold darkness. I see it walking the landscape as the earth warms anew, the sky, blind and warm upon me, touching my skin, my form a wet seed growing wild in the cold dark earth.

I think of that as my firearm pushes against bone, as the truck hits a bump, driving under a night as deep and black as the river Styx.  The pistol's on my hip as I drive miles through county after county, past fields waiting to be planted and later, fields of hay, huddled like Iroquois lodges, totems of silos standing solitary and watching.  Somewhere out here tonight will be the truth, when nature and fate poured forth its fury, spilling liquid, scotching earth. 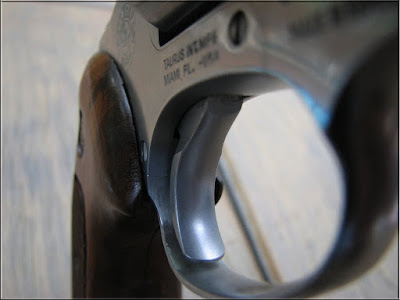 As I drive, I watch the sky for the massing of clouds, the vertebrates of a  highway passing underneath, the soft thump of tires as it passes over those small ridges of calcified earth and asphalt bone. It's a comfort to me, like this landscape, hard and practical yet capable of great strength and the flexibility to withstand what the heavens can throw at it. So strong and delicate, the bones of man and earth.

I stand in a field, placing small flags to mark what my eye has captured, the wind picking up, swirling around the dust of spent lusts and ancient lies, ghosts of sad reflection, a hundred thoughts never formed and a thousand words never uttered. Wind sweeping my head of any emotion other than the task at hand, until the very roar of it  is a warning to look up. When I do, when I truly look at the sky, I know in a moment when I can safely cast my eyes back down, or run for shelter.  It's like listening in an ancient church to a priest chanting in a tongue which I do not even need to know to comprehend. They are words that belong in the defensive perception of light and order which is our safety.

I put my tools back into the soil, leaving my own parturition scar, trying to save a life by it's closure, even if it's mine. I keep one eye on the horizon, even as I return to work.  Whatever you do, don't blink. 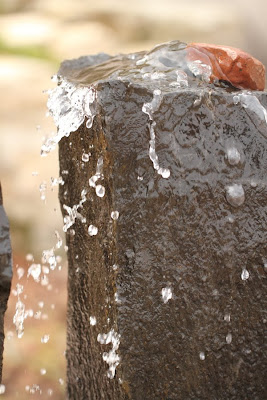 You watch, your prepare, and sometimes, like other things in life, it sneaks up on you, one moment calm and upright the next, flashes of light against the sky, wheels running hard and fast either toward or away, previously dying leaves blown into fence rows, coming back to life with movement. The sky comes hungering after the land like a hungry wolf, something struggling for life between them, pulled and tossed with need, something flaring up as old as time, as necessary as water.

You never know when the wind will come up, how it will touch you. You can arrive in this land as cold and hard and flat as the armor the land is laid with and eventually the wind will arise, a murmuring voice that calls you in the night, warm rain released like coins from above, falling like a gift, seeping in under your surface, leaving only a small telltale drops on your skin as the sky clears. You look at the table, there laying side by side, a small stamped envelope with your name on it and some change, pennies from heaven indeed.

From outside comes the crack of thunder, the rain tattooing itself onto the roof as a truck door slams.  From inside, the soft bark of a gentle dog, nipping at the wind like the rain itself.

- Brigid
Posted by Home on the Range

Welcome back. Missed you.