On Choice - A Brigid Guest Post (and yes, I'm shortly, and happily, going to work). 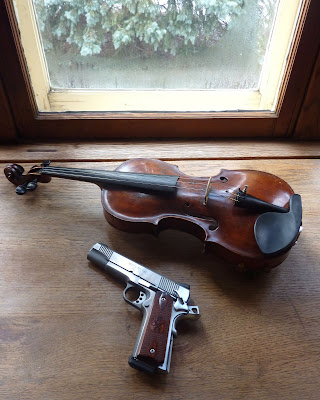 My reports, so concise and specific
Written clearly, not one hieroglyphic
Blood and gore, unusually keen
makes readers queasy and green
So few like my prose scientific.
- Brigid

An acquaintance of mine asked me to speak to her oldest son about careers as he is interested in what I was trained to do. He's in his early 20's, out of college, living in that vast cul de sac of trying to decide whether to continue his education and take a job in something he loves which doesn't pay a lot to start or go into a trade that will pay well, but holds no interest for him. I'm not sure why I was chosen for this bit of mentoring. His Mom wasn't real keen on his career aspiration, hoping he'd chose more of an 8 to 5 job to further promote the home, wife, future grandchildren agenda, as soon as possible. She probably figured I'd tell him horror stories of how hard it is to make a career in the field, the regrets I had choosing the path I did.

She could have asked others, I'm not really sure why she asked me. Granted I'm over-educated, but I'm not particularly qualified by life choices to give good advice. It's well known in a small circle that I'm a good cook; that I knew several innovative ways to sneak up on bad guys. I can field strip an AR15, fly a jet and put on tap shoes and "RiverDance" (alcohol being involved). I can't golf or sing and the only time I tried to knit a sweater, it ended up as a tube top for a Barbi as that's the size of it when I gave up. But I can play several instruments and order a glass of Ale in Russian and bad French so everyone overlooks my golf game.  But I've made my share of career and personal mistakes over the years. I've hurt others and been hurt in return by said choices. Should I really be someone who is dispensing possibly life-altering advice? 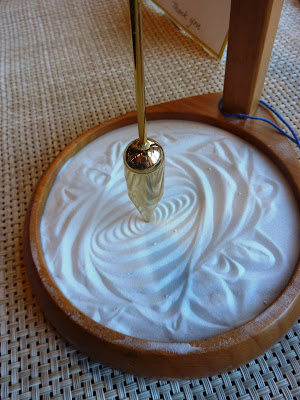 There was no visit to headquarters, no discussion of internships or education. I simply sat him down over coffee. In a little cafe frequented by those he emulates, I look into eyes darkened by his choices into a clear unfathomable green. And all I can tell him is this.

It's not Gulfstream jets that whisk you everywhere. It's not nightclubs and beaches and $1200 suits. It's greed, it's stupidity. It's death. It's politics.  Few think about the consequences of their actions, the concept of mortality being too abstruse to think too deeply on. I tell him that whatever innocence he has now will be shed quietly, the shock of its departure exacerbated by the undiluted abundance of the carnage. Things aren't solved in an hour and when you go home you won't be able to talk about it with your spouse. For reasons that often have little to do with your shyness and more that there are things we just can't talk about.

I tell him he will see acts of man that have profound, adverse effects on others, those they are sworn to protect, and how the inability sometimes to prevent or sway is a heavy burden.   I tell him he will learn how certain forms of corruption are akin to madness, derived from acute arrogance inflamed by support, removing what is left of promise, even as they manage to draw further power from it. 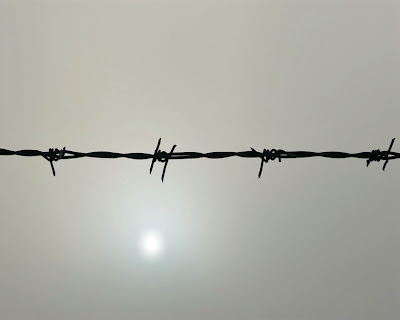 I tell him it will cause him to examine everything in his life more closely and at one point he may not like what he sees, making changes in his life, how he lives it and with who, based on what he knows is the truth he can live with. It will be nights laying awake, long after the world is asleep, going over the puzzle again and again in your head, looking out onto rain murmured sky, still believing that anything within the capacity of an ardent mind is within the reach of an ardent hope.

I tell him he will learn to noticed the smallest things, be it evidence or intent, and scrutinize them carefully. I tell him he will worry about fate less, for sometimes you are simply the bug on the windshield by being at the wrong place at the right time. Fate needs no blessing and sweats no fire, it comes in silently and leaves only bones as it departs and sometimes no mortal flesh can stop it. But as I've said before, I've also found that a good portion of our misfortunes arise, not from fate or ill health or the vagrancies of the winds, but from human rancor, fueled by innate stupidity, and those ever present justifications of the same, hell bent idealism and proselytizing mania for the sake of religious or political effigies.

I tell him he will be required to be dispassionate and get into a routine. Empathy is a great quality in a person, but so is efficacy. 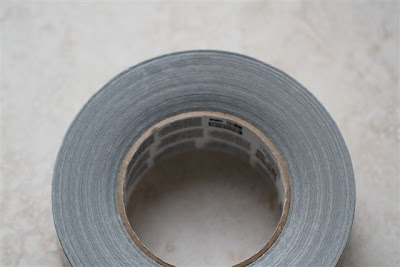 I tell him he will see things that make what's on TV look like a walk in the park. I tell him that he will not only see a lot, he will learn the hard way that there is danger and dangerous souls in the world and if he is smart he will not be one to shy away from it because maybe he can do something about it. It's not a glamorous job, but there is hope in it, there is order.

I've never had the sense of clockwork conspiracies, or some kind of imposing order of evil. There's simply a sense of things falling apart. That's my sense of how most bad things happen, that it's not usually some kind of calculated evil driven by karma, but simply control disintegrating. Most times, things fall apart and happen out of stupidity and carelessness, not any one's personal jihad. And he'll be there to either prevent it, or if he can't, to pick up the pieces. 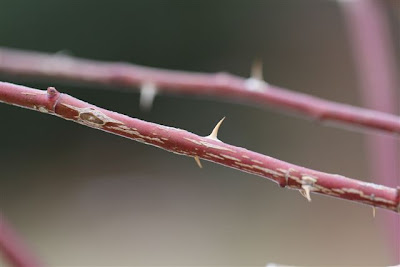 I tell him it's a life that involves long, disjointed hours, coming home with unpleasant things not just sticking to your shoe, but to your brain, images that come back when you least expect them. For there will be ghosts that flit about your room, loudly breathing lost dreams like air, when all you wish is peace.  I tell him it's a life that can be difficult on a partner. You can go weeks without seeing one another, conversations are often late night and tinged with both longing and exhaustion. Like loving an airman, it requires a kind of understanding sacrifice in a partner that is either foolish or beautiful or a little of both. If you have that, it sustains you, like breath, if not, it's as scalding as a burn.

I tell him that there will be those that hate you simply for your service; those that don't understand that if the good don't try to change things from within, then there's no hope left for any of it. But you can't discuss it, for that is part of the oath, and you just take the barbs and the stings home with you to talk to yourself in the mirror with inflexible weariness.

And finally, as the remains of coffee cool in our mugs, I tell him this. When you come face to face with a decision to pursue a dream, take it. That, despite the ups and downs, bone weary exhaustion, student loans I will be paying until I am dead, blood and tears and long hours, I would do it all over. Without hesitation. But he will not see that looking forward, but only looking back. 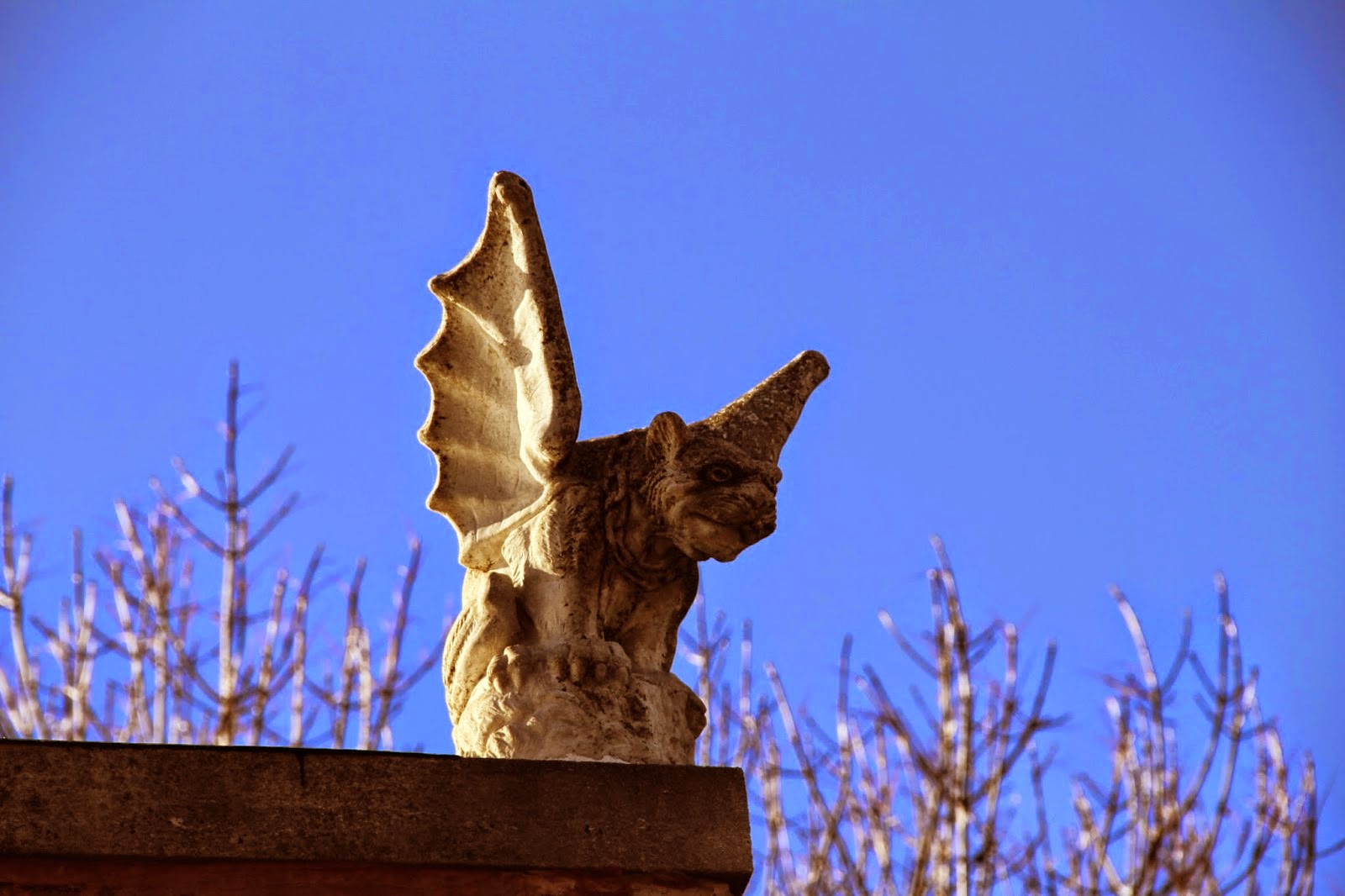 He will see it in a courtroom, when justice is served, in part, with his words, the very evidence he has gathered.  He will see it on a cold metal table, when what's left of a life can be used to save another. He will see it in the eyes of a family that bears the news he will give them in that cold abode of despair and not hate him for it but simply say "please don't let this happen to someone else"--and he will not turn from it like some wretched thing that drove him from his sleep, but rather embrace it as his calling, not just his duty.

For one day, while he is in the field, gazing at everything with that profound look that sees further than what's in front of him, he would understand. In the sightless and streaming dark, among the hushed shouts of men which seem to linger in the thick streaming air until the next shout joins and blends in, he will know, as things lost are gathered together.

In that moment, as the rain starts to fall as if it had held off all day for this moment, he will understand what I can't articulate for him. That he had to have tried, for if he did not, he would have come to this place anyway, but with regret.
- Brigid
Posted by Home on the Range

Well said, the question is will he understand the truth of what you've said? Can he wrap his head around the reality you've elucidated for him and is he willing to take those steps that will forever change him?

Brigid,
Perhaps the most poignant, yet beautiful, post of yours I've ever read. Thanks as always.

This reminds me of the part in To Kill a Mockingbird. When the lady tells Scout, her dad is a man that cleans up after the others. He is doing the ugly, dirty work that has to be done, but there isn't a medal for.

My dad was a peace officer, during the ugly 60's and 70's. He saw a lot and did a lot, but didn't talk about it. He made me SWEAR not to follow his footsteps. I kept that oath. But I was drawn to do similar things. Just in a different.... venue. I don't think it's dna related, I think there is a definite 'calling'.

I hope he lives well with his decision. V

This is the real test of a person and their character, isn't it? Are you able to do what is right, knowing that no one will ever be able to sing your praises, when you succeed, but failure, while you might still remain anonymous, will be forced out into the light for all to see, sometimes with horrific results. And being able to live with yourself for sometimes having to make decisions that have no good outcome, but nonetheless, must be made. Many young people have aspirations of going into "public service". Precious and few are the ones who go into public service, in a mostly private way, unseen, unknown, and probably worst, unable to make yourself known.