He denies the demand to step down:


Flexing its new-found political muscle in ousting its co-founder Brendan Eich for having been "anti-gay-marriage," Mozilla has upped the ante by demanding that President Obama resign for having raised funds in 2008 and 2010 for candidates known to oppose gay marriage and for having said in his own campaign in 2008 that "marriage is only between a man and a woman."

I hear that he's going to go on TV to address the Nation. 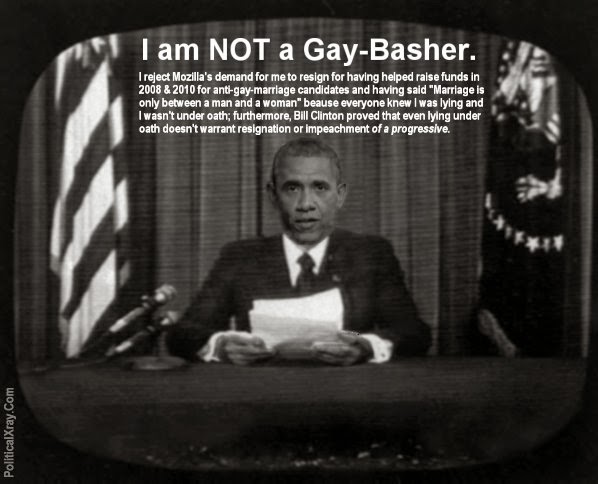 Man, this is all getting confusing ...
Posted by Borepatch

Labels: Afflicting the comfortable, mockery, not that there's anything wrong with that, TheOnesDay

Um... satire, right? Because as much as I'd love to see this happening, I don't see them turning on The One that easily...

Not going to happen!

Probably the best fantasy I could have today that does not involve megabucks or Christina Hendricks.