Mozilla - gay, but still not as gay as twilight

Different people are taking different approaches to push back against the rainbow-shirt fascists that drove Brendan Eich from Mozilla.  Eric S. Raymond vows to donate $1,000 to any anti-Gay referendum effort so that the rainbow shirts realize that this sort of thing doesn't pay.  His reasoning is that if the cost of their "victories" gets high enough, they'll stop acting so fascist:


It is irrelevant whether we approve of gay marriage or not. The point here is that bullying must have consequences that deter the bullies, or we will get more of it. We must let these thugs know that they have sown dragon’s teeth, defeating themselves. Only in this way can we head off future abuses of similar kind.


Interesting idea.  Me, I think that explicit and repeated mockery is the answer.  And so I'm starting a new category of posts here, "Afflicting the comfortable".  It is for the mockery of the oh so mockable Elitist Bastards who are ruining society.  Yeah, I have a post for that, too, but you know what I mean.

And so my reaction to the effort to get Eich fired?  Gay.  Not as gay as some things, but still ... 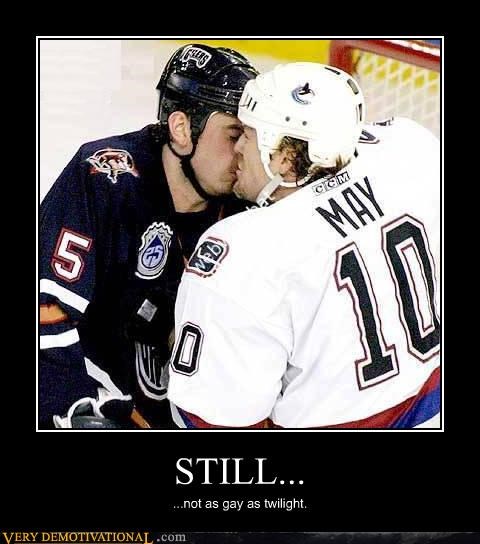 Jackboots are still jackboots, even when you look fabulous.


When fascism comes to America, it will be wrapped in a flag and carrying a cross.

He could never have imagined just how wrong he was on that.
Posted by Borepatch

Not a chance. Personally, I think George Carlin got it right when he said, "When fascism comes to America, it will not be in brown and black shirts. It will not be with jack-boots. It will be Nike sneakers and Smiley shirts … "

I've switched to Avant for my browser, which is only a small step, but if enough of us do it, maybe it will have an effect on Mozilla and the other liberal fascists.

"Eric S. Raymond vows to donate $1,000 to any anti-Gay referendum effort so that the rainbow shirts realize that this sort of thing doesn't pay."

This is stupid and wrong. It's the same kind of "collective responsibility" crap the anti-gunners and other liberals push for - punish the whole (most of whom probably don't even realize this fiasco happened) for the actions of a vocal few.

What ESR proposes is the equivalent of going after all Javascript programmers in retaliation for Eich's actions. Whether you think they should have or not, at least the "rainbow shirts" went after Eich based on his own actions.

"When fascism comes to America, it will be wrapped in cross-dress and carrying a (rainbow) flag."