Shannon Love looks at "Swarm Power" (the use of lots of local generators to feed the power grid) and finds it wanting:

It’s an explicit statement that a lot of people think the German power grid won’t be able to keep the lights on in a few years.

Thanks to intelligent controls and network connections, large quantities of electricity could be fed into the public grid, thereby offsetting fluctuating energy volumes from renewable energy sources such as wind and sun.

Translation: Alternative energy is too unreliable to actually provide baseline power, so we’re going to need millions of fossil-fuel backup generators scattered everywhere to take up the slack. We’re going to use millions of relatively inefficient petroleum-burning generators so that we don’t have to build nuclear plants.

The idea of tying all the backup generators together in a network so that the generators can kick on before the grid goes down is a good idea but its just an evolution of the current system. The system is still just a bunch of fossil-fuel backup generators.

Welcome to the alternative energy future: unreliable, intermittent power at more than twice the price of traditional generation. 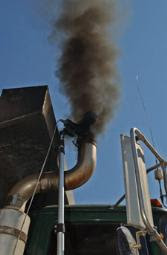 When you dress the "Progressive" agenda up in the white lab coats of the scientists, it's still agenda. Badly designed, poorly thought out, unreliable and expensive, and which generates more pollution than how things are done today. But it advances the control of the Progressives over society. It's about power all right, just not the sort that comes out of the outlet.

Can all the lefties please just shut up about the "Republican War on Science" now?
Posted by Borepatch

Or at the very least, scream just as loud about the Democrat/Progressive assault on the self-same institution.

If you want a secure energy supply, not dependent on foreign producers, expand the generation of energy reliant on ALL available local sources. This means coal, and this means oil.

And before anyone screams about Deepwater Horizon and BP, take a look at the first part of the well name. Huh. Yeah. That's "deep water" isn't it?

If drilling were allowed closer in to shore, in shallower waters, it necessarily follows that it would be a technical simpler and less error prone process. How many times have we heard "never done in 5,000 feet of water before" in relation to the current oil well blowout?

WV: comeurry - What Dems/Progs want you to do with "green" energy, health care, or any other pet project of theirs. Come, urry, do it before we lose our majority.

...and they don't want to drill in ANWR, the boneheads. Oh no, lets take our chances drilling in a mile of water in the Gulf, where getting at the leak to fix it is rather more difficult than it is was on land.

Fusion is the future if they can make it work sooner rather than later: Abundant, eventually cheap, essentially clean power. Maybe.

Jim: we already have a "future" power source.

Use reactors to pump superheated water into oil-shale formations in the Dakotas.

Hell, I'd even support nuclear batteries in SUVs ... that will make the hippies heads explode ...