This is pretty cool: a 121 year old chocolate bar sent by Queen Victoria to the Tommys fighting in South Africa:

These chocolate bars were a New Year’s present from Queen Victoria to British troops in South Africa ringing in the turn of the century. More than 100,000 half-pound tins of chocolate bearing her embossed profile and New Year’s wishes in her own handwriting were produced by Britain’s top three chocolate companies, Fry, Cadbury and Rowntree. It was an awkward commission because all three companies were founded and run by devout Quakers who specifically sought out an “innocent trade” that would allow them to make a good living without having to compromise their pacifist principles. Victoria wouldn’t let them decline to profit from selling chocolates for troops fighting in an active war zone, so all three companies were strong-armed into it. 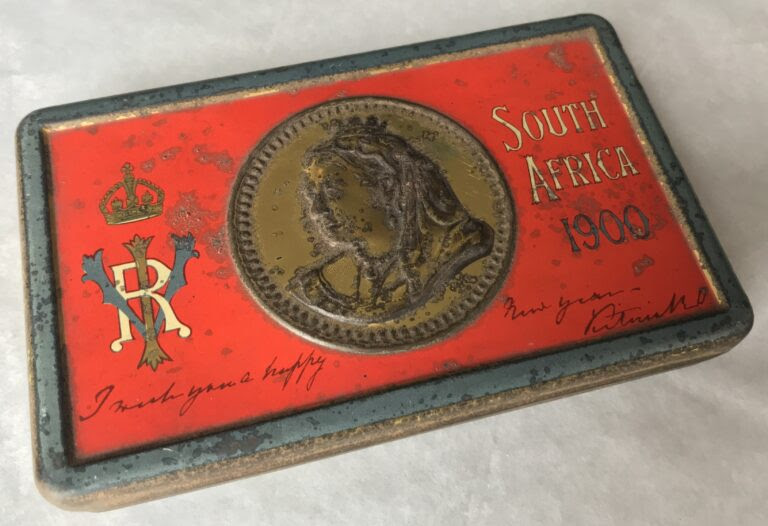 That is an 'interesting' find...

Wonder what ANYTHING in an MRE would look like in 121 years...

That is beyond cool.