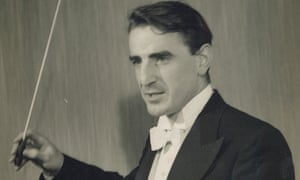 Will wonders never cease?  Today's delightful New Years' composition comes from a modern classical composer whose music doesn't stink to high heaven.  I think that's a first here for the Sunday Classical posts.  Ernest Tomlinson was an English composer active from around 1950.  He was an anachronism in that he wrote music with melody, in great contrast to the a-tonal, a-rythmical dreck that is the wasteland of modern classical music.

He may have singlehandedly saved much of this sort of music in 1984.  The BBC decided to eliminate their archive of light classical music - it was ever so unfashionable, old chap - and he got the entire archive.  50,000 works are now in the Library Of Light Orchestral Music.  Tomlinson was awarded the Member of the British Empire (MBE) in recognition of his service to music.

This piece is simply a delight.  Everyone will recognize the primary theme - Auld Lang Syne, the traditional New Years' Eve song.  But Tomlinson weaves in brief snippets of 152 other pieces.  It was a completely unexpected pleasure to discover this, and a fitting high note to say goodbye to 2019.

Ernest Tomlinson passed on in 2015.  His obituary is worth a read:

After falling out of favour in the middle of the last century, light music, once a major part of British cultural life, has enjoyed a modest renaissance in recent years. Nobody did more to encourage this revival of interest than Ernest Tomlinson, who has died aged 90. He was a prolific composer, praised by the singer and broadcaster Catherine Bott for his “exceptional technical skills allied to a rare gift for melody”. Equally, he fought to preserve the light music heritage by founding the Library of Light Orchestral Music and acting as consultant and performer for an important series of CD recordings.

He was an anachronism inn modern classical music, living an admirably traditional life.  Married 57 years, this part of his obituary stood out:

He is survived by his children, Ann, Geoffrey, Hilary and Linda, eight grandchildren and seven great-grandchildren. Jean died in 2006.

Rest in peace, and thanks for the great music.

Wonderful arrangement, I can pick out a bunch of those snippets, all nicely done.
Happy New Year!