There's no Terminex for Trolls 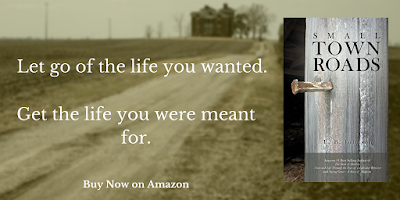 I thought in coming over here to post they'd go away.

Apparently not. They've followed me over here.

Today, my third and latest book, a winner of a major literary award and a best seller here and in the UK got an Amazon one-star review by someone that obviously didn't read it as they talked about using "too much data", to the point they couldn't read it. (to which a retired school teacher called them on that in the comments which was funny).  It's a lyrical, poetic female coming of age story. Data?

The only other review they posted, within 60 seconds of posting MY one-star review and the only books they have ever reviewed was a book written by a good friend, also a gun blogger and conservative Christian. They also gave that book one star saying said that it was written so that they couldn't  be interested in it without providing any real details as to why.

So Virginia - Can we say troll?

But in the four weeks prior to it being possibly selected for another literary award, this seriously dumped its ratings numbers.

I'm open to honest and constructive critique and what I go  with my first two books was valuable in growing as a writer. But this was just a personal attack by someone who uses a fake name and who has never, ever reviewed a book and hit my friend and I a minute apart on Amazon.  I think I'm going to go hide in my cave for a while. For those of you who have read and liked it enough to review, thank you.
Posted by Home on the Range

This stinks. Can nothing be done?

I would like to think that, had they read your books, their opinion would be different. However, that assumes that they can read. I am sorry for your troubles.

It's not so much that they followed you here as it is that they are following you on Amazon.

"I have spent a good many years since―too many, I think―being ashamed about what I write. I think I was forty before I realized that almost every writer of fiction or poetry who has ever published a line has been accused by someone of wasting his or her God-given talent. If you write (or paint or dance or sculpt or sing, I suppose), someone will try to make you feel lousy about it, that's all."

Trolls are going to troll. It's probably some 12 year old in his mom's basement who thinks he's being funny.

In a way, they're doing you a favor. One of the oddities of Amazon is "never trust anything with only five star reviews" because they're likely fake - pimping the product.

No matter what the product is, no matter how good it is, there's someone who posts a one star review.

It's jealously, pure & simple. Those who can't, criticize: it's what they do.

Thanks for the perspective.

Yup, get a thick skin Brig. It's part of the game. Be thankful ya didn't actually write a stinker because a lot of authors do at some point.

I think in that game ya write for yourself first and the audience second - and they can take care of themselves for the most part.

Which reminds me - I am going to write a scathing review of the WL Emery's 'Murder One' to get under the old Bastid's skin! You guys might want to give it a read though - it's a fun gumshoe/who dunnit.

Pour yourself an ice cold martini, straight up, and colder than a Feminazi's heart. I recommend Bombay Sapphire gin, but suit yourself. Now think about this for a moment.

You've got a nice home and family, a PhD, and three books on Amazon all of which are making you money. You know, scratch. Dinero. Dead presidents. You live well.

The book you listed here, Small Town Roads, got more five star reviews than Glen Filthie can count without taking off his shoes. That you wrote it and published it is saying something; that your book got all those great reviews is an achievement that most of us will never have.

As for your one star critic, big deal. Sha-He hasn't got the internal fortitude to put a name to his criticism. You, on the other hand, put your work out there for everyone to see (and enjoy) and affixed your name to it.

Do us all a favor. Stop making mountains out of mole hills. Go to work on your next novel. If you really feel threatened, and you shouldn't, go get a copy of SJWs Always Lie: Taking Down the Thought Police by Vox Day. It's an easy read and will tell you all about landing a (verbal) hay maker to snot locker.

Keep posting here, Brigid. WE don't troll you - we LOVE your articles.

As far as the Amazon one-star reviews goes, I read them... but mostly ignore them. It turns out that many of Amazon's one-star reviewers either (a) have never used the product, listened the the album, or have read the book; (b) making complaints based in ignorance, misuse, not "reading the instructions", or applying unusually harsh bias; or (c) enjoy making others feel awful in order to make themselves feel superior.

Rev. Paul hit the nail on the head. You weave artistry with your words. They probably can't even type a grammatically correct thank you note... with MS Word's spell checker turned on... and using MS Word's grammar checker.

In short, several folks here made the same suggestion, and I heartfully agree: ignore the trolls.

Thanks again all of you. And Mad Jack - excellent choice on the gin - our favorite. The books are making lots of money but I have not kept one cent of it - 100% has gone to animals rescues, many the small ma and pop types that struggle, search dog foundation and many unemployed, retired, or disabled bloggers that needed several hundred dollars for an emergency vet bill. Happy to help as I do know I am blessed.