WASHINGTON, DC – On a stage in a ballroom in the Walter Washington Convention Center on September 10, the heads of the United States' intelligence community gathered to talk about the work their agencies perform and the challenges they face—or at least as much as they could in an unclassified environment. But the directors of the Federal Bureau of Investigations, the Central Intelligence Agency, and the National Security Agency also had one particular mission in mind as they took the stage at the Intelligence & National Security Summit, an industry event largely attended by government officials and contractors: stopping the poisoning of the public debate around their missions, and especially around the issue of encryption, by unreasonable haters.

CIA Director John Brennan suggested that negative public opinion and "misunderstanding" about the US intelligence community is in part "because of people who are trying to undermine" the mission of the NSA, CIA, FBI and other agencies. These people "may be fueled by our adversaries," he said.

FBI Director James Comey referred to the backlash against his lobbying for backdoors into encrypted communications provided by the technology industry as "venom and deep cynicism" that are making a rational discussion about what could and should be done nearly impossible.

Let me explain it for you scooter: after repeatedly lying to the American public you want the to put their trust in you so it makes your job easier?  That takes a special kind of stupid.  You want trust?  Free Edward Snowden and jail General Clapper for perjury.  No?  Thought not. 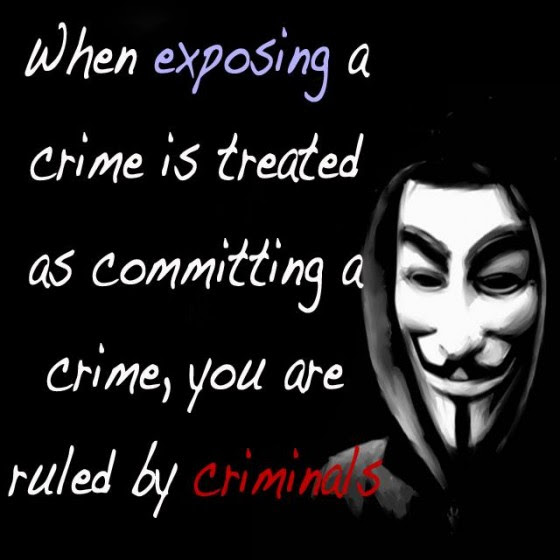 Yo, Intel big cheeses!  Since it's Saturday and I need a country music song, here's one for you.

Articles like this make me wonder what country those fuckers live in. And who they really work for... but that could turn tin foil pretty fast.

Note that Comey, in essence, says that to criticize them is between being disloyal and committing treason.

Think I'm going to go tee off on that point.

James, it is not only believable, it it pretty common. How many times have you noticed someone who is so focused on the mission that he misses obvious peripheral events/data? It's even common it action movies: the guy stalking his victim doesn't see the victim's accomplice waiting in ambush. In a phrase, it's tunnel vision.

Part of it is that they have narrowed their mission to encompass only the access to and gathering of every piece of information that is communicated to or from anyone, anywhere. The "why" of this (as in, what advantage does this confer) has become secondary and rather ambiguous. Having all that information will not help prevent "terrorist attacks" unless it can be analysed in real time. Which it can't. I am not even going to speculate what the real mission might be, only take them at their (quite unreliable) word for the purpose of discussing why they are so clueless.

The other factor is that they are divorced from the common reality. Like most high officials, they are surrounded by yes-men. This is also normal, because no powerful person wants to hear "negativity". But I remember the advice (number 12) in the Evil Overlord List (http://www.worldconquer.org/evil_overlord.html#Anchor-Things-35882) about having a 5-year-old check your plans for obvious flaws so that they can be corrected prior to implementation. These guys don't have that. Those of us not in the cocoon hear the justifiable anger of people who don't want to be snooped on all day from every angle. The intelligence chiefs don't. And probably wouldn't understand why, anyway.