Alan Jackson - The Older I Get 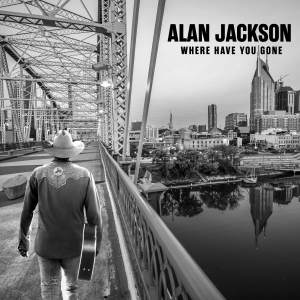 Long time reader and friend in real life libertyman emails to point out that Alan Jackson has a new album.

Released last month, it's Jackson's first album in 7 years.  It also marks a milestone: Jackson has released albums in five successive decades ('80s - '20s).  I don't know if that's a record, but I don't know that it isn't.

Jackson needs no introduction unless you don't follow country music, but he's sold 75 million albums, received 2 Grammys and more CMA and ACM awards than you can shake a stick at.  He's been a perennial favorite of people who like the traditional country sound - both The Queen Of The World and I have listened to him for (mumble) decades.  Since I'm still in my prime, I plan to follow his music for more decades.

Quite frankly, it's nice to see this album.  I confess that I'm not a fan of the new Nashville Country Pop that fills the airwaves these days.  Jackson's new album is country music comfort food.

libertyman, thanks for pointing this song out.

Thanks; I had no idea he had a new album out... and that's a lovely song.

I'm glad to hear he has a new album out. Alan Jackson and Mark CHesnutt are two you can count on to sound pretty much like country should sound.