Security and the Internet of (Automotive) Things

Ross Anderson is a security bigwig, and has a very good post up about the shift in thinking that must occur as Internet connectivity goes into things like cars:

Up till now, we’ve known how to make two kinds of fairly secure system. There’s the software in your phone or laptop which is complex and exposed to online attack, so has to be patched regularly as vulnerabilities are discovered. It’s typically abandoned after a few years as patching too many versions of software costs too much. The other kind is the software in safety-critical machinery which has tended to be stable, simple and thoroughly tested, and not exposed to the big bad Internet. As these two worlds collide, there will be some rather large waves.
Regulators who only thought in terms of safety will have to start thinking of security too. Safety engineers will have to learn adversarial thinking. Security engineers will have to think much more about ease of safe use. Educators will have to start teaching these subjects together. (I just expanded my introductory course on software engineering into one on software and security engineering.) And the policy debate will change too; people might vote for the FBI to have a golden master key to unlock your iPhone and read your private messages, but they might be less likely to vote them a master key to take over your car or your pacemaker.
Researchers and software developers will have to think seriously about how we can keep on patching the software in durable goods such as vehicles for thirty or forty years. It’s not acceptable to recycle cars after seven years ...

One thing that seems needed here is how after-market additions can be added securely.  There are still a bunch of 40 year old cars on the road, like this sweetie: 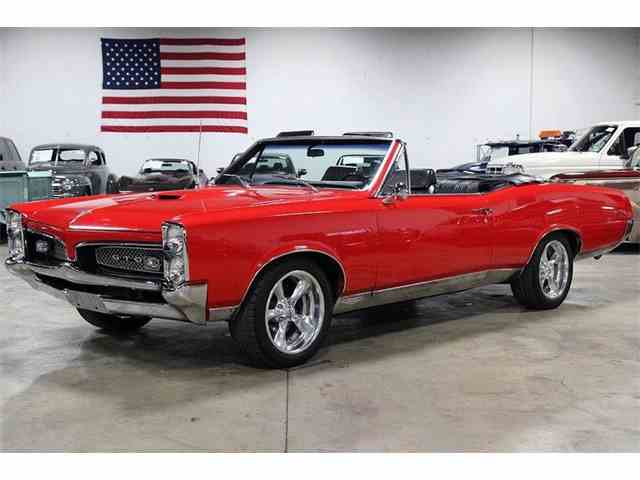 Listed for sale at a little over $40 grand.  At that price, you really don't care about the cost of gas.  But Pontiac isn't supporting this ride with upgrades - indeed, Pontiac doesn't even exist anymore.  You can get parts from after-market suppliers, but these are hardware.  So who will write update code for your 40 year old 2017 sports car?  How do you get that installed securely?  What does this mean when it's a self driving classic car?

Right now, you have to hack the damn thing, and if you can, someone else can, too.

Great article about IoT security and the implication for durable goods.
Posted by Borepatch

" What does this mean when it's a self driving classic car?"

I very much doubt there can be such an item as this. It does not compute.

Everyone likes the looks of those old cars, but they don't have all the modern technology we *like*, like seat belts, airbags, better fuel economy, etc.