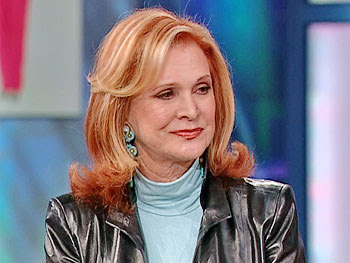 Meet Barbie. Barbie (the doll) just turned fifty, so everyone's writing about her. Toy Whimsy has a very interesting post on Barbie facts, which include:
I had two brothers (no sisters), so it was G.I. Joe growing up. I have two sons (no daughters), so it's been G.I. Joe for them growing up. But it seems that 90% of young american girls (age 3-10) have at least one Barbie. Wow.

If you had Barbies, or if you have daughters who have Barbies, you should RTWT, which includes the doesn't-get-enough-exercise-and-eats-too-much Barbie. Heh.

But the person in the picture isn't Barbie (the doll). She's Barbara Handler Segal, daughter of Ruth and Elliot Handler, who founded Mattel. She's the one that Barbie (the doll) is named after. Her childhood interest in making - and dressing up - paper dolls is what led to the spark of inspiration for Barbie (the doll).

So happy birthday, Barbie (the doll). I actually think that Barbie will be happier with G.I. Joe than with Ken, though. 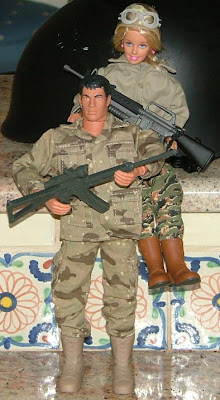 Good thing us guys don't look so crappy at 50.

What's that you say?