This is a pretty cool bit of archaeology detective work:

Both craggy rock outcrops are the petrified remains of a long-past volcanic eruption. The lava cracked as it cooled and hardened, like mud in a dry lakebed, and those cracks reached well down into the deposit, so the cooled lava ended up in a cluster of vertical pillars. (The Giant's Causeway in Ireland is another well-known example of that process.)
That geological coincidence made the work of quarrying much easier than in Egypt. There, at around the same time, workers were chiseling blocks out of solid bedrock. In Wales, the quarry workers just had to wedge a column apart from its neighbors at the joints (it's difficult not to imagine peeling a really big piece of string cheese, honestly).
Pearson and his colleagues found some evidence of how they did it, thanks in part to the almost-universal human tendency to drop things and forget to pick them up again. The ancient quarry-workers left behind mudstone wedges and stone hammers, which they would have driven into the cracks between the pillars to carefully pry them apart. The wedges were precision tools for delicate work; mudstone is considerably softer than the rhyolite and dolerite columns, and Pearson says that made a difference.
"An engineering colleague has suggested that hammering in a hard wedge could have created stress fractures, causing the thin pillars to crack," he said in a statement to the press. "Using a soft wedge means that, if anything were to break, it would be the wedge and not the pillar." 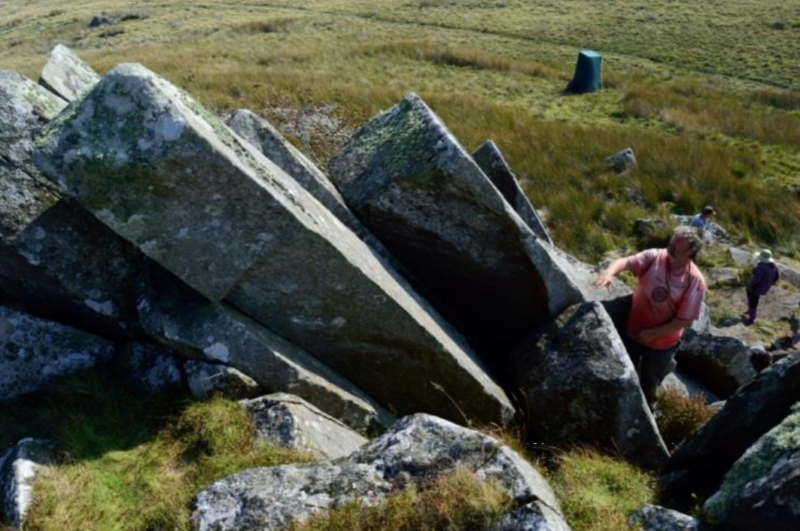 Good for those early people to use readily available materials for their ceremonial purposes. The level of tech required to move, carve, lift, and maintain those henges is amazing. Sure, it's not up to modern tech using power equipment... wait, we have trouble doing it with power equipment...

I find it funny when modern man discounts the powers of 'primitive' peoples, who created stuff that lasts to this day.

Sometimes we need to channel our 'inner primitive' instead of relying on new-modern stuff.

Thanks for that. Then they had to get the stones out of Wales.

I've done that several times in a car and I tell you, it wasn't easy.