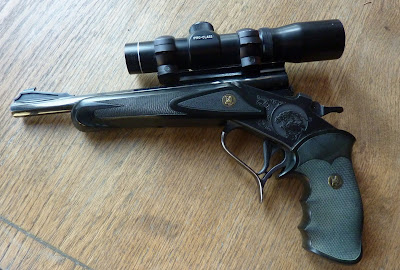 There was a best selling book a long while back called "Men are from Mars, Women are from Venus", attempting to sum up the differences between the sexes.

I flipped through it at the book store but didn't buy it, as I work and play with mostly guys and would probably have done better with a book on copper plumbing and why it hates me.

Certainly there are differences, but communication, not books, is the key.   For example, consider this actual conversation not all that long back at the Range.

Venusian:  (fresh out of the shower and eying perfume and body sprays). "What would you like me to smell like? You have a choice of Vanilla, Strawberries and Champagne, White Musk, or Loves Potion No. 1."

See what I mean? 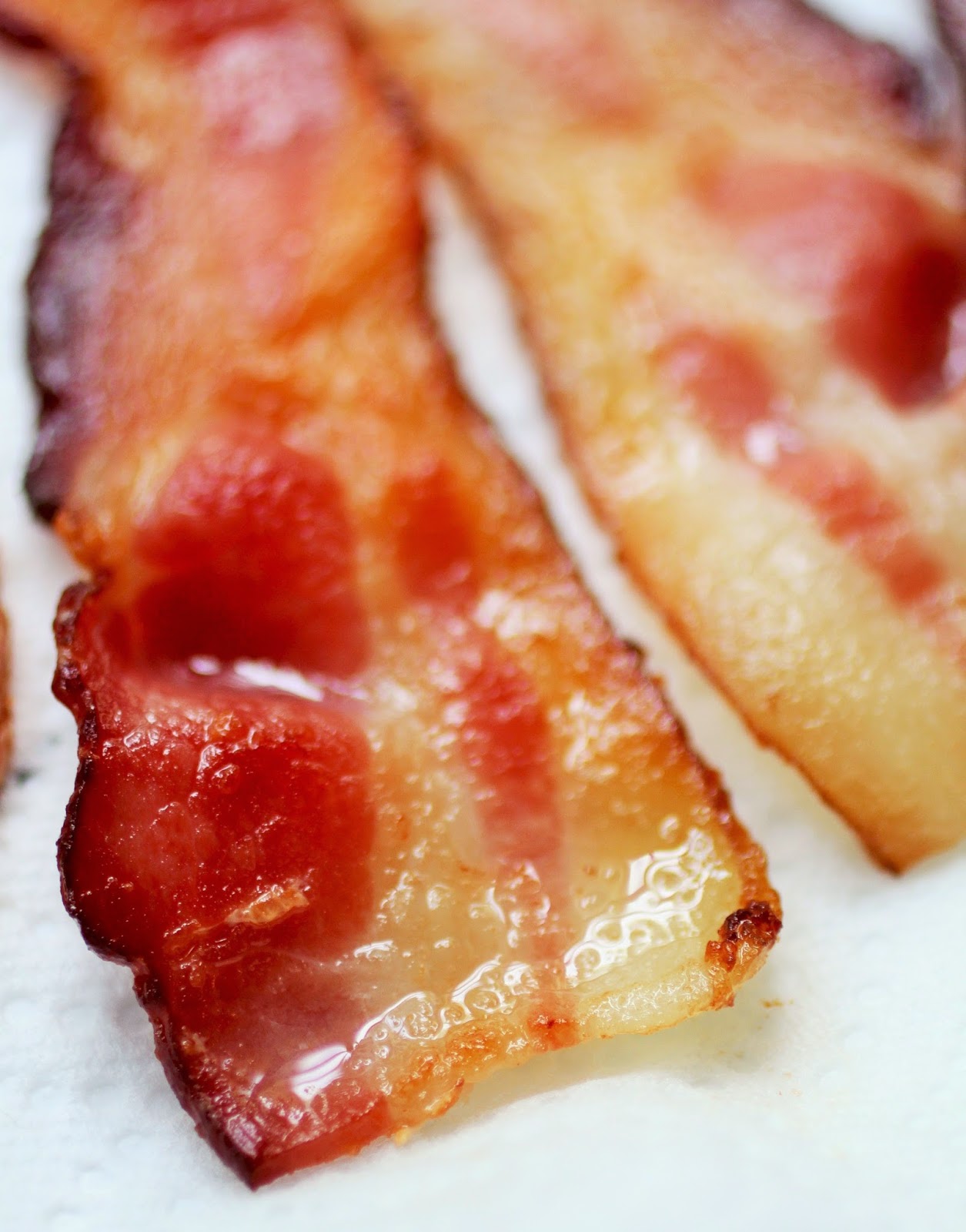 Then there's the way we deal with stress.  Today's example.

Which would be the Venusian versus Martian choice?
A. 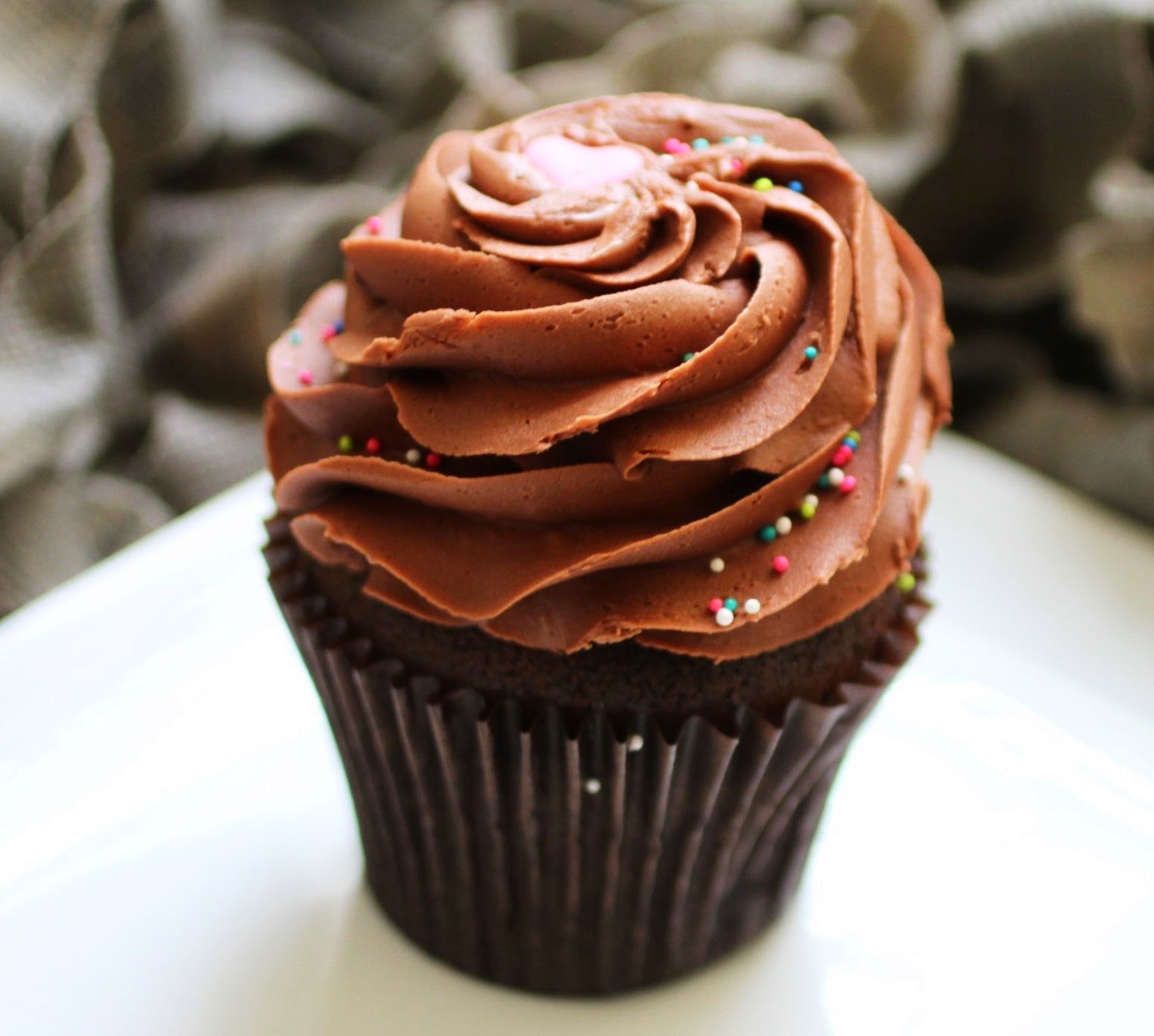 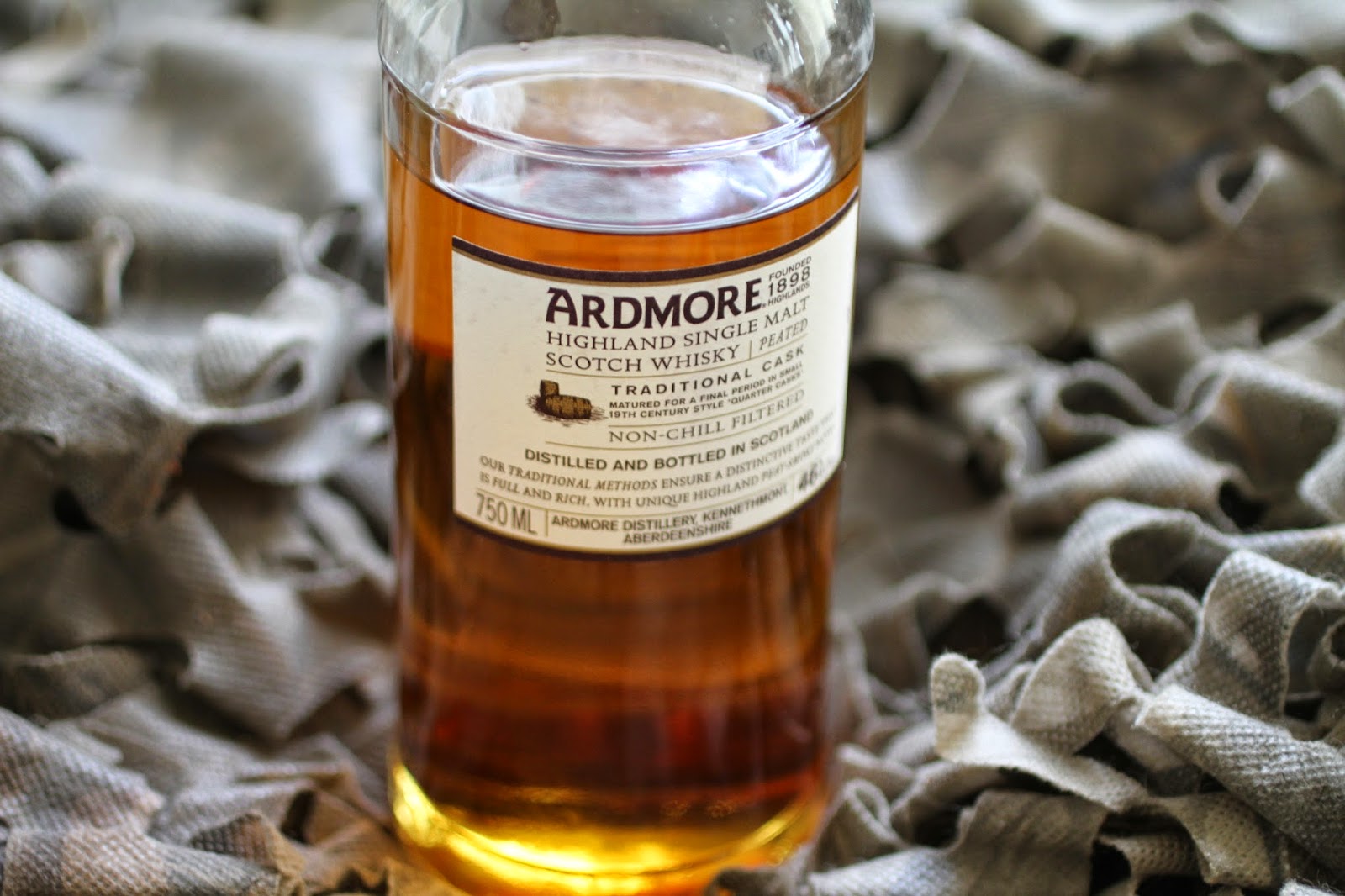 If you answered, "both" you might be dealing with a redhead from either planet that's had about enough stress for one year, (one armed with a Wilton extra large decorating tip and tactical sprinkles). 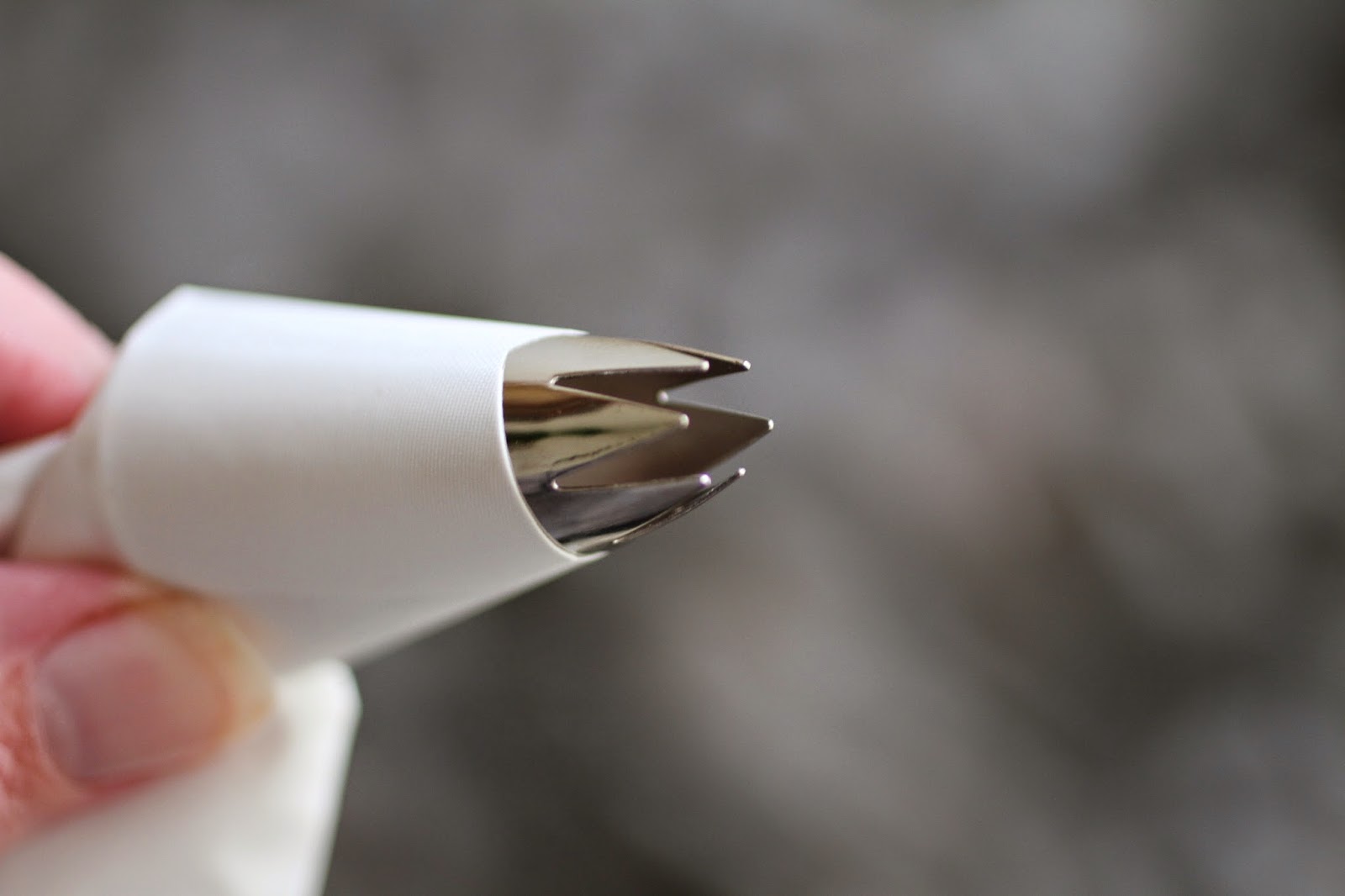 So gentlemen, let's say you wish to go out and purchase a new firearm, something nifty, but perhaps not as supremely practical as your better half might think. Not necessarily something you need as you already have a concealed piece or sporting pieces.  It's just something you want.

I know much of what I'm saying here is a generalization and "one size does NOT fit all", but the women I know who have firearms for protection or sport shooting are married to men who also enjoy safe and responsible firearm ownership.

In that case say "Honey I think I want to go out and buy another gun", and he's got the car out of the garage and warmed up faster than that time you said, "honey, I think my water just broke".

Yes it seems like a stereotype but it's based on statistics.  There are still a lot of law-abiding  men who enjoy firearms and firearm activities who are married to those that do not embrace it  They may not object to it in theory but may still consider it an extra expense, one that perhaps the household doesn't need right now (though more and more women are learning practical defense and taking a try at some of the shooting sports).

In such a situation, how do such folks know that their planned purchase will be met with a warm reception or at least avoid a serious conflict ("dodging a bullet") in the household.

It's all in the subtle verbal and non-verbal communication: You can learn a lot just by watching a person's behavior. I'm not talking profiling because we're not allowed to do that. I'm referring to those subtle signs that offer big clues as to someone's recent actions or intent. 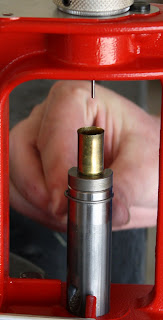 For example  -Their right hand has no visible cuts, bruises or scars (they areleft-handedd).

They have no eyebrows (they recently purchased a barbecue and an aceteylene torch).

They don't listen to anyone (they are in politics).

They twitch a lot (they are either nervous or watched too much Jersey Shore).

They are wearing an I Heart Osama Bin Laden T shirt and are waiting for public transportation carrying a large ticking suitcase (they are a tourist, we don't profile now, do we).

I'll give you another example of reading non verbal communication:

Gentlemen:  you come home quite late, smelling like beer. You didn't call. Your better half greets you at the door:

(1) She's wearing yesterdays sweat pants. Her hair is in a bun, her brow looks like the San Andreas Fault. Her look would freeze small mammals in their tracks. There is a bear trap on the bed.
--or--

(2) She's dusting the living room wearing sheer lingerie while humming Etta James' "At Last". There are two cold beers on the table. The bed is unmade. She looks at you and winks.

In which example would the man have a more pleasant outcome? 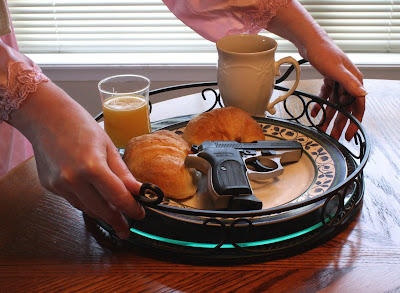 See, it's not that hard. Ladies, this applies to us as well. Women aren't the only ones who offer up non verbal communication clues.

Martian (coming in from the shop): "Do we have any beer?" (what he's actually saying: "*(#*@ single stage press, I should have bought the five stage one.")

Venusian: "Just some Schlitz Light, it's only 2 points on Weight Watchers"

Martian: "No IPA?" (What he's actually saying: "with all the money we're saving on cheap *&@ diet beer I should have just bought the damn Dillon")

Sound of feet heading down stairs

Venusian: "Honey, you forgot your beer." 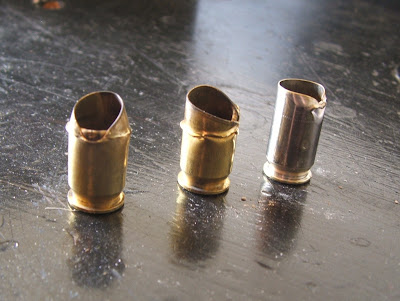 That being said, study both verbal and non verbal clues when presenting something that might be met with less than a stellar response. For some, that might be a new gun purchase to add to your already nice collection. When contemplating such a move, in addition to being prepared to offering up the advantages of said purchase (safety features, ease of maintenance, inexpensive back-up)  and addressing mutual  concerns (storage in a house with children, availability of ammo), you need to remember the usual tactics that apply to about any activity in the Mars/Venus household.  As Red Green would say:

(1) Come home in the same clothes you left in.

(2) Don't argue unarmed with any creature with bigger teeth than you have.

(3) If they don't ask for your opinion assume they are right.

(4) Anything you say will be held against you. 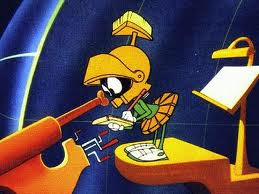 So, keeping those points in mind, you've done your homework and looked far and wide for just what you want. Then one fine Saturday, you bring home your little beauty and show the better half .

(1) Somewhere a door slams. The only thing that's going to kick on tonight is the furnace.

(2) She looks at it and utters a very long sigh.

(3) She doesn't say a word about the firearm but reminds you of that argument you had back in 1996 when you know she was right.

(4) She looks at it carefully, asks what it cost and what it's best used for.

Again, subtle clues of verbal and non verbal communication. I hope this helps, but remember, if all else fails (and you don't want to make a dozen duct tape roses for Valentine's Day like Partner in Grime did..) 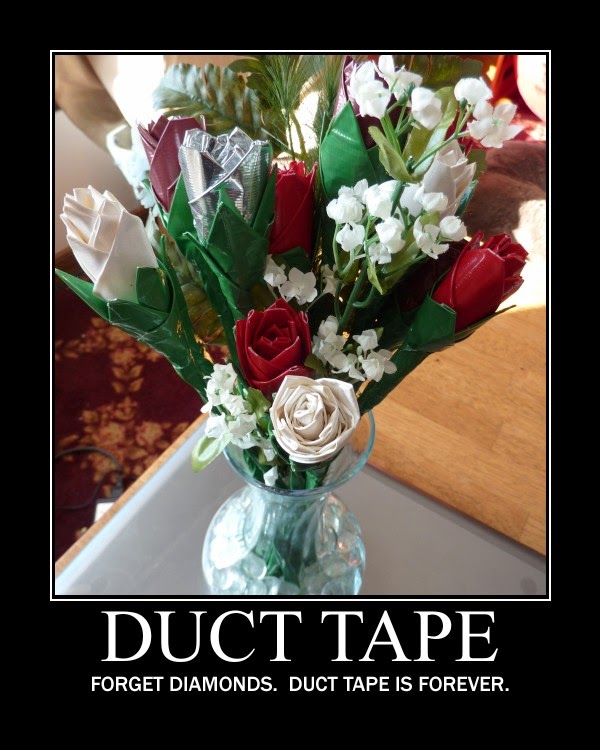 (1) Tell them they are the love of your life, especially smelling like bacon.

(2) Bring them home something too. I'd suggest a 1911, but whatever strikes their fancy.

-Brigid
Posted by Home on the Range

Sacrificing IPA for a Dillon is a bit like Sophie's Choice. ;-)

IPA or a Dillon? I drank Rolling Rock in college for six years, I can do it again.

Now I want another pistol. And bacon, even though it's a Friday in Lent.