The world is not going to hell

In some ways, it's getting a lot better.  Malaria deaths are down almost 50% in 15 years: 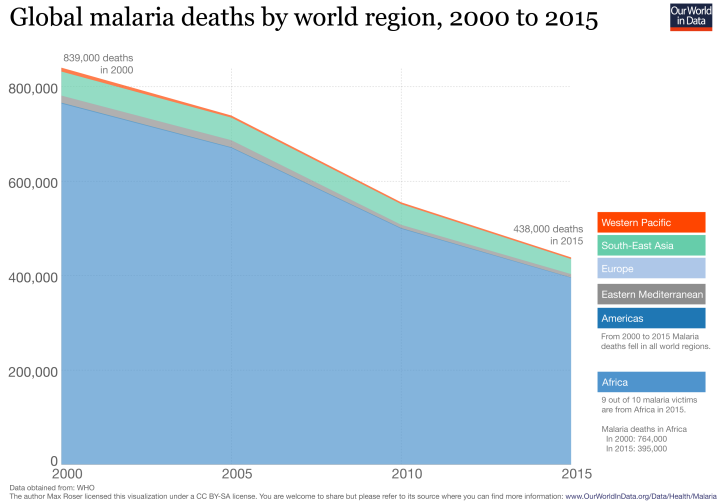 Of course, you won't see this in the news because it doesn't reinforce any of the following:

So okay, then.  Sure would be nice to have a news media that you can trust for actual, you know, reporting what's going on in the world that's important.
Posted by Borepatch

Malaria deaths down: Female mosquitoes and the shade of Rachel Carson hardest hit.