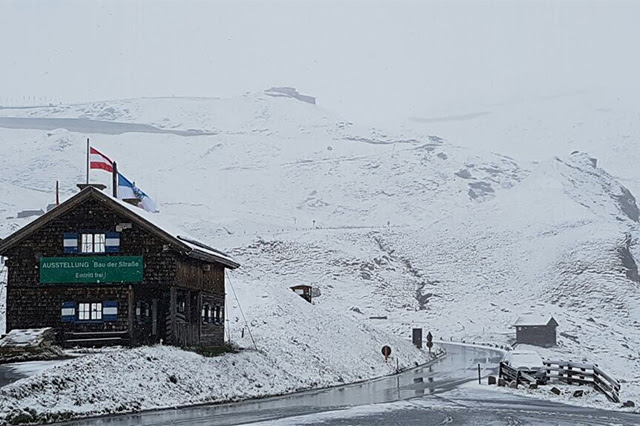 This is shaping up as the first summer since 1989 where there is year-round snow on the Zugspitze (Germany's highest mountain). Sure, this is weather, not climate - but late or missing snows in winter would cause a breathless round of ZOMG Thermageddon!!!one! headlines, so turnaround is air play.

Even more so as this is (once again, yawn) being billed as the "hottest year ever".  No wonder the public no longer listens to "Climate Scientists" - I mean, who you going to believe?  The scientists or your lying eyes?

I'm in Switzerland, and I can confirm that all of Southern Germany, Northern France, Switzerland and Austria had unseasonable cold from March through June. It got cold enough we had to turn our heating back on in mid-June - I've never done that before.

That's a big region of Europe, four months long - and yet, if you look at the climate sites, they will tell you that all of Europe had record-breaking heat in every single month this year.

The lies are getting a bit desperate...

Here in North Texas, where all of August is usually in the 100* F range, we are still in a week long of relatively please 85-92* temperatures. Again, localized weather not climate, but still valid real observations. Sure, HOTTEST. YEAR. EVAH. Not...