Desjardin learned that the 20th Maine veteran’s ashes were in Oregon when he was researching what had happened to each soldier who fought in the regiment. He proposed the state bring Williams home.
“I discovered that his remains were in a can on a shelf in a shed out in Oregon and had been there for 94 years, unclaimed,” the historian said. “Back home is better than a shelf on a shed in Oregon.”

This is the Patriot Guard Riders: 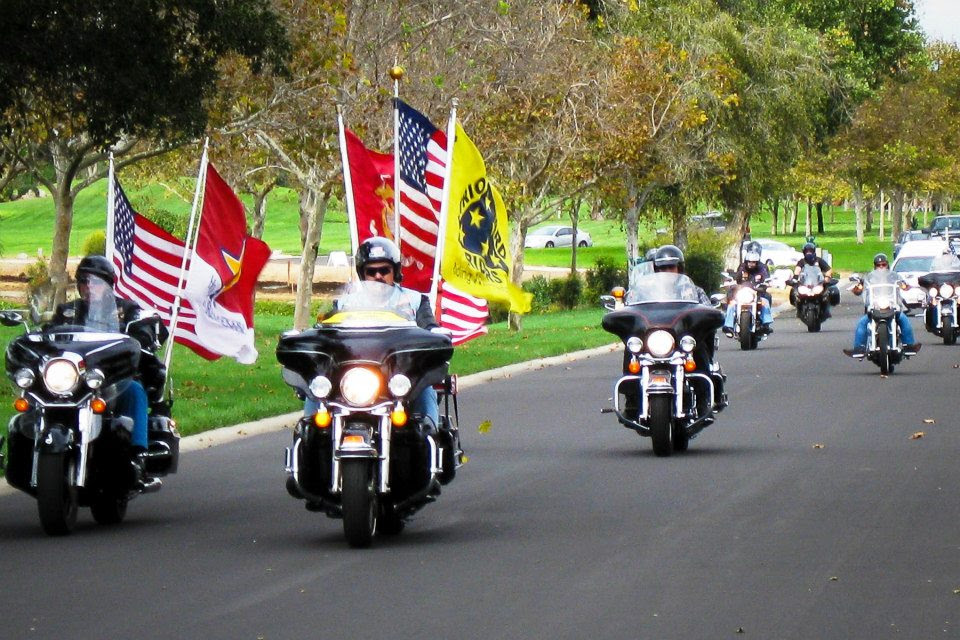 They escort the living and departed veterans on their journeys.  They escorted Pvt. Williams in relays all cross the country:

Williams’ ashes traveled across the country in style, accompanied by a battalion of Patriot Guard Riders who handed the box off from one group of motorcyclists to the next like a kind of modern-day Pony Express. Many of those riders came to Togus on Monday to witness Williams’ cremains being handed over to Maine VA officials, including Neil Wagner of Royersford, Pennsylvania.
“When I found out they were bringing a Civil War veteran, I said, ‘I can’t miss this one.’ I could be part of history,” he said. “It was very humbling. Every time he was handed off to a different guard group there were tears shed because he was getting closer to home.”

And 150 riders met him at the state line, to escort him back to Maine.  Bravo Zulu.

If you're in Augusta, Maine, you can pay your respects to Pvt. Williams through mid September at the Maine Veteran's Memorial  Cemetery, after which he will be buried next to his parents.

Hat tip (and thanks) to childhood buddy Rick for a pointer to this story.
Posted by Borepatch