You can't fix stupid, even with math

#2 Son and I have been watching a lot of space science TV, and we just saw the Drake Equation discussed on the old Carl Sagan Cosmos show. The Drake Equation is designed to estimate the number (N) of planets in the galaxy that have intelligence life.

Um, not so much. You see, we have quite poor information about what the value should be for most of these variables. The Wikipedia article covers this in some depth, but it's summed up with, well, what I said:

Criticism of the Drake equation follows mostly from the observation that several terms in the equation are largely or entirely based on conjecture.

Now look, I don't have a problem with conjecture, as long as you call it that. But Sagan doesn't. He doesn't explicitly say that it's not science, and he doesn't explicitly say it is. He also does something very interesting: he doesn't remotely spend the same amount of time or emphasis on each variable. Sagan talks a lot about the variable for intelligent civilizations that blow themselves up. He even tries a couple of different values for that variable, so see how the number N changes. Go watch it again, paying attention to this emphasis. It's quite striking.

Things that we cannot control are glossed over, even if they would massively effect the overall outcome. Things that are politically top of mind are covered in depth. Does this remind you of anything?

The title of this post is a bit unfair, because Sagan wasn't stupid. He was selling something: nuclear freeze. Now, we can agree that the nuclear freeze movement was driven by noble motives (other than the well-documented Soviet influence), but that's entirely beside the point.

Carl Sagan didn't have the slightest idea what the correct value for L is. Nobody does. And if you plug a bunch of wild guesses into something that looks all scientific, you get garbage output. 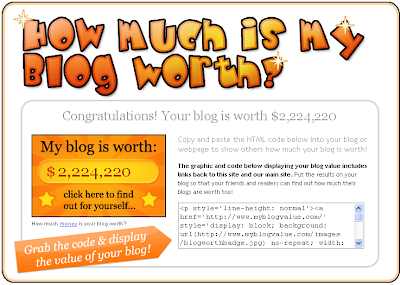 Yup, you read that right - a cool $2 million. For Borepatch.

They ask you a lot of questions about your blog, so it's actually very similar to the Drake Equation. I didn't understand what would be reasonable values for some of the variables, so I'm a bit like Carl Sagan. Except I'm not selling you anything (unless, of course, you're interested in getting in on the ground floor, in which case I'll take personal checks).

After playing twenty questions with #2 Son - the old Socratic Method - I saw the light go off over his head. At least for the Drake Equation. But it's not just him; perhaps it's a symptom of how our society is less religious, but there is a fetishization of science. We expect miracles - don't bother me with your silly, inconvenient facts.

Another way to say it is that science sells. What are you, a denier, or something?
Posted by Borepatch