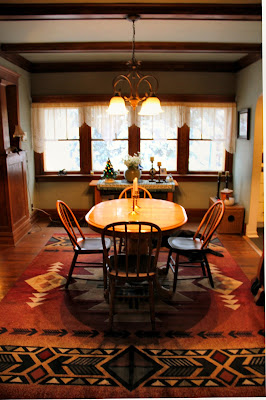 I'm getting things ready for tomorrow.  Just a fairly simple meal with my husband as after both of us being gone a good part of the month we didn't wish to travel.  My husband will likely get the SUV serviced for a trip to southern Illinois to visit his parents next weekend but this weekend we're staying home and safe. I just saw my Dad a couple of weeks ago, so I won't be flying out there for Thanksgiving with him and he has an invite to join a family nearby.

It wouldn't be the same with both Mom and my brother gone.  But thinking of that got me to smile with a memory from a Thanksgiving long ago. Mom had read somewhere that cooking the turkey in a bag would render the turkey very juicy. Except she missed the part about low temperature and the type of bag. So Mr. Turkey went into the oven in a Safeway paper shopping bag,  pop-out timer side down.

As he roasted, the juice and grease pooled in the bottom of the bag. When the timer popped, "turkey's done" it popped THROUGH the bag, releasing all the hot grease onto the burner. 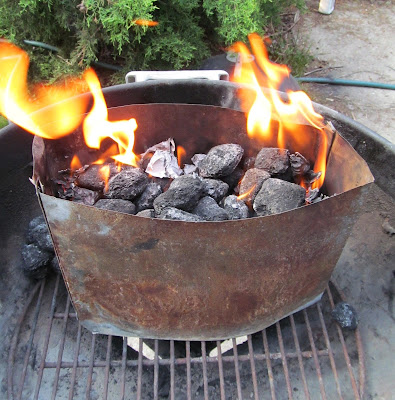 It was the first and only time I heard my Mom say a four-letter cuss word. Dad admonished her to leave the door closed as she turned the heat off.  He simply stood in the corner of the kitchen, muttering "Oh, the Humanity", tears rolling down his face as he was laughing so hard. We had KFC that year as the remains were removed in a bucket.

After Mom took ill, there were other events. A time at the vacation cabin where Dad cooked pancakes. I'm not sure how he did it, but you could hardly cut through them. He gave one to our wiener dog Pepper, who took it outside and buried it in the sand along the shore. Big Bro threw another one in the fire. It didn't burn.

I can picture that as if it were happening now, the splash of sunlight on cedar, the memory, of the smell of wet dog and the taste of laughter, of where people have lived and will always. 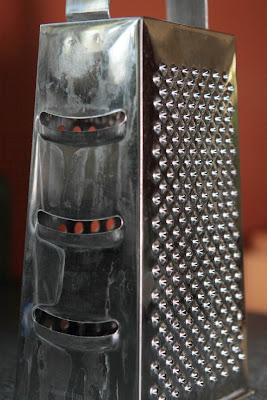 Hygge.  The word comes to mind, especially at Thanksgiving.  It's a Danish word that roughly means eating and drinking and being together with friends, a feeling or mood that comes from taking genuine pleasure in making ordinary everyday things simply extraordinary. We don't have any such word in the English language, and life today seems to rarely accommodate such a ritual.

I can be insular, and driven. At work I take no quarter and am not intimidated by blood, death or bad hair days.. Yet at home, I am a caregiver, as my Mom was with us. Even when she was tired, she would make us homemade cookies and pastries to have after school or with our lunch. Shortening scrapped from its can, dough formed and rounded, rolled flat, and rolled up, carefully studded with fragrant spices and baked golden. 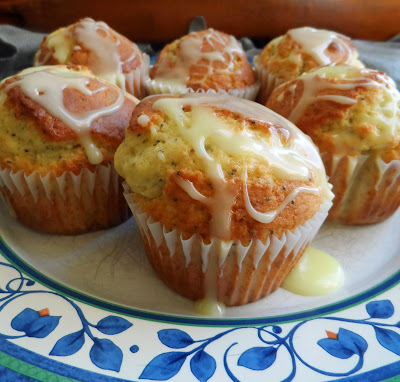 When at school, I'd open up my lunch box, and find every given day, a peanut butter sandwich, an apple, coins for milk and an ice cream and a small tinfoil packet I'd unfold with great care. Inside, the scraps of her making, dusted with cinnamon and sugar, soft and whole. I do not share. I scrape the foil clean.

Dinner at the big table wasn't just on Thanksgiving. It was every night but TV Tray in the Family Room Night. But on those dinners around the big table, I can't recall so much of what we talked about or who said what, but I do remember the gathering, the smells of beef and fresh vegetables, of laughter, of stories from school, from work, a discarding of weighty thought and the simple gathering of those you love, for nourishment of the soul. I can't recreate the exact moments through what I cook, or who I serve it to, but I still can remember how those simple meals made me feel, the redemptive power of the communion of those who love one another. 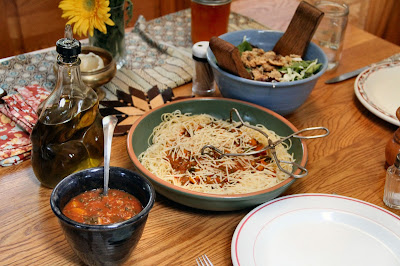 Dad is clearing stuff out of the house, as his days grow shorter.  Having just downsized and gotten rid of so much, the only things I wished from it were small; things of worth, but perhaps not value. A couple are tattered cookbooks in which are written Mom's notes of when she made something new and if we liked it. One was a folder in which Mom placed handwritten menu plans for family gatherings and holidays. Some were planned dishes, some were instructions for the meal itself. Piece after piece of small lined paper, on which her handwriting lay. 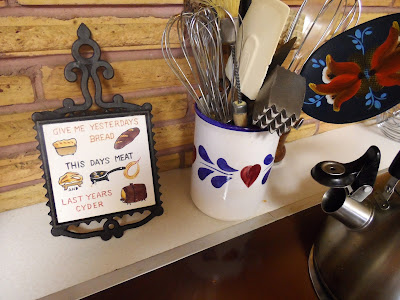 So many scraps of paper, so many meals, some dated 1962 when she and Dad were still new in the house.  It was the house she lived in the remainder of her life and to which they brought me and Big Bro home as small, scared children, to heal with them, then to belong, as family.

I hold those pieces of paper and feel the warmth, a woman preparing food for her family, for her friends, small hieroglyphs that tell me nothing but that someone loved us, scribbled messages that would not make sense to everyone but will never fail to be understood.

At that family table we learned many things.  We learned patience (I tell you young lady, you are going to sit here until you eat that squash!) We learned aerodynamics (spoon at 45 degrees, wind from the SE at two mph, PEAS, initiate launch sequence!)  We learned thanks, and not just at Thanksgiving. We learned comfort and safety.

As I went out on my own, even when I didn't have a family of my own, there was a gathering, even if I just invited over my bachelor colleagues, put together a ham and some homemade mashed potatoes and the trimmings while we listened to music and actually talked about something other than our jobs. For it was the sharing and the care that was important, not necessarily what we ate. 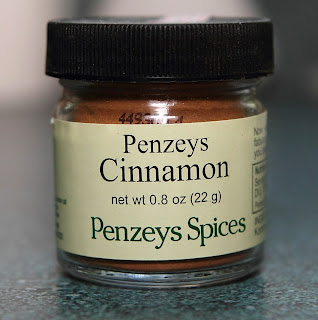 Hygge, it's something I learned from my Mom as I watched her growing up. Even as Dad bought her the latest appliances to ease her burden as she grew sicker, she continued to make things as her Mom and generations past had done, stirring by hand, shaping and crafting, only forming a brief and sullen armistice with the food processor when chemo was winning. 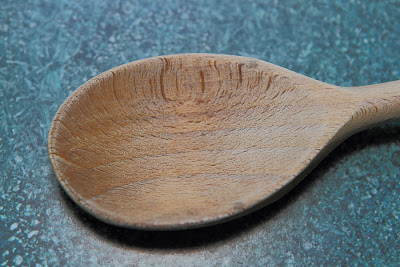 She made meals in health and she made meals in sickness, those last days where there was a look on her face as if having seen something which she knows existed even as she refused to believe in it. She'd pause, blink as if the sun was in her eyes, then go back to peeling the carrots for one of perhaps thousands of relish trays she made in her life. Then she'd set it upon that old dining room table with the captains chairs that looked like something taken off an old schooner, a table that looked out of place among all the 70's orange and yellow shag carpeting, but was as timeless as that moment.

She carried more than meals to the table, she carried us, with broken dreams and broken hearts, holding us together, even as she left us. 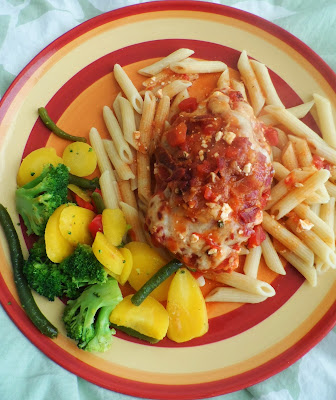 "You did good Mom" I say to an empty kitchen, the curtains in the window moving with the opening of a door as if breath. Then the curtains fall still, the room quiet as if this hushed little space is isolated in space, without time or dimension, hollowed whisperings of love and safety amidst the turmoil and fury of time. There is no light in the room now, but for one small kitchen candle, the flame standing sentient over the wick as I wait for the sound of steps on the porch.

My Dad's table will not ever be graced by all of us again, but it will be the inheritance of those who remain, few of them family by blood, but all of them family by acceptance. I hope that one day, long after I am gone, a small child will sit at it and say "tell us the story about when Great Grandma Grace's turkey blew up". . . .

. . and laughter will ring out again.
-Brigid
Posted by Home on the Range

A blessed Thanksgiving to you.

What wonderful memories; what a warm family heritage. May the Lord grace your home with His presence, and wrap you both in His love.

Thank You for sharing these Holiday memories. You've poked mine pretty hard as I lost my mom when she was 53. She was the force that made our extended family and friends 'Family'.
I swear, you have stock in Kleenex.

Again, Thank You.
Have a Great Thanksgiving.
Rich in NC

Just laughing so hard with your stories in the first few paragraphs! Hillarious and I can see myself in the middle of them.

Thanks for sharing so beautifully and Happy Thanksgiving!