Stephen emails to point out another who has reported for his last flight:

The Royal Navy's most decorated pilot, Capt Eric "Winkle" Brown, has died at the age of 97.
Capt Brown also held the world record for flying the greatest number of different types of aircraft - 487.
During World War Two, Capt Brown, who was born in Leith in 1919, flew fighter aircraft and witnessed the liberation of Bergen Belsen concentration camp.

He holds the world record for the number of aircraft carrier landings, at 2,407 (!).  God speed, Captain. 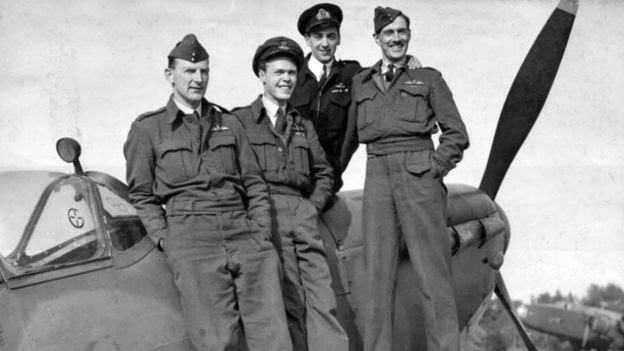