If you’re keeping score, in the past month Trump has bitch-slapped the entire Republican Party, redefined our expectations of politics, focused the national discussion on immigration, proposed the only new idea for handling ISIS, and taken functional control of FOX News. And I don’t think he put much effort into it. Imagine what he could do if he gave up golf.

As far as I can tell, Trump’s “crazy talk” is always in the correct direction for a skilled persuader. When Trump sets an “anchor” in your mind, it is never random. And it seems to work every time.

Now that Trump owns FOX, and I see how well his anchor trick works with the public, I’m going to predict he will be our next president. I think he will move to the center on social issues (already happening) and win against Clinton in a tight election.

I also saw some Internet chatter about the idea of picking Mark Cuban as Vice Presidential running mate. If that happens, Republicans win. And I think they like to win. There is no way Trump picks some desiccated Governor from an important state as his running mate. I think Cuban is a realistic possibility.

Americans are furious. Both sides of the political spectrum.

No one trusts anyone.

Both side's politicians are full of shit.

There is a general consensus that the elites are fucking over the people at large.

The republicans tried to purge their own party with the "tea party" and similar things.

The democrats tried to purge their own party with stuff like code pink, occupy wall street, and now black lives matter.

And all of this is failing. The Establishment of both parties is very good at stonewalling this stuff. Black Lives Matter shows up to a Bernie speech and basically takes it over.

They try the same thing at a Hillary speech and they don't even get in the front door.

And that's basically what has been going on. So what is Donald Trump?

In my view, he's a purgative. A drug you take to induce vomiting. You accidentally eat poison... it has to get out. So you take a purgative... and you vomit.

The Tea Party failed, because it was subverted by the Establishment.  I was a fan of "Vote Them All Out", but that failed because the Establishment funded the primary races to keep reformers out. 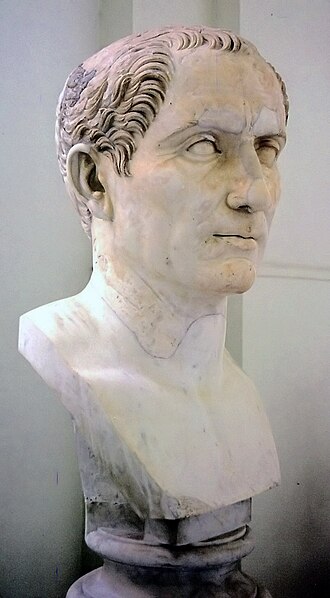 The Slashdot commenter puts his finger on the dynamic that Trump has tapped into.  Everyone hates the government and the politicians.  Everyone.  Up until now it's been irrelevant, since the Establishment has not allowed any alternative.

But Trump doesn't need them, and doesn't want them.

Julius Caesar was a master of New Media, back in the Roman Republic days.  His Gallic War was widely distributed in Rome (by Caesar's allies) and became wildly popular.  Caesar looked different from the corrupt Senate establishment.  People were sick of the Status Quo.

Caesar didn't need the Senate, because he had the public.  When it was a choice of the Senatus or the Populusque Romanus, the Status Quo collapsed.  Whether that was a Good Thing or a Bad Thing has been the subject of debate for two millennia.


If you’re keeping score, in the past month Trump has bitch-slapped the entire Republican Party, redefined our expectations of politics, focused the national discussion on immigration, proposed the only new idea for handling ISIS, and taken functional control of FOX News. And I don’t think he put much effort into it.

My estimation of Trump has gone way, way up.  This is new, and significant, and I'm not sure if any of the other candidates have any idea how to deal with him other than hoping that he gets bored and leaves, or makes a set of gaffes that will cause him to implode.  That's not looking like where the smart money is betting.

Would a Trump Presidency be a Good Thing or a Bad Thing?  There's a pretty good chance that we're fixin' to find out.  But Trump is focused on what the market wants, and what the political market wants right now is a change from the Status Quo.  And quite frankly, there are quite a few Agencies where "You're Fired" would not only be effective in correcting the path the Republic is on, but would be wildly popular with the Populusque Americanus.
Posted by Borepatch

So potentially we could have FOUR candidates next year... That could be interesting...

"...there are quite a few Agencies where "You're Fired" would not only be effective in correcting the path the Republic is on"

As in, firing the entire staff and closing the agency down. Yes, a huge yes. There are so many bureaucracies that are nothing but job security for bureaucrats. They should not exist (according to the Constitution); worse, they actively hinder the purpose for which they were supposedly created. Educational quality has gone down since the federal Department of Education was created. The TSA arguably decreases airport security. The list continues. Fire them all.

The political elite will do their best to make Trump into a laughing stock. Here's hoping he can turn the tables.

It all depends on whether the age of the social justice warrior is over or not. They've been an incredibly powerful force in western politics, and have ruined pretty much all of Europe and now America teeters on the brink.
Obutthole has opened the doors to the Gauls and the Huns, and has bought a lot of loyalty from those that live for free bread and circuses.
I like Trump too - but as Larry Coreria speculates, the media has hyped men like him before and the net effect was to galvanize those that are opposed to him.
If he comes to power there is going to be a whole chit heap of short term pain as America cleans up after decades of misrule by Washington. ..

Better a whole heap of short-term pain than the demise of the country.

And I sure don't think The Donald can screw things up worse than they already are!

I really, really dislike Trump, but I have to admit, he's tapping into an anger among the populace that nobody else is willing to tap.

He's forcing conversations that we haven't been allowed to have. He's discussing issues that everyone else has avoided for a very long time. He's shaking things up, and he's unapologetic about it. Why should he apologize? Everyone else should be apologizing for stifling and censoring the debates!

I don't like him, but I have to grant him that.

I'm not sure if I like him or not.

Actually, I think it boils down to whether I trust him or not.

He does have quite a history of being a liberal. If he were to come out and say he used to be for liberal cause, and then wised up, I think I'd respect him a whole lot more....

"The only observation I can make is the feeling of absolute depression and hopelessness when I realize that our government is so totally broken that voting has no effect."

Sigh. What he said. On one had, I harbor a little irresponsible glee to observe someone giving the establishment what they So Richly Deserve. On the other hand, I don't truly expect a positive outcome. I honestly don't have much trust or respect for the guy, but, the last folks to rise up got audited and labeled terrorists. Not many constructive options left. I see wise folks on the right bemoaning the idea that the right wing is "at war with itself". But it ain't just the right.

A couple of years ago, I mentioned to older family: "We're not voting your way out of this". They visibly recoiled at the suggestion. I've said it again since, and it's just accepted.

Trump looks like a standard neocon to me. He might not be part of the GOP "in crowd", but that doesn't mean he thinks any different than them.