A decade of Liberal failure

Actually, it's more like two decades.  Maybe more.  I posted this ten years ago, and it has held up remarkably well over that time.

The one thing I could add looking back from the present is that Donald Trump has figured out how to successfully exploit the weakened trust in our corrupted institutions, and that this is at the core of why so many people hate him with the fire of a thousand suns.  They were expecting to make further advances using the power of those institutions, but Trump shows them (again and again) that the institutions are now easily bypassed.

For example, who follows the Nightly News anymore?  Only Tools and Fools.  Everyone else has wised up - thus the inability of the News to get rid of Trump.

I also predict that governmental institutions like CDC will never recover their reputations once people realize just how badly CDC screwed up their virus projections and recommendations, and how much damage that did to the economy.  Not that this is a hard prediction to make ...

Antonio Gramsci was an Italian political theorist and Communist during the early part of the twentieth century. His ideas about the importance of the Intellectual Elite led to what is called "the Long March Through the Institutions", where leftist ideology gradually takes over the key intellectual institutions - film, the media, Universities - as a means of fostering social change.

It's fair to say that by the 1990s, that march was complete. The education system, Television, movies were safely bastions of leftist thought, with any few remaining islands of non-left thinking (say the College of Engineering) safely marginalized. At this point, the left were finally free to indoctrinate at will, to mold society in their image.

The election of 2008 is perhaps the greatest success of these institutions, where a combination of news media propaganda, University group-think spoon fed to students, and a glittering collection of Hollywood stars led to the election of Barack Obama, the most liberal president in history. The ground had been carefully prepared, and now the left could finally complete the transformation of the Country, as Gramsci had predicted.

It hasn't worked out that way. Certainly Obama has had some legislative victories, but at terrible cost. Maybe a million people have taken to the streets in protest, in the Tea Party movement. Even if a supine news media downplays or simply refuses to report these events, it's clear that the careful preparation of the Intellectual battlefield have not had at all the expected result. The Intellectual organs do not seem to be pushing the country in the desired direction. On the contrary. 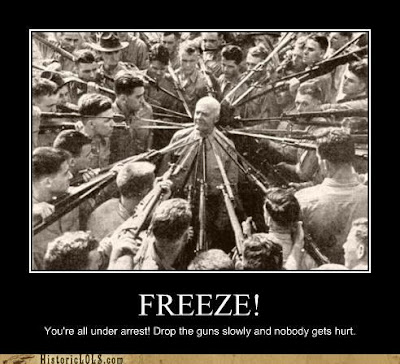 The Long March Through The Institutions is complete, but the results are not what were expected: 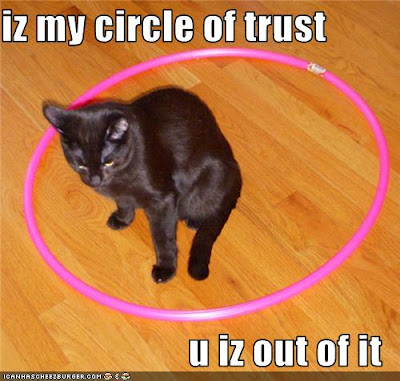 At what should be the height of the Intellectual's power under the Obama Administration, they are being rejected by the country. And so they're cracking up, like Woody Allen and Tom Friedman dreaming about a Dictatorship.  Roger L. Simon suggests why:

They sense — and Woody and Friedman sense with a different reaction — that the Culture Wars are turning. It’s partly the Tea Parties, but it’s more than that. It’s the zeitgeist. The times, they are definitely a-changin’. Liberalism, as we have known it for decades, is on the defensive. With the welfare state unsustainable, it has nowhere to turn and its adherents are turning tail in every direction. They are mad and they are, in many cases, unmoored. Lifetime ideologies are beginning to crumble. Personality constructs are at risk.

Gramsci was wrong, at least for America. We don't care about Intellectualism, and never have. All the dreaming and wishing that America "becomes more like Europe" is empty. Not happening, at least on this side of the Atlantic.

The crackup isn't pretty. Bush wasn't supposed to win, and we saw Bush Derangement Syndrome. Obama did win, but we still see Palin Derangement Syndrome. Charges of "racist" and "sedition" are tossed around, to general derision. At what should be their moment of final victory, it's all turning to dust.

Will the last people to leave the Institutions please turn out the lights? We're trying to be Green and Save the Planet ...

UPDATE 3 June 2010 10:57: Welcome visitors from Tam's place, and she's quite correct: you should also read this and this and this. I've focused here on the Great Tyranny, the one on the national level. The petty tyranny of the local school board or zoning council is another post or ten. You should also read this follow-up post that was triggered by Wolfwalker's excellent comment here.
Posted by Borepatch

This is why I come here (well, for that and the musical education).

What worries me is that the people in control either do not read history and so are ignorant or do read history and plan accordingly.
Thank you.
Gotta love Tam. She is a thinker with a long memory who is able to connect the dots.

I'm thankful I live in an area with no zoning and no building permit requirements.

Let's not get too giddy here. The Left never gives up and the Right tends to go back to sleep after a tactical victory.

Freedom is a fragile thing and is never more than one generation away from extinction.It is not ours by inheritance; it must be fought for and defended constantly by each generation, for it comes only once to a people. Those who have known freedom and then lost it have never known it again.
Ronald Reagan