All quiet on the Western Front, 2018 edition

So far, at least. 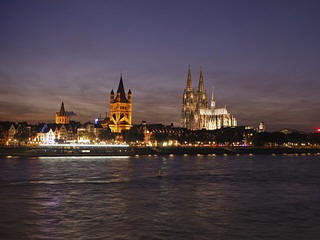 The New Year's celebration has already begun in Europe (heck, it's already over in Asia).  Cologne has been much in the news for large scale sexual assaults at these events.  There's another such party in that fair Stadt going on right now.

Interestingly, German biker gangs have been mobilizing.  This hasn't been publicized much, and any exuberant "discussions" tonight likely won't be either, as the Press desperately tries to keep all Unapproved® opinions locked firmly in the pressure cooker.  Smart strategy, that.

The question remains: what happens if a significant portion of the population decides that the State will no longer enforce justice impartially, but rather favor particular groups?  Will we see the return to the days of the Hatsfields and McCoys, of the Montagues and the Capulets?  Have we already seen the return to those days?  And is Germany still able to go from zero to jackboots in 5 years?

May you all have a happy and peaceful New Year's celebration.
Posted by Borepatch

It is amazing that Germany today, just like Germany in the late 30's and early 40's, is oppressively controlling the news and even personal speech. So what did we defeat in 1945?

My daughter and her fiance were in Berlin for the New Year celebration. She was using her new iPhone to take some video, when some random fellow of decidedly non-Germanic appearance decided to hit her iPhone screen hard enough to crack it. Probably fortunately, the jerk was alone, doing a hit-and-run, instead of with a group.